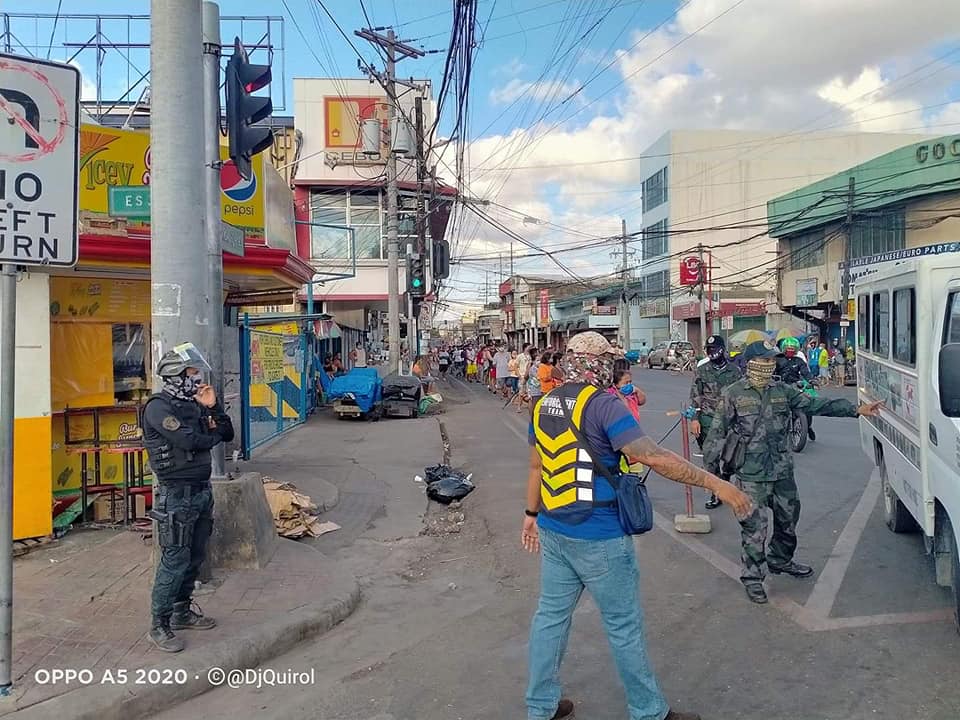 The Market Operations Division in Cebu City has limited the entry of people in the Carbon Market in this file photo. The same measure is expected to be implemented during Holy Week to prevent a repeat of last year’s incident where people crowded the city’s biggest market to buy ingredients for their favorite Lent delicacies such as binignit. | Photo Courtesy of Market Operations Division

CEBU CITY, Philippines — Cebu City Mayor Edgardo Labella is finally working back at the City Hall after a month of working from home while recuperating from an ear infection.

Labella said he has chosen to work at his office because there is so much to do with the upcoming holidays and other city matters that he said needs hands-on management.

“Hiding is not an option when you are in public service,” he added.

The mayor said that during his first day back at his office, he met with Police Colonel Josefino Ligan, the director of the Cebu City Police Office (CCPO), to discuss the city’s security measures for the upcoming Holy Week from March 28 to April 3, 2021.

Labella added that with the upcoming Holy Week, there is a need to secure the markets to avoid a repeat of the 2020 “binignit incident,” where people buying ingredients for the holiday dish flocked the Carbon Market amid an ongoing Coronavirus Disease 2019 (COVID-19) pandemic.

The CCPO has been instructed to coordinate with the Market Operations Division (MOD) to discuss how to avoid overcrowding at the Carbon Market and other markets around the city.

The initial plan is to implement some kind of barangay coding scheme that allows only the residents of a few barangay to go to the Carbon Market on certain days.

This way, only a few people can go to the Carbon Market on certain days leading to the Holy Week and the monitoring of the shoppers going into the market can be well-monitored.

Since the plans are still being polished, MOD Head, Irvin Cabales, said they still have not identified how the barangay coding will go about.

The MOD and police are considering various factors including how they will verify the residency of the shopper, the flow of the public inside the market as well as the flow of traffic inside and within the immediate vicinity of the market.

Cabales said in a phone interview with CDN Digital that the final plans will be revealed to the public at the end of the week.

Mayor Labella has also encouraged the residents of barangays with their own public markets to buy their binignit ingredients there.