Pacquiao has plans to run in 2022 presidential race, says Lacson 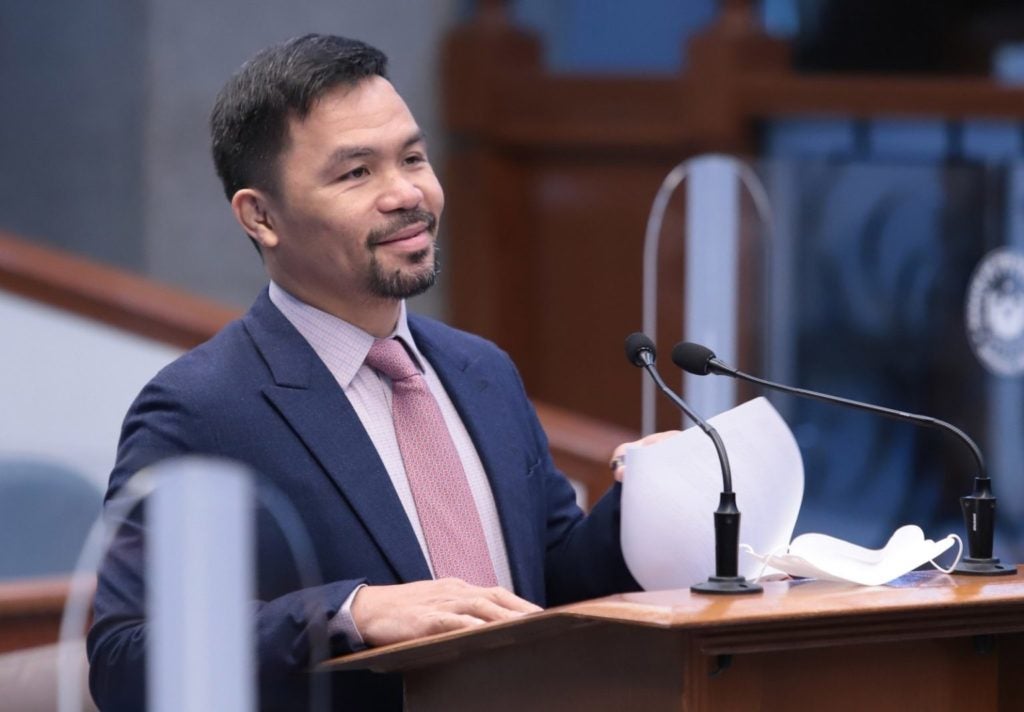 MANILA, Philippines — Senator Panfilo Lacson on Friday disclosed that Senator Manny Pacquiao has plans to run for the presidency in the 2022 national elections.

Lacson said Pacquiao has approached him several times regarding his plans for the 2022 polls.

When asked if Pacquiao plans to run for the presidency, Lacson answered in the affirmative.

“This was late last year. Yeah. Sinabi naman niya. He’s quite open about it. Although, ayaw niyang pagusapan because of COVID and in fairness to him, consistent naman siya na COVID muna tayo, ‘wag na muna ‘yong pulitika,” he added.

Pacquiao has repeatedly said he is not keen on talking about politics as the threat of the COVID-19 pandemic in the country persists, saying government officials and politicians should focus instead on helping Filipinos in need of assistance.

The boxing champ-turned-politician is currently serving as the national president of ruling party PDP-Laban, where President Rodrigo Duterte is the chairman.

Read Next
Security measures for quincentenary celebration of Christianity in place