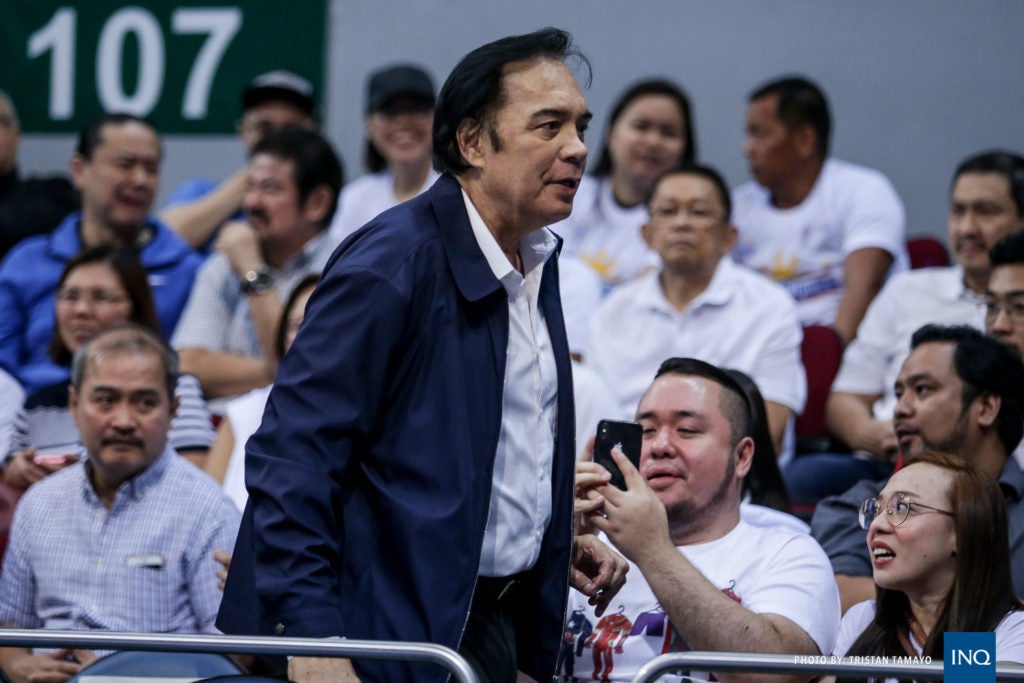 PBA legend Robert Jaworski during a Gilas game in 2018. Photo by Tristan Tamayo/INQUIRER.net

MANILA, Philippines—PBA legend Robert Jaworski is getting better by the day following a bout with pneumonia in 2020 that got complicated when he also contracted a blood abnormality.

Jaworski’s family’s relayed the information through their Facebook account, saying the basketball icon was hospitalized last year after getting diagnosed with pneumonia.

The family also disputed rumors that Jaworski, who turned 75 on March 8, contracted COVID-19.

“Last year he was hospitalized due to a bout with pneumonia. He, however, tested negative for COVID-19. Due to a non-life-threatening blood abnormality that was discovered by his doctors in 2016, former Senator Jaworski has experienced difficulty in regaining his strength, weight, and normal well-being. Despite this, he is making good progress and is slowly moving forward,” wrote the family.

“At this time of his recuperation, our family would like to request your continued well wishes and prayers for our beloved father. Allow us to thank everyone in advance for respecting our request for privacy while he is on the way to full and complete recovery.”

Jaworski, despite his advanced age, was still a regular fixture during Ginebra games in the 2019 season, especially during the playoffs.

The family also thanked the supporters for their well wishes during Jaworski’s health crisis.

“We would like to express our most sincere and heartfelt gratitude and appreciation to all those well-wishers, and those that sent their greetings and tributes,” said the family. “You made our father happy. Huge thanks to all of you.”