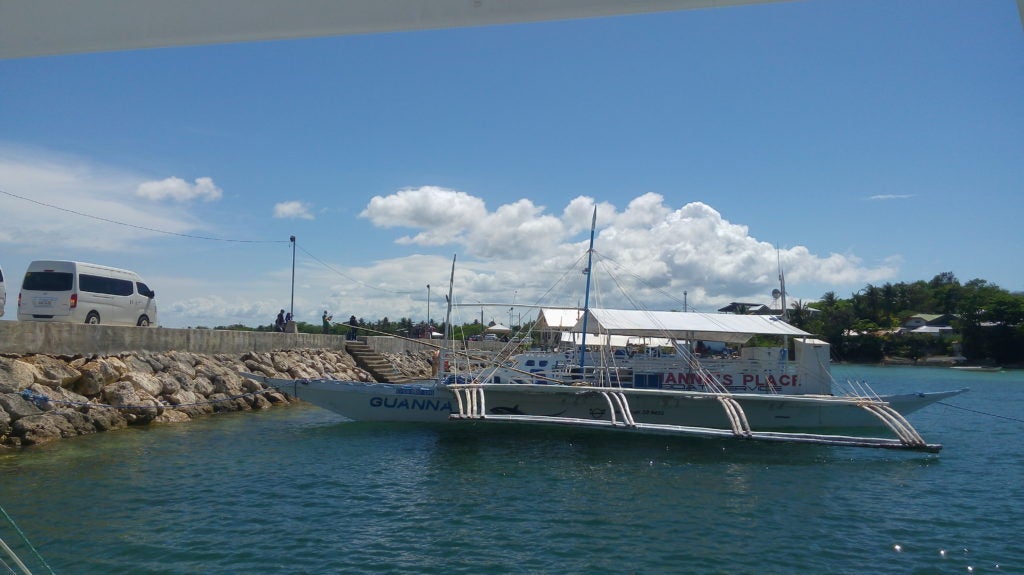 MALAPASCUA ISLAND, Daanbantayan – Many of those who depend on tourism for their livelihood were badly hit when the lockdown started a year ago in March 2020.

Still, people like Rey Villamor, who is from Malapascua Island in Daanbantayan town, said that for as long as the sea is there, he will always have an opportunity to feed his family.

Villamor, the captain of Juan Juana, a wooden pump boat that transports passengers from the Maya Port in mainland Daanbantayan town to Malapascua Island and vice versa said that despite the pandemic, he continued to spend most of his time at sea, but this time to catch fish. 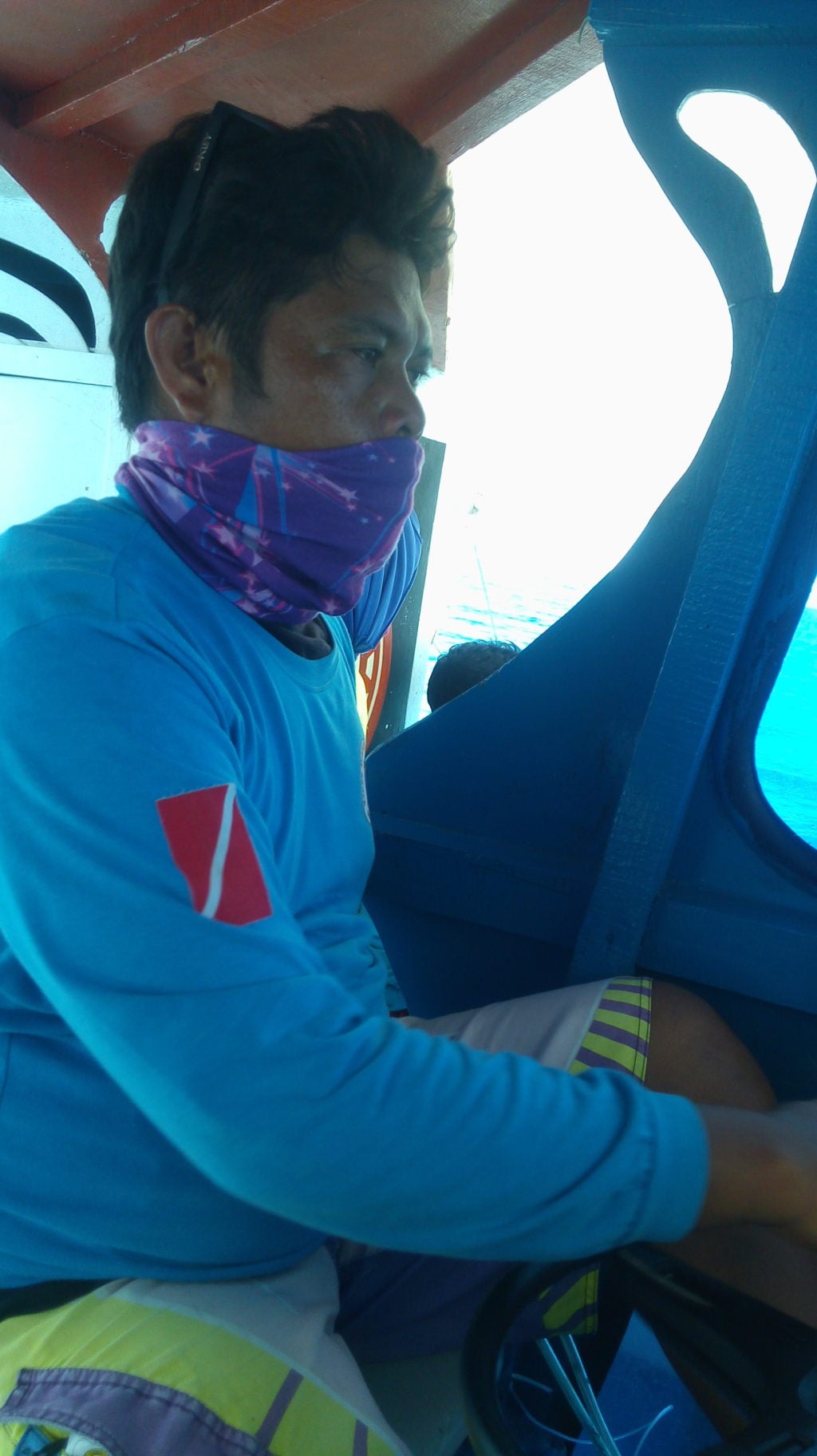 The 36-year-old Villamor, who has been boat captain for five years now, said that he decided to again do the things that he used to master as a boy like “mamana” (spearfishing) so he would have freshly caught fish to bring home to his family.

He said that his wife and children depend on him for their survival.

Before the pandemic hit, Villamor said that he would earn at least P6,000 every 15 days from his work as a ship captain.

He would make several trips from the Maya Port to Malapascua Island that might be reached after a 30- to 50- minute boat ride depending on the sea condition.

LOOK: Images of Malapascua Island as the sun rises

Their pump boat has a capacity of 20 passengers paying P100 each, earning him and his three helpers P2,000 for a one-way trip.

They would normally earn more in December, which is the peak season for travels to the island.

He said that many tourists would visit the island during the holiday break for vacation and enjoy its white sand beaches.

Whatever amount they would make after making several trips each day is collected by the boat operator.

Half of the amount goes to the boat operator while the other half is shared by Villamor and his helpers.

They are able to collect their share of their earnings every 15 days.

Since he is boat captain, he gets a little extra from their operator allowing his take home pay to reach at least P6,000 for 15 days.

But since the pandemic hit and tourism-related travels were restricted, Villamor said that they would be already lucky to make one round trip per day. 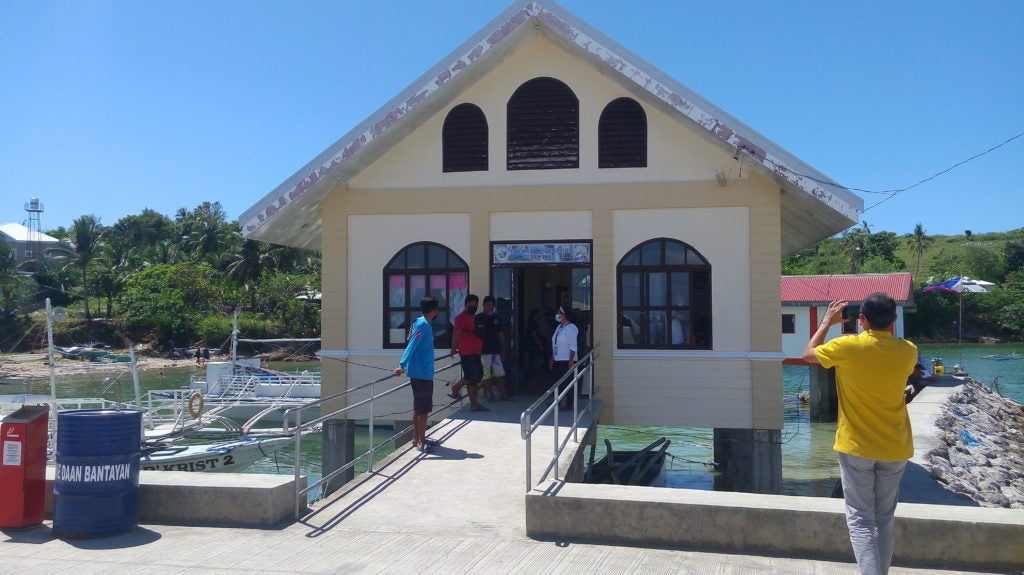 Travelers are asked to pass by the tourism office located at the Maya Port to register and for temperature scan. | Doris Bongcac

While they were already allowed to resume operations, their passenger capacity was reduced by half starting in January. This means that they are only allowed to carry 10 passengers paying P150 per trip to ensure compliance with the government’s health requirements.

With the drop in their passenger capacity, the boat fare in their assigned route had been increased from P100 to P150 per head.

Still, he and his three helpers are barely able to earn anything since most of the trips they have so far made are with less than 10 travelers on board.

He said that his income dropped to only around P2,000 every 15 days. 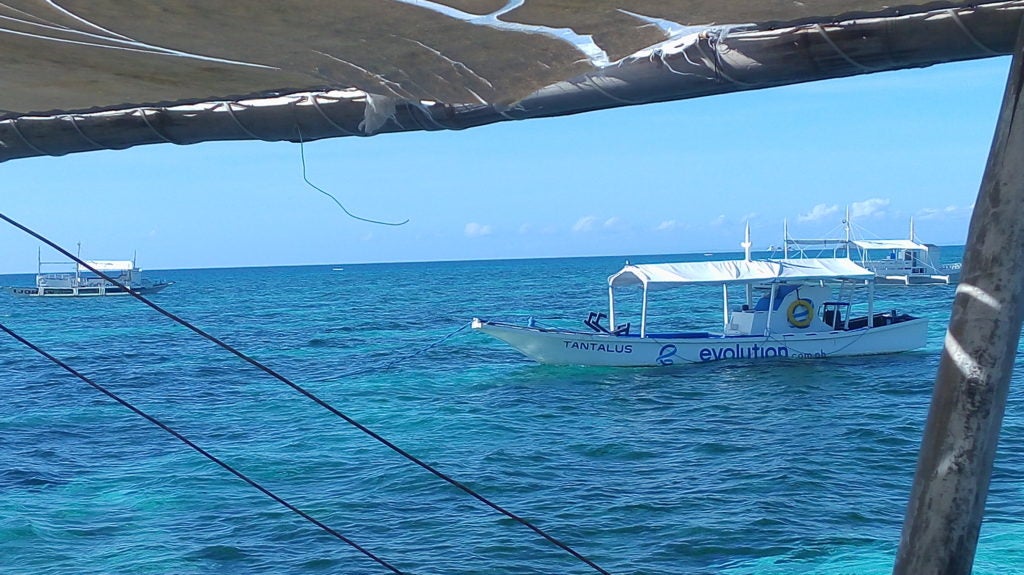 Very few travelers have visited Malapascua Island in Daanbantayan town in the past months. | Doris Bongcac

And since boat trips are now scarce as a result of the drop in Malapascua Island’s tourism traffic, Villamor decided to spend his spare time — “mamana” (spearfishing).

(It is better this way because I am able to provide viand to my family and whatever amount I earn from our trips, I spend to buy rice.)

People like him, who earn from tourism related activities, can only wish that everything will now be back to normal and that more tourists will come and visit Malapascua Island so they can already earn and hopefully recover from the ill effects of the pandemic.