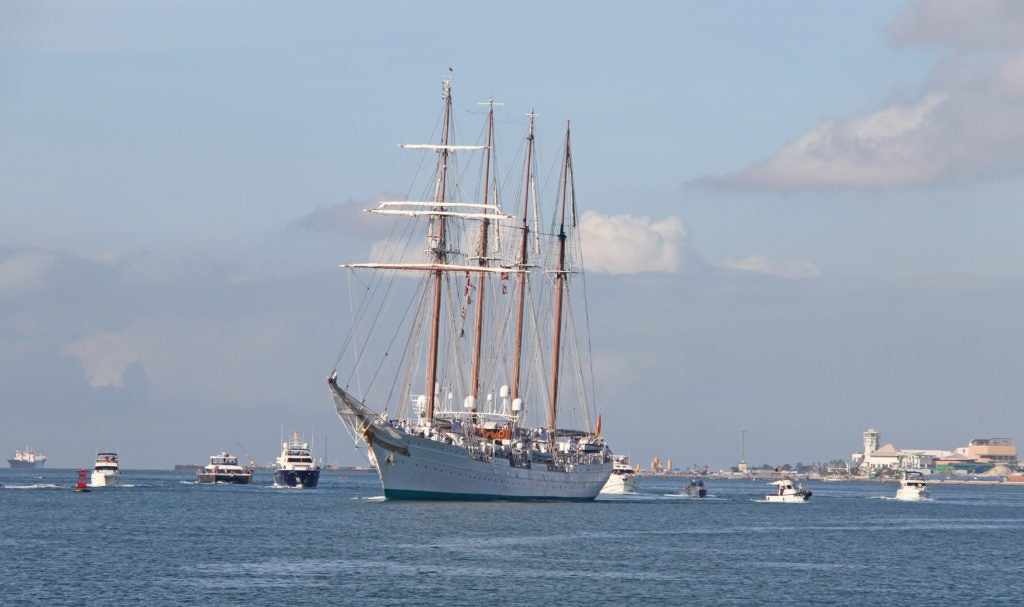 Spain’s Navy Training Ship Juan Sebastian Elcano arrived in Cebu City on March 20, 2021. The ship’s trip to the Queen City of the South is in line with the Quincentennial Celebration of the world’s First Circumnavigation. | CDN Digital photo / Brian J. Ochoa

CEBU CITY, Philippines— The Cebu visit of Spanish training naval ship, Juan Sebastian Elcano, was indeed a memorable one especially for netizens who feasted their eyes on its handsome and pretty crew members.

Comments expressing their admiration for the crew members flooded the social media shortly after photos of their arrival in the Queen City of the South became known.

The Goodwill Port Call is part of the quincentennial celebration of the arrival of Christianity in Cebu.

READ: Elcano arrival in Cebu: A commemoration of circumnavigation, not celebration of Spanish conquest

As the ship docked at the Cebu International Port (CPI) in Cebu City on Saturday morning, March 20, netizens could not help but marvel at its beauty and that of its passengers.

The ship is on a seven-day visit to the Philippines from March 16 to 22. It departed Spain in October 2020 to retrace the route of Portuguese explorer Ferdinand Magellan and Elcano five centuries ago.

It arrived at the Suluan Island in Guiuan town, Eastern Samar on Tuesday, March 16, before it went to Cebu.  It is also scheduled to leave the country on March 22 for Indonesia.

The vessel will be making several other stops before its arrives in Spain on June 13.

And speaking of divine beauty, the sight of its 62 crew members surely elated netizens who feasted for their eyes on the crew members as they waved and smiled at the crowed that greeted them at the CIP and those who were watching the livestream of their historic visit.

CDN Digital also shared photos of the ship’s crew members and the brief program that was held on Saturday to formally welcome them to Cebu.

The most loved photos reaching 259, 030 people online were the those that showed the handsome and beautiful faces of its crew members. 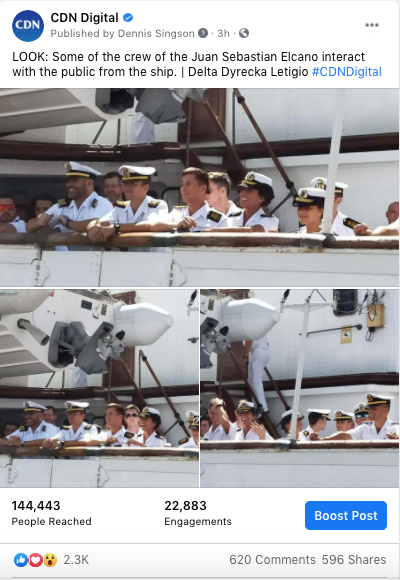 Here are some of the crazy and hilarious comments sent by our ka-Siloys: 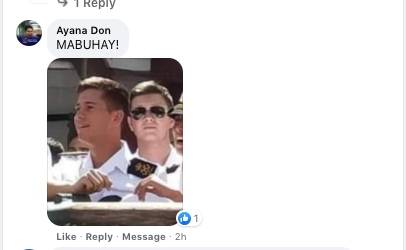 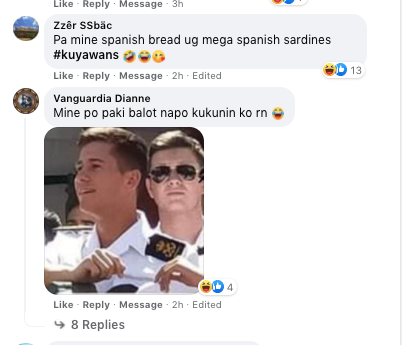 There were also those who were looking for Lt. Luis Martinez Garcia, the ship’s handsome public information officer. 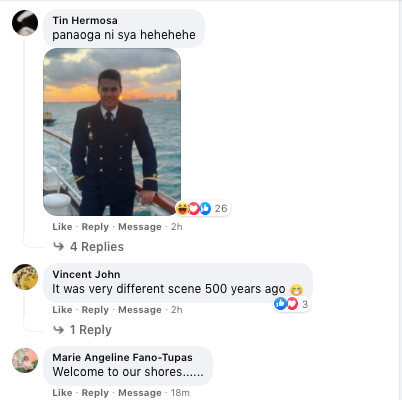 On a serious note, their visit was a historic event because it was made to retrace the Magellan’s expedition from Spain to the Philippines.

And let us not also forget the sacrifices made by our ancestors, who fought and died for our freedom. / dcb

Read Next
Vaccine waste in the midst of scarcity