CLOSE
LATEST NEWS
THIS IS FROM MARCH 22 TO APRIL 3 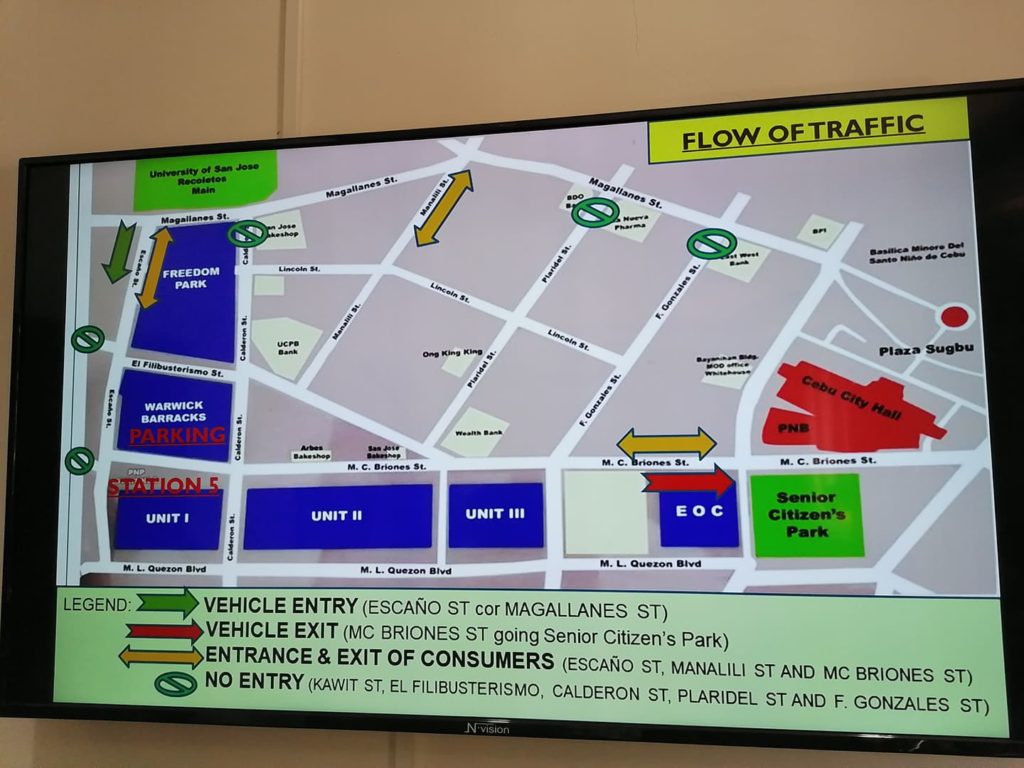 This is the traffic plan in and around the Carbon Public Market that the Cebu City Police Office (CCPO) proposed to the city government as part of their preparations for the Holy Week. |via Morexette Marie Erram

CEBU CITY, Philippines — Despite the information dissemination prior to the start of the implementation of the no private vehicles allowed in Carbon Market area, there were still private vehicles who attempted to enter.

Arriola said that they stopped the vehicles and told them about the no private vehicles allowed in Carbon Market area rule which would be implemented starting Monday, March 22, until April 3, a Saturday.

(Maybe, they are not aware that it’s prohibited [to enter the area]. So they were flagged by our personnel, and they listened and complied.)

He also said that composite teams were manning these street entrances to the Carbon market.

The composite team is made up of policemen from Carbon Police Station, personnel from the Market Operations Division of Cebu City, and volunteers from Task Force Kasaligan.

Arriola said that the first day implementation of the  no private vehicle in Carbon Market was generally peaceful and that the public was cooperative.

He also said that he would meet with the composite teams to discuss the first day implementation and if there would be a need to improve the security in the market.

Last March 12, CCPO Deputy Director Wilbert Parilla announced that they would be opening three entrance and exit points for the market-going public. This was a way to control the crowd going to the market.

On March 17, the no entry of private vehicles in Carbon Market rule was announced as part of the security preparations and crowd control for the marketgoers during the Lenten season.

Aside from that, authorities also announced the closure  of the streets of Kawit, El Filibusterismo, Calderon, Plaridel, and F. Gonzales, while vehicles trying to access the Carbon Public Market will be rerouted to Escaño Street near Magallanes Street, and exit through M.C. Briones Street towards the Senior Citizens Park.

Police Colonel Josefino Ligan, CCPO chief, previously said that this was also to avoid the overcrowding that happened last year when people flocked to the market to buy ingredients for binignit.