The police continue to investigate the three men who were arrested during their operation that was made in coordination with the Philippine Drug Enforcement Agency in Central Visayas (PDEA-7). 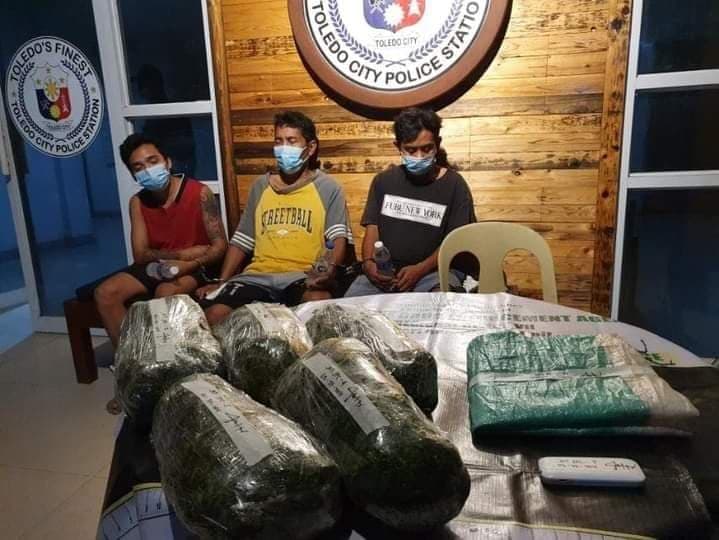 Leia Albiar, PDEA-7 spokesperson, said that the suspects can dispose 30 to 50 kilos of marijuana leaves per week.

Albiar said that law enforcers also continue to look for at least three more individuals who were believed to be with the three arrested individuals when the buy-bust operation happened past 9 p.m. on Friday, but managed to escape.

She identified two of them as Mark Abadinas and Junjun Abadinas while the third one remains unidentified.

Albiar said that they are also verifying reports that the three arrested individuals would source their dried marijuana leaves from the three at large suspects.

The five bundles of dried marijuana leaves weighing five kilos and worth P600, 000 that were confiscated Friday night are believed to have come from a plantation in Cebu province.

Albiar said that complaints for the violation of the Comprehensive Dangerous Drugs Act of 2002 are now being being prepared against the three arrested men and the three others who remain at large. / dcb