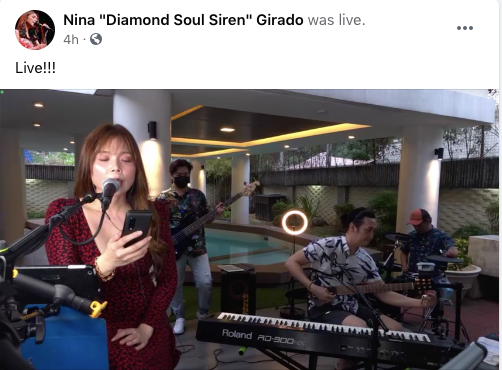 CEBU CITY, Philippines— Nina, known as the Diamond Soul Siren, gave her fans and viewers a soulful Monday night via a live music session on Facebook.

For three hours, she and her band graced and serenaded viewers with soulful music.

One of the most known songs by Nina is her rendition of “Foolish Heart.”

And to please everyone’s foolish hearts, she performed the song during her live show and quickly became a viral hit online.

Foolish Heart hit the Twitter world almost instantly after her performance of the song.

Followed by the hashtag #NinaLive. 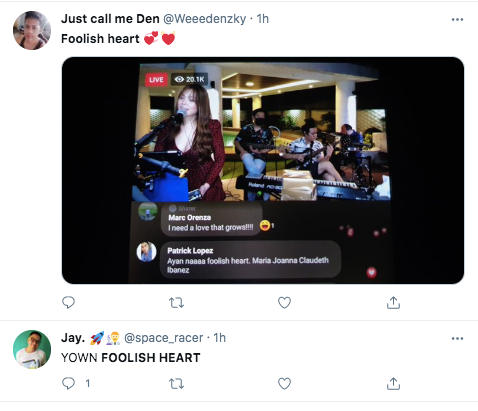 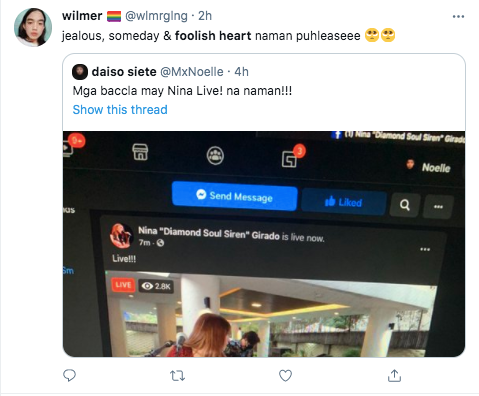 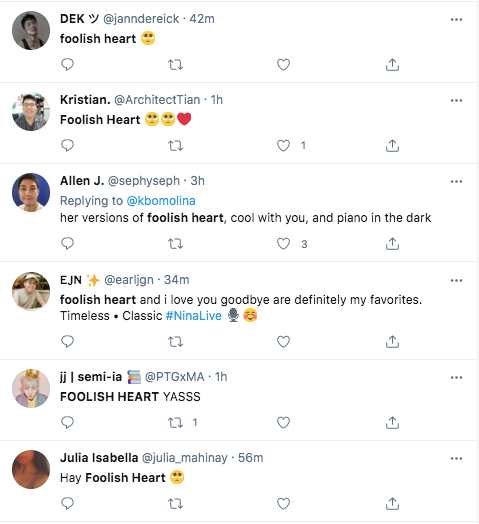 Nina’s powerful and soothing voice surely made her followers have a relaxing night.

So, what’s your favorite Nina song?