Sixteen individuals including 13 construction workers who turned their bunkhouse into a drug den, were arrested by PDEA-7 agents in two separate drug busts in Cebu City on April 9 and 10, 2021.

CEBU CITY, Philippines — Around P748,000 worth of ‘shabu’ were seized, a drug den was dismantled, and 16 individuals including 13 construction workers were arrested in two separate anti-drug operations conducted by the Philippine Drug Enforcement Agency (PDEA-7) in Cebu City.

Around 7 a.m. today, April 10, 13 construction workers who turned their bunkhouse into a drug den were arrested in Sitio Apas Central in Barangay Apas. The drug den was also dismantled by authorities. 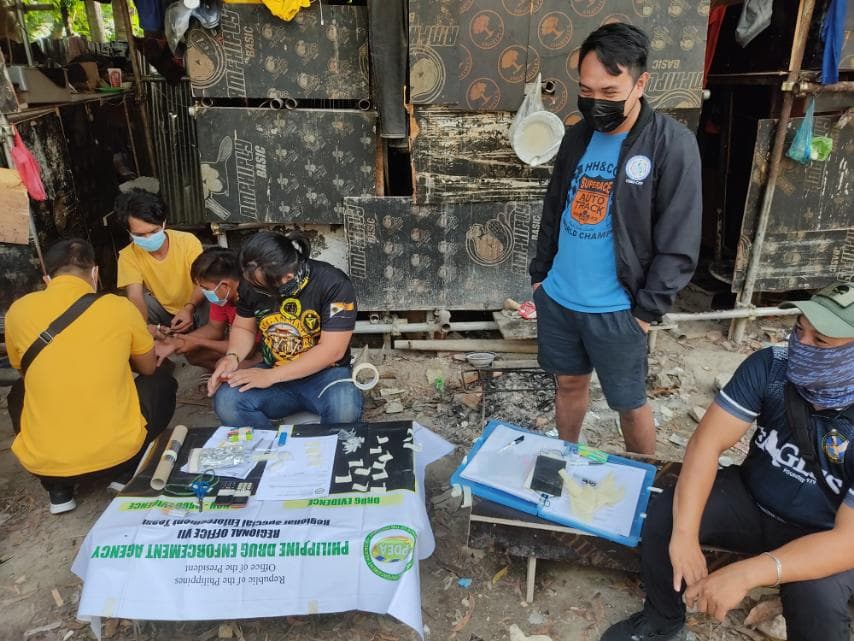 A drug-den was dismantled, while 13 individuals were arrested in a buy-bust operation conducted by PDEA-7 around 7 a.m. today, April 10, in Barangay Apas, Cebu City. | Photo from PDEA-7

Candillada is said to be the drug den maintainer while the rest are stay-in construction workers.

Albiar added that the group consumes around 10 grams of ‘shabu’ per week.

PDEA operatives and personnel from the 32nd Military Intelligence Company Philippine Army and 7th Intelligence Service Unit of CentCom staked the area for around two months before this morning’s raid.

Aside from conducting drug busts, Albiar said PDEA is also prioritizing the dismantling of drug dens as these are considered breeding grounds for criminality.

Meanwhile, on April 9 at around 8 p.m., PDEA operatives also conducted a buy-bust operation along Arca Street in Barangay Mabolo where three suspects were arrested. 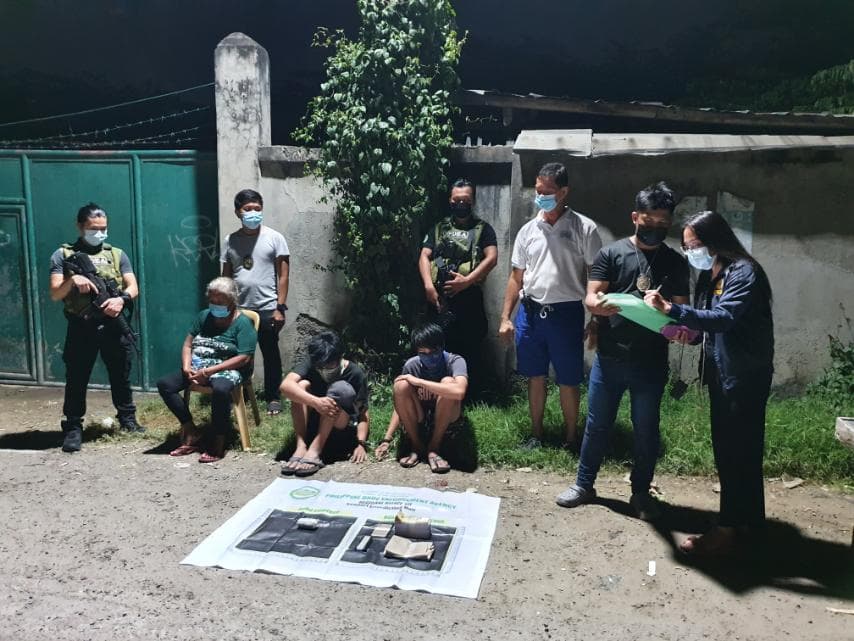 PDEA operatives arrested three individuals during a raid on Friday, April 9 along Arca Street in Barangay Mabolo. | Photo from PDEA-7

Albiar said the three, who are all residents of said barangay, are considered high-value targets who can dispose of around one kilogram of ‘shabu’ per week with Cebu City as their main area of distribution. Albiar however, said they are not discounting the possibility that the three can deliver to neighboring areas as well.

Seized from the three was a pack of suspected ‘shabu’ weighing around 100 grams with a market value of P680,000.

Albiar said that the sixteen individuals apprehended during their two-day operations are currently detained at the PDEA detention cell in Sudlon, Barangay Lahug in Cebu City.

They will be charged for violating Article II of RA 9165 or the Comprehensive Dangerous Drugs Act of 2002.

As of this posting, PDEA operatives are still conducting interrogation proceedings to establish the possible connection of the suspects to other drug groups as well as their respective backgrounds.  /rcg