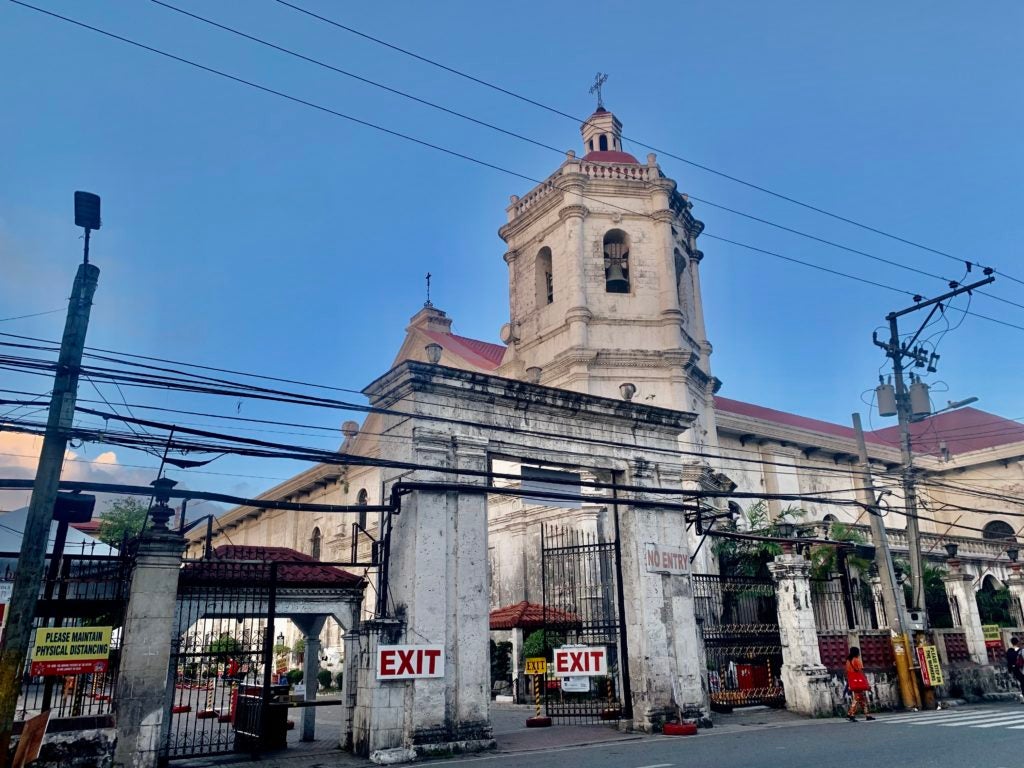 CEBU CITY, Philippines — Augustinian friars of the Basilica Minore del Sto. Niño de Cebu on Thursday, April 15 clarified that the church and the neighboring Pavilion of the Magellan’s Cross are the only cultural icons recently named as National Cultural Treasures.

Priests on Thursday issued a statement on the media, stating that the National Cultural Treasures recognition from the government was given to the church and the Pavillion of the Magellan’s Cross, not the image of Señor Sto. Niño.

It was signed by Fr. Ric Anthony Reyes, spokesperson of the Basilica.

“We want to clarify that the collective declaration was bestowed to the Basilica Minore’s Church and Convent and the Pavillion of the Magellan’s Cross in pursuant to the Museum Resolution No. 55-2020 of the National Museum of the Philippines,” portions of the statement read.

“The Sto. Niño image did not receive the designation of NCT contrary to the reports released to the public preceding and subsequent of the declaration of April 14, 2021,” it added.

The church’s clarifications ran contrary to the statements initially released by the National Quincentennial Committee (NQC) last February, saying that the statue of the Holy Child and the Basilica church where it is enshrined will be given the status as National Cultural Treasures.

NQC is the organizing arm of the National Historical Commission of the Philippines (NHCP) for the quincentenary commemorations of the arrival of the Magellan-Elcano Expedition and the Victory of Mactan.

The National Cultural Treasure is the highest recognition in terms of heritage value from the government.

Last Wednesday, April 14, the NHCP led the ceremonial declaration of the Basilica church as a National Cultural Treasure.

It coincided with the 500th Anniversary of the First Baptism in the Philippines under the Roman Catholic church’s 500 Years of Christianity celebrations.

IN PHOTOS: 500th Anniversary of the First Baptism