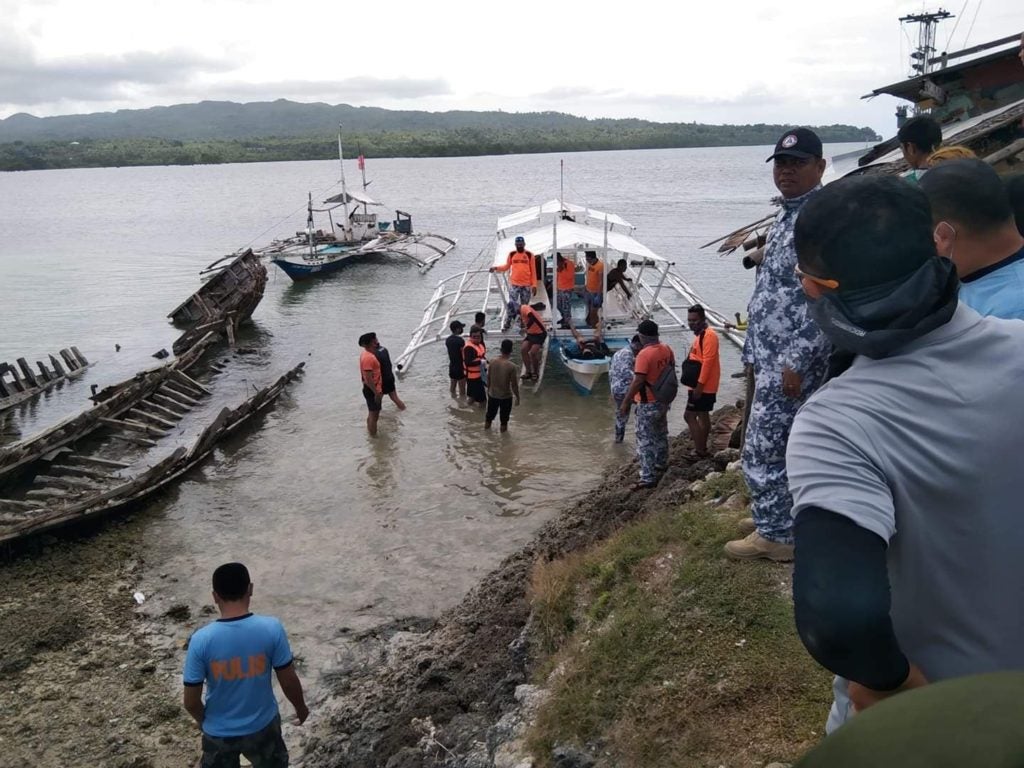 The bodies of two men who drowned while swimming in the waters of Barangay San Isidro in San Francisco town, Camotes Island were returned to their families on Wednesday, April 21. | Photo from San Francisco Police Station

CEBU CITY, Philippines – Authorities already recovered the bodies of two men who were reported to have gone missing after they drowned in the waters of Purok Canlusong in Barangay San Isidro in San Francisco town, Camotes Island on Tuesday afternoon, April 20.

The victims were identified as John Mark Gerodias, 18, and Clark Paradero, 21, who are both from Purok Baring in the same barangay.

Police Corporal Aldred Bonjoc said the two were part of a group of eight men who went swimming at about 1 p.m. on Tuesday, unmindful of the huge waves caused by Typhoon Bising.

Six of their companions managed to immediately swim to the shorelines when big waves hit.  But the two drowned.

Their bodies were found past 9 a.m. on Wednesday, April 21, during a joint search and retrieval operation by the Philippine Coast Guard, San Francisco Police Station, Maritime police, and volunteer fisherfolks.

In his report, Police Captain Efren Diaz Jr. said that the two bodies were found floating in the waters of Purok Canlusong in Barangay San Isidro.

“The said individuals were positively identified by their relatives and their cadaver will be subjected for post mortem examination,” Diaz said. / dcb