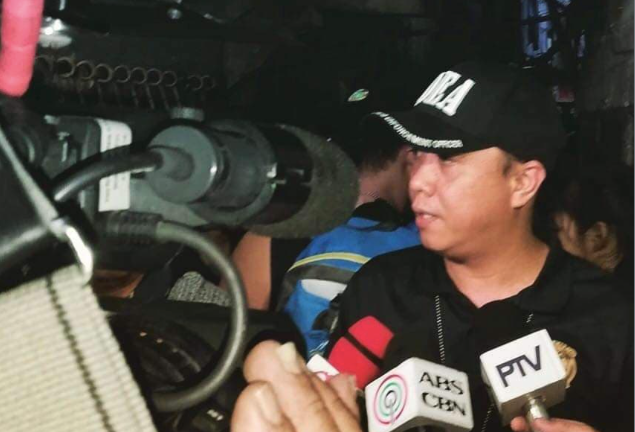 CEBU CITY, Philippines — As the regional director of the Philippine Drug Enforcement Agency in Central Visayas (PDEA-7) warns about fake PDEA agents, he also encourages victims to report the incident to police so that the proper intervention will be done.

Regional Director Levi Ortiz of PDEA-7 said this in a phone interview on Friday, April 23, after he received reports about an 18-year-old man, who was allegedly being taken by unidentfied men posing as PDEA agents during an alleged anti-illegal drug operation that these fake agents were conducting in Barangay Basak in Cebu City on April 17.

Ortiz said that the victim’s family could report the incident to the police and give more details about the incident so that they could investigate this and perhaps, identify and arrest these fake PDEA agents.

He said that he had heard several reports about these fake agents but he could not do anything directly about it because these were impostors and not real lawmen.

(We have received several reports about that. We cannot determine, who these persons are. We cannot file a case because we cannot do the appropriate intervention of the incident.)

He has already coordinated with the intelligence community but they too had no information about this kind of modus.

He said that he was already alarmed about this because this was not the first time that he had received reports of fake agents conducting anti-drug operations.

He also coordinated with the police but they too had no information about these people.

He said as for the reported alleged abduction of the 18-year-old man, police had yet to confirm this because the family member, who reported the incident, did not return to the police station to follow up on the incident and to give more details about it.

What real PDEA-7 agents do

Ortiz said PDEA-7 agents would not bring an arrested suspect anywhere but to the detention cell after the inventory of the confiscated items.

He said PDEA-7 agents could not wear uniforms during the raids because obviously it would be an undercover operation when they would be conducting buy-bust operations.

However, Ortiz said after the operations, the suspect could ask for the ID of the agents, and there would also immediately be an inventory of the confiscated items at the area.

He also cited instances when the suspect and the inventory of illegal drugs would be moved to another area.

(There are instances when we have to bring the arrested suspect and the confiscated items to another area. This is if there are chances of a shootout in the area or an armed group is found out to be nearby and the lives of the operatives would be placed at risk. Those are the instances when the inventory of confiscated items and the suspect would be brought to the nearest police station or PDEA office.)

He said that this was not the first reported incident of persons impersonating PDEA agents.

He said there were also reports of similar incidents in Dumaguete City.

He said if these persons would be arrested, they would be charged with the crime of Usurpation of Authority.