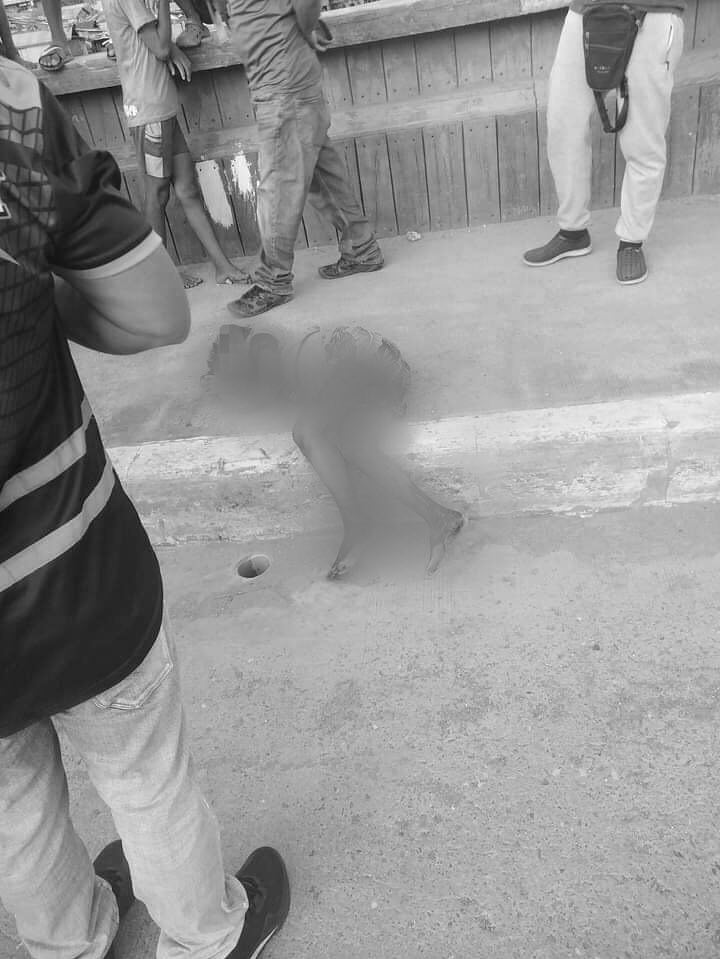 The 12-year-old victim of a shooting incident at the South Road Properties, lay motionless on the pavement while waiting for emergency responders. | Contributed photo

CEBU CITY, Philippines– The minor who was shot dead by a security guard for allegedly stealing scrap metal from a construction site in Barangay Mambaling, Cebu City, has died.

Police Staff Sergeant Renato Baldo, the investigator of the case, said the 12-year-old victim was shot dead by a security guard of a construction site in the South Road Properties at past 5 p.m. this afternoon.

Baldo identified the suspect as Sergeant Marelle Belano, 29, a member of Corps Philippines Security Agency who was assigned to the MBC construction site in the SRP.

This prompted the security guard to fire a warning shot using his 9mm service firearm. The bullet hit the victim on the neck, Baldo said.

(According to the security guard, he was fed up with the victim who frequents the site to steal scrap metals and would throw stones at him when reprimanded that’s why he fired a warning shot hitting the victim on the neck)

The minor was rushed to the Cebu City Medical Center but physicians at the government hospital declared him dead on arrival.

After the incident, Baldo said the security guard voluntarily went to the Mambaling Police Station to surrender,

The suspect will face charges of homicide in relation to RA 7610 or the Special Protection of Children Against Abuse, Exploitation, and Discrimination Act. /rcg