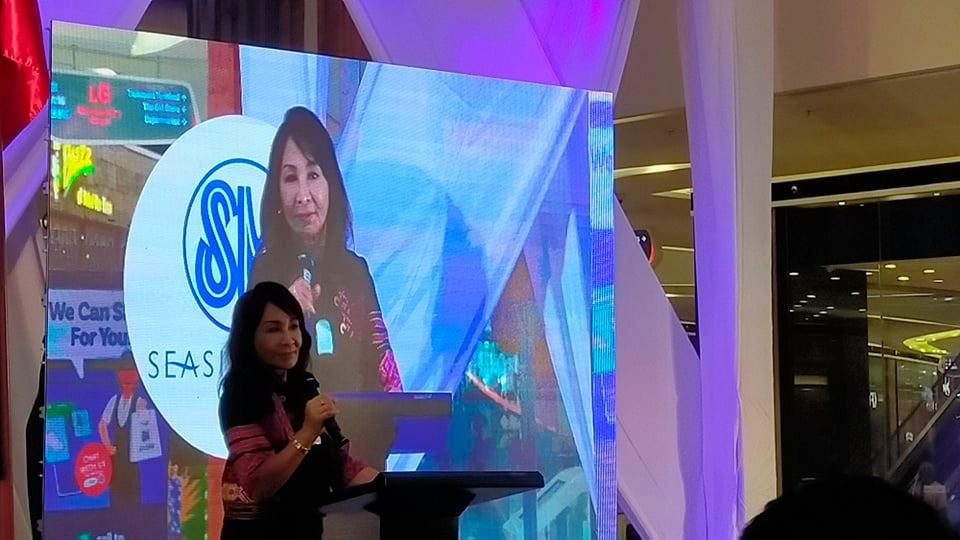 CEBU CITY, Philippines — Cebu Governor Gwendolyn Garcia will not be running for senator.

Instead, she will be seeking reelection in the upcoming 2022 elections.

This was her response to a group that has called her to run as a senator of the country in a press conference today, April 29, 2021.

The Gwen Garcia for Senator Movement said the governor’s leadership is well suited for a national government position.

However, the governor believes that the Province of Cebu needs her for now.

“I have no intensions whatsoever of seeking national office,” Garcia said.

“Read my lips. I’m running for governor again because I feel that I am more needed here in the province of Cebu at this time and in the next years that would follow as we try to recover from this pandemic,” she said.

WATCH: Governor Garcia says he will run for reelection and not as senator in 2022 polls

The governor also said in a form of a jest that the movement would seemingly appear that it would not want her to be in Cebu as its governor.

“Whether I should thank them or whether I should ask, di na ba diay sila ganahan nga governador ko sa Cebu? Actually, kay kung tinudanay gyod tingali nga hunahuna nila I am needed in the national scene, salamat sa ilang faith and confidence in me,” she added.

(Whether I should thank them or whether I should ask, do they not want me to be the governor of Cebu? Actually, if what they are really true or genuine on their belief that I am needed in the national scene, then I thank them for the their faith and confidence in me.)

“I don’t know this group, but I am sorry but I am deeply suspicious of groups like this nga mogawas lang hapit na ang election (that will come out when the election is near),” he said.

He noted that it might be a political move by opponents to remove Governor Garcia from the gubernatorial race in 2022 allowing them to take over.

Still, he said that while the governor’s leadership was of national value, her heart would remain with Cebu and she would continue to serve the province.

Secretary Michael Dino, the presidential assistant for the Visayas, also said that while he would support Garcia in whatever position she would run for, he personally believed Garcia belonged at the Capitol.

“Let me be selfish for a moment, I believe Cebu needs Governor Gwen more,” he said.

Garcia also said the movement could not have been backed by President Rodrigo Duterte or PDP Laban as the President had always given the party members a choice on what position to run.

“It’s not the nature of the President,” she said.

Dino to chief execs: Be patient, vaccines are coming