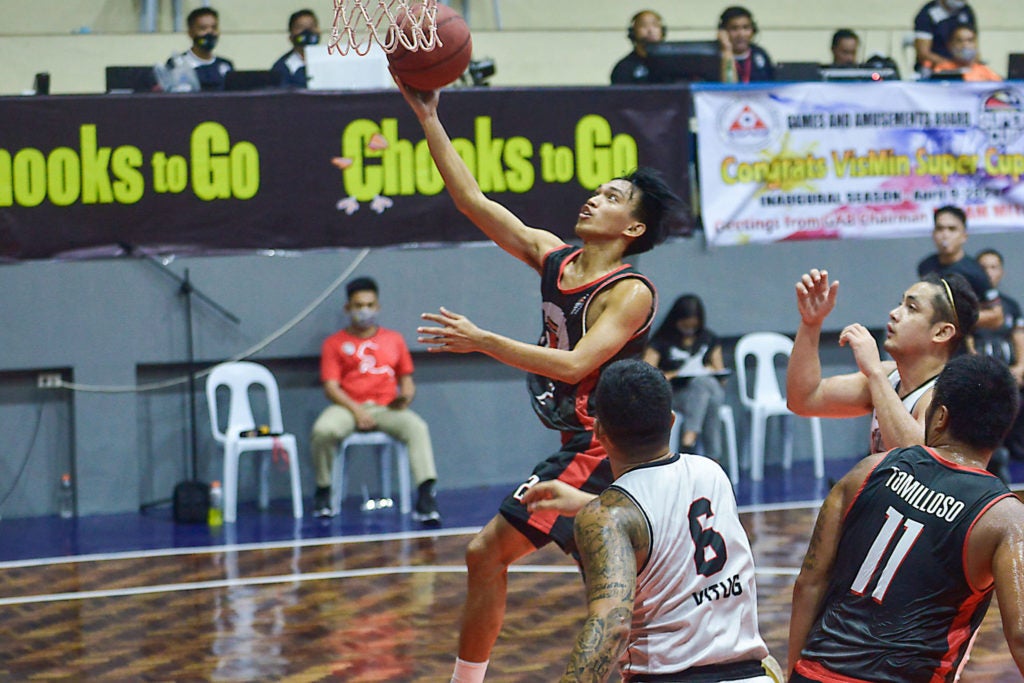 Jaybie Mantilla of the Dumaguete Warriors soars high for a layup during their game versus the Tabogon Voyagers in the Pilipinas VisMin Super Cup at the Alcantara Civic Center. | Photo from Pilipinas VisMin Cup Media Bureau

The 5-foot-8 Mantilla, a former USJ-R Jaguar flirted with a rare quadruple-double performance after he finished with 29 points, eight rebounds, nine assists, and a whopping seven steals to lead the Warriors in the stat sheet.

The win snapped the Warriors’ five-game losing slide as they improved to 2-7, good for a share of fifth place alongside the Tubigon Bohol Mariners.

“We needed to win this game. So there was no time to relax and we needed to step up so that we could get a better position in the playoffs,” said Mantilla, who is also the SK chairman of Brgy. Suba in Cebu City.

“Coach Leode (Garcia) also told me that I needed to step up and really show my game.”

James Regalado chipped in 12 points and three assists before fouling out in the fourth period.

Joemari Lacastesantos led Tabogon with 16 points as the Voyagers ended the elimination round campaign with a 3-7 card for the fourth seed.

Dumaguete looks to end the round strong when it faces the KCS Computer Specialists on Friday at 3 p.m.

The final placements of Tabogon, Dumaguete, and Tubigon Bohol in the stepladder playoffs will be decided by the outcome of this game.