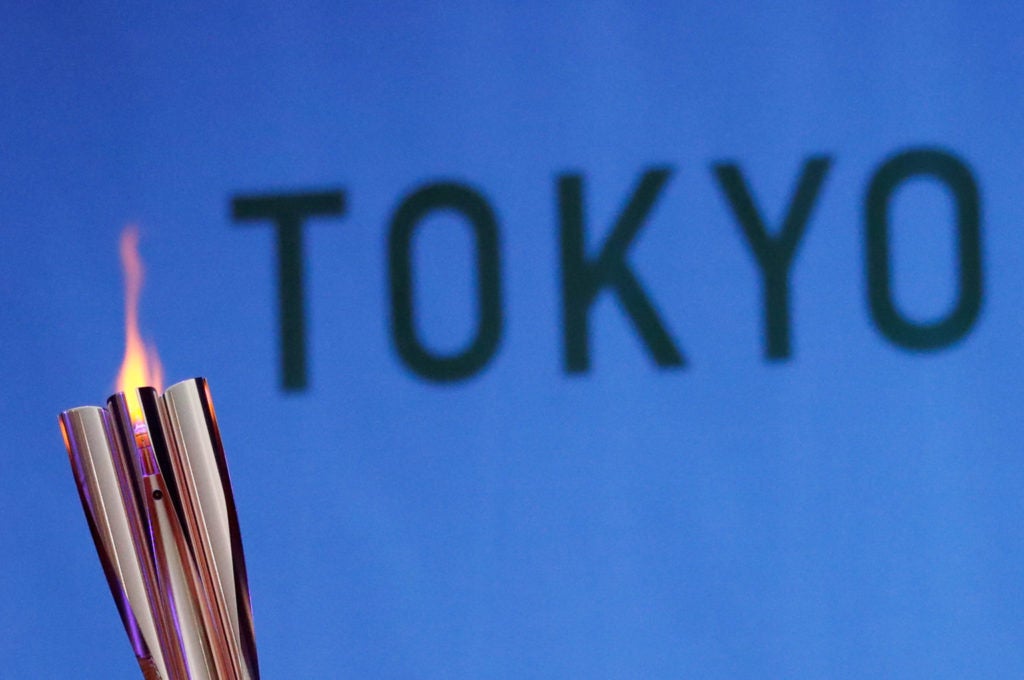 FILE PHOTO: The Olympic torch is seen at Hibarigahara Festival Site, during the last leg of the first day of the Tokyo 2020 Olympic torch relay, in Minamisoma, Fukushima prefecture, Japan, March 25, 2021. REUTERS/Issei Kato

Six people who helped with Japan’s Olympic Torch relay were diagnosed with COVID-19, bringing the total number of participants in the event who got the coronavirus to eight, organizers said.

The six people, who included a man in his 20s and another man in his 30s, helped on the relay in the southern prefecture of Kagoshima on April 27, Tokyo 2020 said in a statement late on Saturday.

All of them assisted with traffic control and wore masks, with three of them doing so in the city of Amami and the other three in the city of Kirishima, said the organizers.

Earlier last month, two other people who helped with the torch relay on the southern island of Shikoku were diagnosed with COVID-19, including a police officer in his 30s who guided traffic in Kagawa prefecture.

The Tokyo 2020 organizers urged people to comply with COVID-19 guidelines.

Japanese authorities are determined to protect Games participants and a local population that opinion surveys have shown is largely opposed to the Olympics due to fears the event will lead to more COVID-19 infections.

Japan last month declared a COVID-19 state of emergency for the major population centers of Tokyo and Osaka and two other areas set to last until May 11 to contain a fourth wave of infections.

The Games, delayed by a year because of the pandemic, are scheduled to open on July 23.