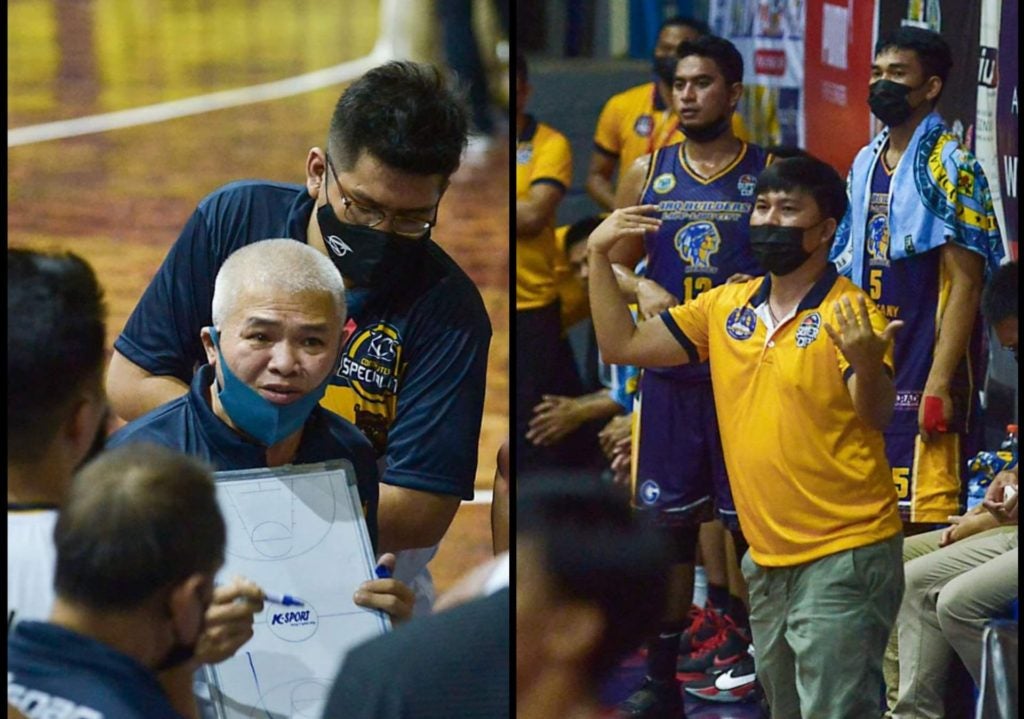 CEBU CITY, Philippines—Both the KCS Computer Specialists-Mandaue City and the ARQ Builders Lapu-Lapu City Heroes will be in full force when they collide in the semifinals of the Chooks-to-Go Pilipinas VisMin Super Cup on Tuesday, May 4, 2021, at the Alcantara Civic Center in Alcantara town southwest Cebu.

The Specialists will try to secure a spot in the Visayas Leg finals and are a bit favored as they hold a twice-to-beat advantage against the Heroes.

The Specialists only needed a single win to face the unbeaten MJAS Zenith Talisay City Aquastars in the finals. The Aquastars advance to the championship round outright after sweeping the elimination round.

Out to spoil Mandaue’s plans are the Heroes, who will have a complete lineup with the return of ace point guard Jerick Cañada from a hamstring injury.

Lapu-Lapu trounced the Dumaguete Warriors, 92-76, on Sunday to advance to the semis.

Heroes assistant coach Jerry Abuyabor said he and the coaching staff, led by head coach Francis Auquico, want the players to focus on the things that they control.

“We just want our players to play their best game as possible,” said Abuyabor.

Abuyabor emphasized that the Heroes need to do well on their transition defense.

“We’re facing a KCS team that is good in transition and ball movement. We just want our boys to bring their 100-percent on defense and give their best for us to advance into the finals,” he added.

It will be an acid test for the Heroes, considering that KCS Mandaue City beat them twice in the elimination round.

They suffered their first beating at,77-66, on April 20 and three days later, they suffered the same fate with,75-66, final score. The second match was particularly brutal for the Heroes as they fell behind by 20, 7-27, after just the first 10 minutes of action.

Despite their dominance over the Heroes, Mandaue City head coach Mike Reyes is not taking any chances, especially against a squad filled with seasoned veterans such as Reed Juntilla, Jojo Tangkay, and Ferdinand Lusdoc, players he’s very familiar with owing to their time together in many commercial basketball leagues in years past.

“We’ll have the same strategy as our second round game. We have to limit Tangkay, Lusdoc, and Reed,” said Reyes. “We’ll make a few adjustments on defense and offense but mostly, just mental preparation.”

The Specialists will also be playing with a complete roster as they will be welcoming back combo guard Ping Exciminiano and big man Bernie Bregondo, both of whom have missed substantial time because of hamstring injuries.

Reyes saw the injuries as a blessing in disguise as it has allowed his reserves to showcase their skills as well.

“I take our injuries as a blessing in disguise,” shared Reyes. “Because of the injuries, the third group has had an opportunity to show the team what they are capable of.”

The Finals will begin on either Thursday or Friday, depending on whether the semis series reaches the limit.

The champion of the Visayas leg will face  the winner of the Mindanao leg for the best-of-five Grand Finals.

Read Next
Banking on fame as boxer, Pacquiao asks US to expedite delivery of Moderna jabs to PH