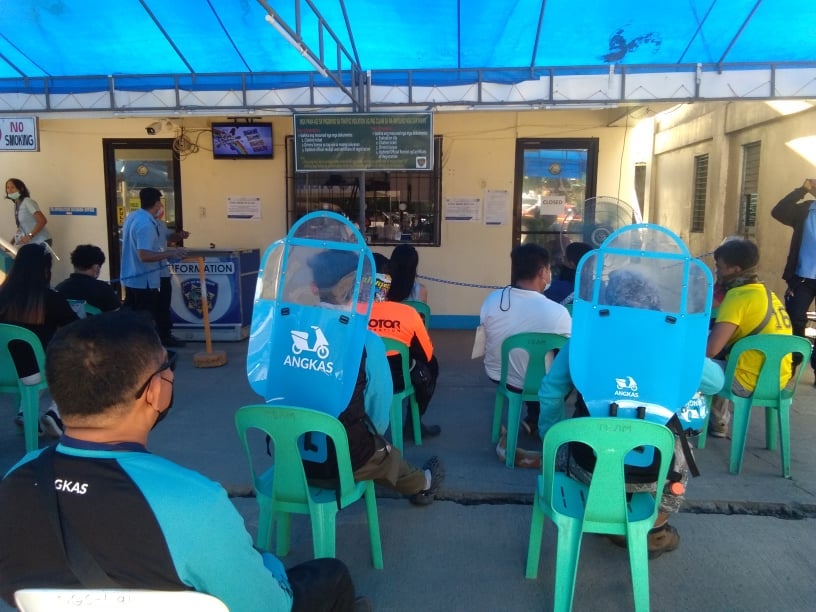 This developed after the Traffic Enforcement Agency of Mandaue  (TEAM) required these motorcycle taxi drivers to get their clearance from the TEAM office.

Edwin Jumao-as, executive director of the Traffic Enforcement Agency of Mandaue (TEAM) said  Angkas and Joyride drivers have been getting a TEAM clearance since last week.

He said most of their traffic violations was disregarding traffic signs.

The TEAM clearance only cost P100.

Christopher Dioson, an Angkas driver from barangay Mambaling in Cebu City, only paid the TEAM clearance worth P100 as he had no traffic violations recorded in the city.

Dioson said he really made sure he could get a TEAM clearance because he was already reprimanded by the TEAM personnel.

Jumao-as said they conducted random checkpoints because they noticed that there were motorcycle taxis travelling in the city without a TEAM clearance.

Dioson said they were very happy that the national government allowed the motorcycle taxis to resume their operations.

(We are happy that we are back on the road to serve the people. This has been a big help at the time that I was also working. But the income I earned then could not be compared to what I earned in my Angkas earnings. During the height of the pandemic, I delivered food, the income was not that large but it was barely enough for my daily needs.)

Dioson, however, said that currently there were only a few bookings.

He said the requirement for passengers to bring their own helmets and pay through a cashless systems might be the reasons of the slow business.

Read Next
Robin Padilla declares DLSU was established by the Spanish, but facts prove him wrong