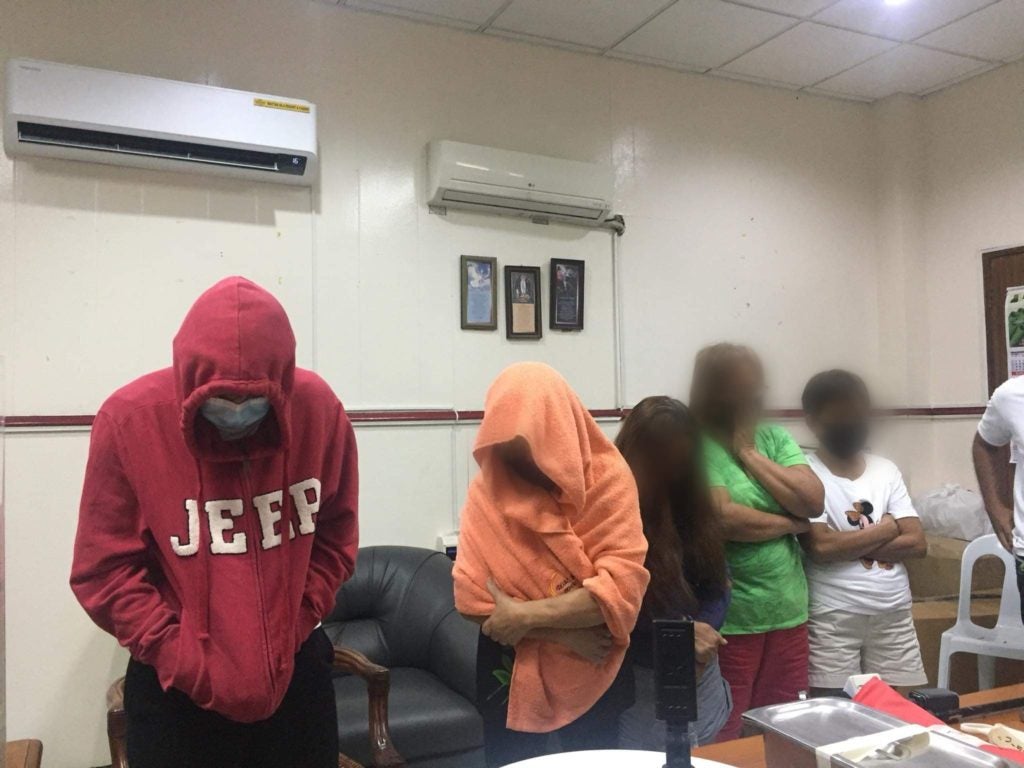 These are the five persons who were arrested for allegedly involved in the operation of abortion clinics in Talisay and Cebu Cities. | Pegeen Maisie Sararaña

CEBU CITY, Philippines — A male computer programmer and four women were facing intentional abortion charges after they were arrested for allegedly being involved in the operations of two alleged abortion clinics in the cities of Cebu and Talisay.

Oliva said that among the four women, Rural claimed to be a manicurist, while Rebamonte admitted to being a flower vendor and Gemarangan claimed to have been involved in a family planning program of a hospital.

The NBI-7 chief said that the Guirigay and the four others had no medical or obstetrics and gynecology (OBGyne) background at all.

Oliva said that the five suspects would be charged with “Intentional Abortion” penalized under Article 256 in relation to Section 8 (Conspiracy) under the Revised Penal Code and RA 10175 or the Cybercrime Prevention Act of 2012.

With the arrest of the five on April 29, the NBI-7 successfully shut down the two alleged abortion clinics ran by the group.

He said that these two ‘clinics’ were operating connectively to each other with one principal link, Guirigay.

How they got clients

The one in Talisay was for high-end market while the other clinic in Cebu City was for the lower class market.

Oliva said that Guirigay would get clients by posting an advertisement of their services in Facebook by using a fake name — a certain Michelle Meyer, who is designated as OBGyne doctor.

The NBI-7 chief said that they monitored Guirigay for a month and they found out that Guirigay was posing as Meyer in the FB post.

(The advertisement of this abortionist is posted on Facebook, so the medium they used for their criminal act was social media. And a certain Michelle Meyer, an OBGyne would introduce herself as the person posting the ad so the people would usually trust her for posting the advertisement.)

“They are offering two packages. Ang usa is ‘suction abortion’ which will be done kuno by a licensed OBGyne sa ilang private clinic. Ang cost is P30,000. The second package is a set of abortive pills with P9,500 per kit applicable for terminating pregnancy,” Oliva said.

(They offer two packages. One is ‘suction abortion, which will be done allegedly by a licensed OBGyne in their private clinic. The cost for this is P30,000. The second package is a set of abortive pills with P9,500 per kit applicable for terminating pregnancy.)

Guirigay was later found out to be a computer programmer.

(His (Guirigay) work is a computer programmer and he has no medical background. He has a group of assistants who will help face and help him get prospective clients.)

Oliva identified Guirigay’s assistant as Rebamonte, a resident of Barangay Cogon – Pardo, Cebu City, who is responsible in taking their clients to their ‘clinic’.

But Rebamonte said that she was a flower vendor and that Guirigay had tasked her to meet certain people and to bring them to Talisay.

A pregnant undercover NBI operative, who posed as a client, was later brought to the house of an 82-year-old woman, Gemarangan, in Barangay Mohon, Talisay City.

There they arrested Gemarangay, who also denied being an abortionist and that she only would give out family planning advice to visitors.

(I don’t accept this kind of service. They are including me in this? I have no knowledge of this. Nothing (doing abortion))

On the same day, operatives conducted a follow up operation at Mahayahay 1, A Lopez Street in Barangay Calamba, Cebu, City that led to Gabutin and her assistant, Rural, a resident of Barangay Perrelos in Carcar City.

Oliva said that Gabutin’s house was one of the alleged abortion clinics of the group.

Rural later told Oliva that she had no medical background and that she was a manicurist and pedicurist.

The NBI-7 chief said that they received information that these abortion clinics had been operating since 2011.

Read Next
TEAM to 26 Angkas, Joyride drivers today: You are cleared to ferry passengers in Mandaue City