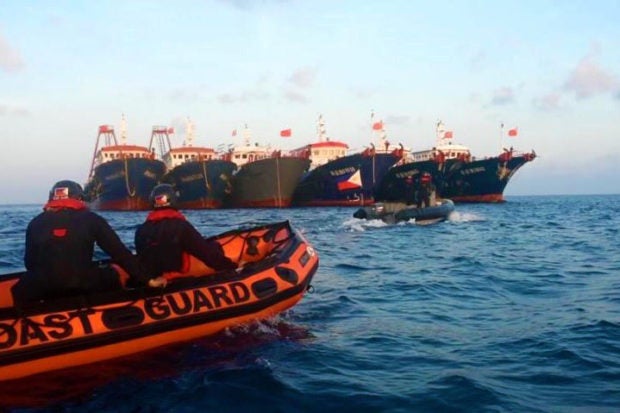 MANILA, Philippines — “China remains to be our benefactor. Just because we have a conflict with China doesn’t mean to say that we have to be rude and disrespectful,” President Rodrigo Duterte said in a pre-recorded speech that aired Monday night.

“As a matter of fact, we have many things to thank China for the help in the past and the help that it is giving us now,” he added, speaking partly in Filipino.

Duterte’s remarks come at the heels of a statement made by Foreign Affairs Secretary Teodoro Locsin Jr. demanding China to “get the f*ck out” of the West Philippine Sea, referring to the Chinese vessels that continued to linger in the area.

The president has repeatedly asserted that the Philippines would not go to war with China over the disputed waters.

Duterte even said the Philippines owed a “debt of gratitude” to China because of the COVID-19 vaccines it had donated to the country.

Read Next
TEAM chief: No claimers of impounded vehicles but only queries of penalties