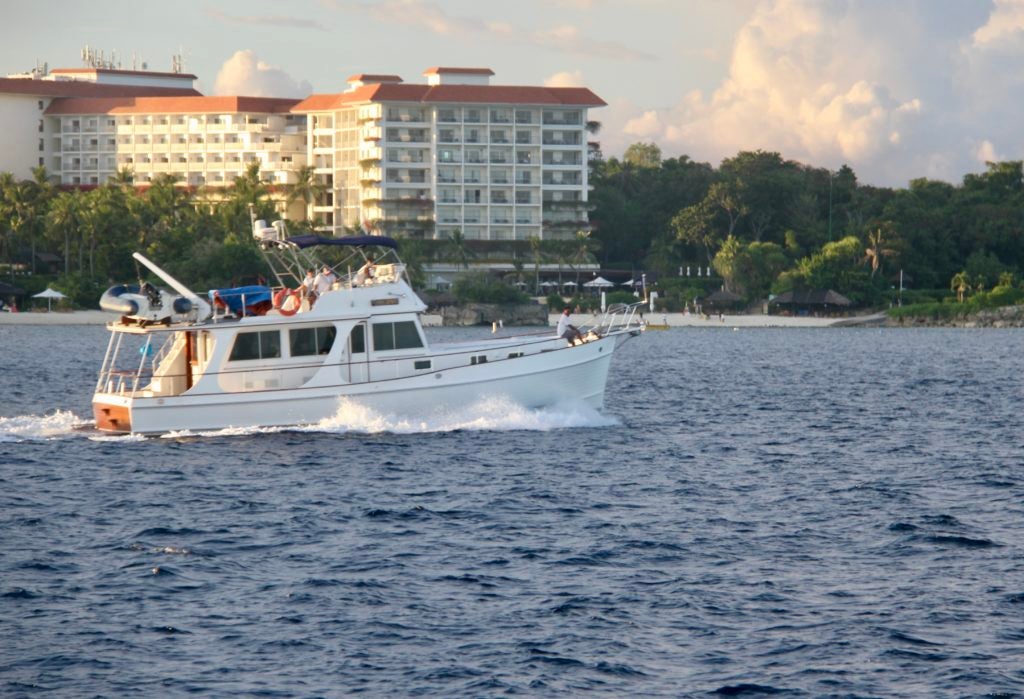 A yacht passes by a resort in Lapu-Lapu City on Mactan Island, Cebu in this December 12, 2020 photo. | CDN Digital file photo

CEBU CITY, Philippines – Cebu Governor Gwendolyn Garcia has expressed her support on Lapu-Lapu City’s plan to allow the reentry of foreign tourists there.

Garcia, in a recent press conference, said she is ready to sit down with Mayor Junard “Ahong” Chan to discuss means on how to implement this proposal should it get the approval of the national government.

“Before the pandemic struck Cebu, most of the foreign tourists that go here are from South Korea, China, and Japan,” said Garcia.

The governor also eyes the establishment of a “travel bubble” that will cover Cebu province, subject to existing health protocols.

“Why can’t we do the same for other countries that have also been able to manage their COVID cases? That have an established COVID management system as what we are showing here in Cebu?” Garcia said.

“And I am insisting on that Section 105 (of the Local Government Code). This now allows us to consider the possibility of accepting foreign tourists,” she added.

To recall, the Lapu-Lapu City Government lobbied in front of Presidential Spokesperson Harry Roque its plan to allow the reentry of foreign tourists who have been fully inoculated against COVID-19, and recently tested negative of the infection.

Roque, for his part, told Chan to submit a formal letter of request to Health Secretary Francisco Duque III, the chairperson of the Inter-Agency Task Force for the Management of Emerging Infectious Disease (IATF-MEID).

As of May 4, however, Chan said they are still awaiting response from Duque.

Meanwhile, since May 1, the national government has reopened its borders to foreign nationals with valid and existing visas, both immigrant and non-immigrant. These included students, workers, and residents.

The country caps the maximum number of foreigners to enter here in a day at 1,500./ dcb