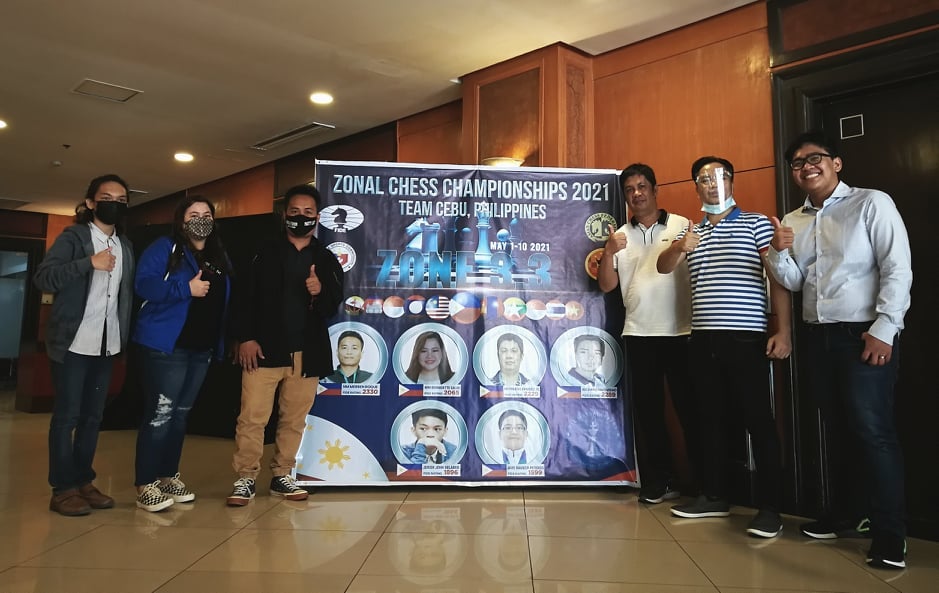 NM Roque continues to ascend in the rankings after beating Malaysia’s Yu Tian Poh in round five to improve from 22nd to the 13th spot among 52 woodpushers from other Southeast Asian countries vying in an online format.

NM Roque now has 3.5 points in his campaign.

Velarde, meanwhile, also climbed from the 41st spot to the 29th after he scored a win against Arena Grand Master (AGM) Henry Lopez in round five. Velarde now has 2.5 points.

Their teammate, Women’s International Master (WIM) Bernadette Galas, also snatched a win in round five after edging Malaysia’s Divyadarshini Loganathan to improve from 37th to 30th place in the rankings with 2.5 points.

Meanwhile, Richard Natividad capped off the fifth round with a draw over fellow Filipino Jeremy Marticio to improve from 44th to 40th in the rankings with 2.0 points.

NM Rogelio Enriquez Jr. suffered his second consecutive loss after being beaten by Malaysia’ Kai En Keok. From 31st in the fourth round, NM Enriquez Jr. dropped ten places at 41st place after round five with 2.0 points in hand.

Jave Mareck Peteros, also lost in round five in the hands of FIDE Master (FM) Rohan Shan Navaratnam of Malaysia. Peteros who was at 42nd place in the fourth round dropped four places below at 46th after his defeat with 1.5 points.

The top three in the tournament after round five are Filipino International Master (IM) Michael Concio, IM Daniel Cuizon, and Indonesian IM Mohamad Ervan. They all have 4.0 points but are ranked according to their accumulated tiebreak points.

Team Cebu City is playing the sixth of the scheduled nine-round Swiss system format competition as of this writing. Their playing venue is at the Juana Hall in Cebu Parklane International Hotel. Team Cebu’s campaign is supervised by FIDE arbiters from the RiChessMasters.

Read Next
Mother’s Day Escape to the Marina