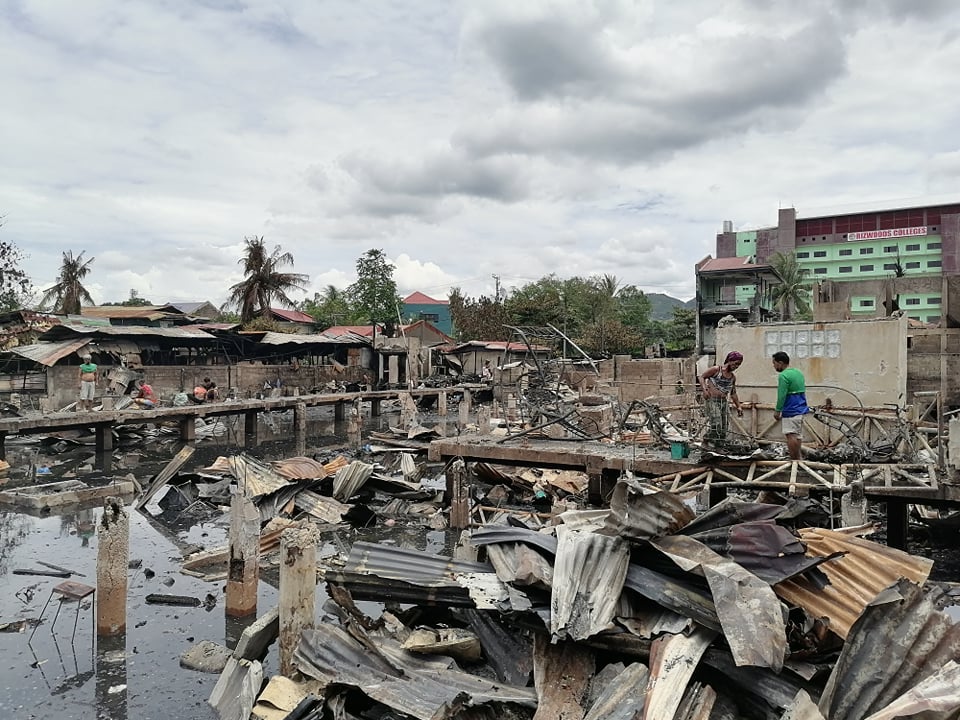 Fire victims of Sitio Seaside, Alumnos, Barangay Basak San Nicolas in Cebu City salvage what they can after a fire burned down their houses on Sunday, May 9, 2021. At least 119 houses and over 500 individuals were affected by the fire. CDN Digital photo | Morexette Marie Erram

CEBU CITY, Philippines -The Cebu City Government will be reclaiming portions of the area in the fire-hit Sitio (sub-village in English) Seaside, Alumnos, Barangay Basak San Nicolas before residents can go back and rebuild their houses.

Basak San Nicolas Barangay Captain Norman Navarro disclosed to reporters on Monday, May 10, 2021, that local officials have been planning to reclaim Sitio Seaside long before the fire incident on Mother’s Day, Sunday, May 9.

(That area, several urban poor associations applied to claim portions of the property since it is owned by the government. But before the fire occurred, the city government already had plans to reclaim it.)

Navarro added that after the reclamation will be completed, government officials can then proceed in plotting the subdivision plan scheme.

The city’s Division for the Welfare of the Urban Poor (DWUP) also confirmed that residents in Sitio Seaside were already made aware of the reclamation project.

Simeone Romarate, head of DWUP, said the city has already allocated P4 million in funds for the reclamation since most houses in the sub-village stood near and right above seawaters.

In addition, Romarate said that prior to the fire, stakeholders agreed that once the embankment will start, residents will be transferred to a temporary relocation site.

A total of 115 houses were damaged during Sunday’s fire in Sitio Seaside. It displaced 137 families or 549 individuals.

Most of the fire victims are currently stating in Basak San Nicolas Community School.

State of Calamity to be declared in Sitio Seaside