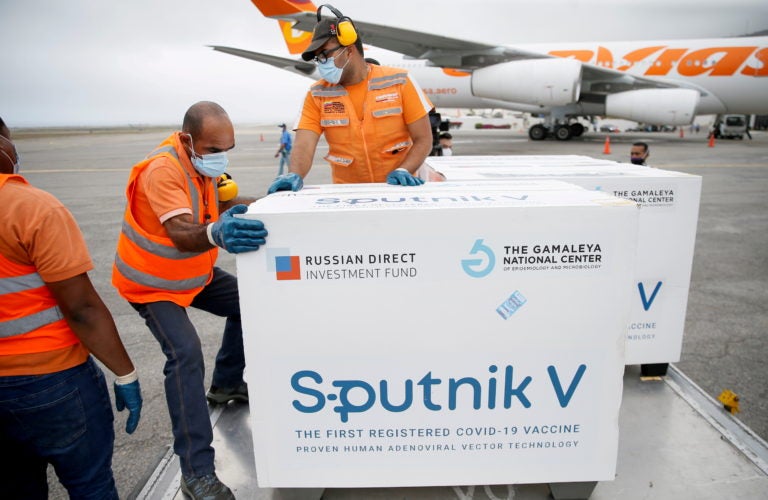 MOSCOW — Transforming the site of what once was a Soviet-era car factory into a state-of-the-art facility churning out Russia’s COVID-19 vaccine Sputnik V was the easy bit.

Making doses in bulk, finding qualified staff, and getting equipment have been much bigger headaches for Moscow-based biotech firm R-Pharm and other private Russian companies picked to make the country’s flagship shot to fight the pandemic.

President Vladimir Putin has trumpeted the vaccine around the world and said in March that Russia had signed agreements for the production of 700 million doses abroad.

But Russia had produced just 33 million vaccines as of May 12 and exported fewer than 15 million, according to a Reuters tally that counted each vaccine as consisting of two doses.

Russia’s output is much lower than the hundreds of millions being made each month by Pfizer and AstraZeneca.

Interviews with four manufacturers and two people involved in the production process and Russia’s supply chain highlight how difficult it is to make Sputnik V and ramp up production.

The problems are a warning to foreign partners – including in India – that are planning to mass-produce the vaccine and those countries relying on Moscow to supply their inoculation programmes.

With the United States and European countries focused on vaccinating domestic populations, Russia has stepped in the breach, offering shots to more than 50 countries, from Latin America to Asia.

But delays in getting shots to those countries give China and the United States time to fill the gap.

In another blow, Brazil’s regulator has denied approval to import Sputnik V, citing incomplete data on its safety and efficacy.

The Russian Direct Investment Fund (RDIF), which is responsible for marketing the vaccine abroad, said the manufacturing capacity for Sputnik V was increasing globally as new manufacturers come on board.

RDIF told Reuters it planned to produce enough doses to vaccinate 800 million people in 2021 and that it had “demonstrated its strong commitment to honouring supply contracts”.

It said it stood by an offer to provide doses for 50 million people in the European Union. Russia is hoping the vaccine will be approved by the European Medicines Agency.

Russia’s health ministry did not respond to a request for comment on production and other problems outlined by manufacturers.

The industry ministry said Sputnik V production was more than meeting the needs of Russia’s mass inoculation campaign, and that manufacturers in several other countries, including India and China, were also making the shot.

“Any local issues related to vaccine production are dealt with promptly,” it said, adding that the ministry “does its best to ensure that the health system’s needs continue to be met in full, and that there is enough vaccine for everyone.”

R-Pharm’s new 27,000 square-meter (290,000 square-foot) factory on the outskirts of Moscow has more than 200 bioreactors that grow the cells that will form the shots.

R-Pharm was initially learning the process from scratch and operating the bioreactors was like working “blindfolded”, chief executive Alexei Repik told Reuters.

“Vaccine production takes around 1-1/2 months or more, for each series,” he said. “Then afterwards, you compare the output to the reference sample. If it matches, you’re lucky. If it doesn’t, you pour out the product you made.” 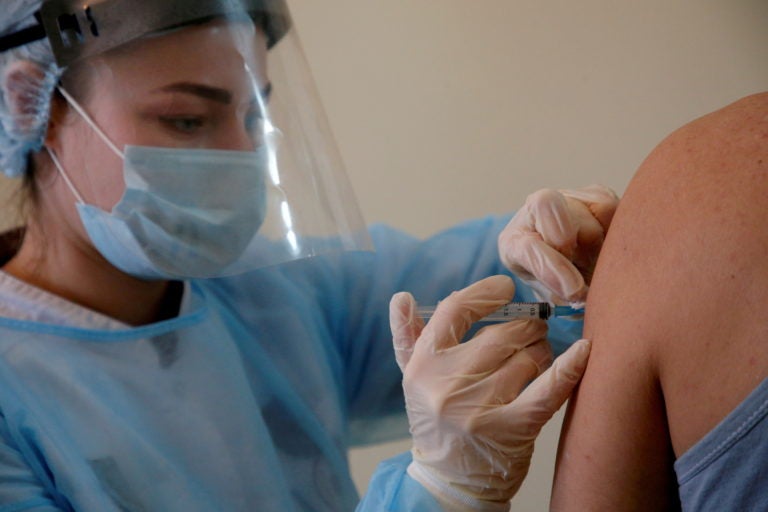 FILE PHOTO: A person receives an injection with Sputnik V (Gam-COVID-Vac) vaccine against the coronavirus disease (COVID-19) at a hospital in the village of Donskoye in Stavropol Region, Russia January 27, 2021. REUTERS/Eduard Korniyenko

The company has also struggled with global shortages of equipment and raw materials.

R-Pharm was initially gearing up to make 10 million doses a month but by late March had still not produced 1 million doses. It began the process of cell-growing in November but its new factory has yet to open officially.

Manufacturers contacted by Reuters said the vaccine was particularly difficult to make because of its design as an adenovirus vector vaccine.

The vectors are modified human common cold viruses, used to carry the genetic information into the body that triggers immunity-building.

Unlike other adenovirus vaccines, the first and booster shots of Sputnik V, taken 21 days apart, are made up of two different vectors and the first shot is easier to produce than the second, manufacturers said.

In a later comment to Reuters, Morozov said that production had increased sharply in the past month or so, with technical questions resolved and output in the tens of millions of doses.

To deal with the problems, Russia has teamed up with AstraZeneca, whose vaccine uses a different adenovirus shot, two sources familiar with vaccine strategy said. Human trials of a mix-and-match vaccine are underway in several countries.

Another option is “Sputnik Light”, a single-dose version of the shot using only the first component.

One private producer, Pharmasyntez, plans to seek permission to produce only the one-dose vaccine, its chief executive, Vikram Punia, said. It sent the first batch for quality controls on May 3.

In response to questions, RDIF said both components of the Russian vaccine were being produced and delivered on time.

A global rush for equipment has increased Russian producers’ problems, and pharmaceutical plants are in limited supply in Russia.

Generium, the biggest producer of Sputnik V doses, re-purposed existing plants to work on the vaccine, as did Biocad, the only other major producer.

To expand output, new plants will be needed. Generium is building one to make 200-300 million doses per year, its owner said in March.

The biggest problem for Pharmasyntez’s Punia was a lack of experienced staff – producing two doses increases strain on staffing because separate manufacturing spaces and teams are needed.

“We can buy equipment, we can build plants. But in biotechnology, competent people is the most important thing. And there are not very many of them,” Punia said.