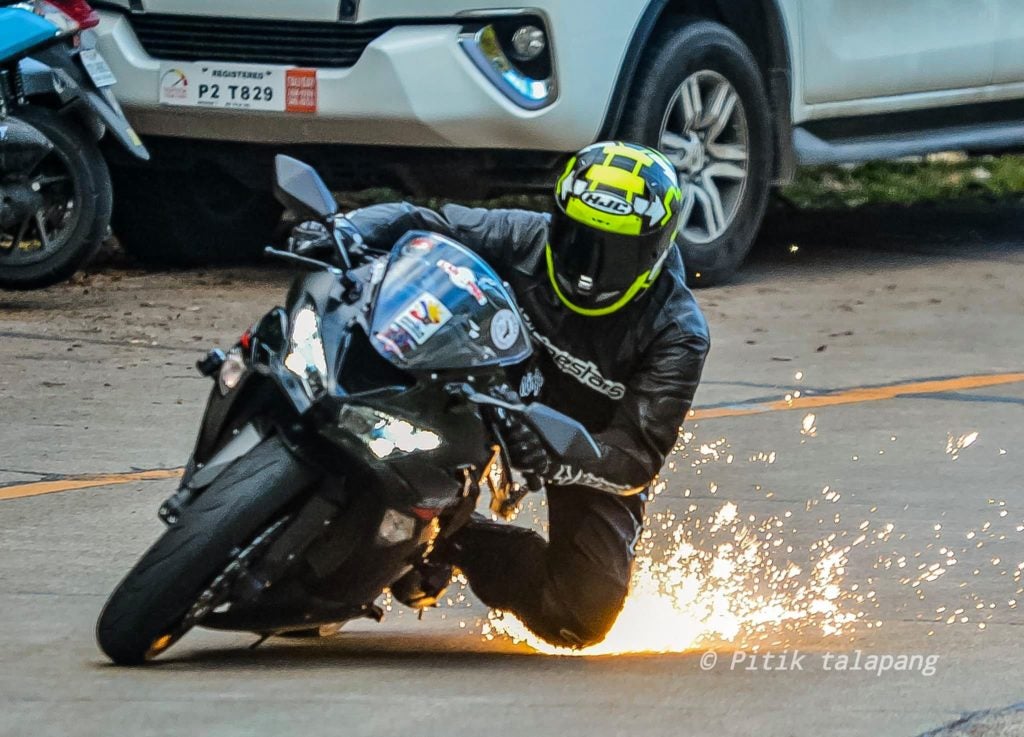 The 21-year old footballer-turned-sharpshooter, will be in Manila in the coming months to train and compete in several shooting competitions under the tutelage of his team, the Laguna Practical Shooters Group (LAG-PSG).

But he isn’t just using his guns in training. Instead, he is also banking on his sports bike to prepare for competitions.

The Cebiano believes that he improved many aspects in his practical shooting skills, such as split-second decision making, tactical analysis, proper handling of the adrenaline rush, stamina, and reaction, by riding his motorcycle.

“It is unusual, but it really helped me a lot,” Barro said.

Onboard his Kawasaki Ninja ZX6R, Barro used the TransCentral Highway (TCH) in Cebu City as his training ground. He trained alongside his fellow sports bike enthusiasts in Shuriken Cebu.

“I believe motorcycling helped me a lot with my preparation for the competitions and training in Manila. Of course, I also train at home. I exercise and do dry-firing simulation at home,” added Barro.

Barro said that he will leave for Manila either this weekend or next week. He will likely spend the rest of the year there, competing in various practical shooting tournaments.

He said that the next months would be very challenging for him.

“I need to stay there because of the travel restrictions unlike before after every tournament, I can easily fly back to Cebu right away. So, it’s going to be difficult, but I’m really for these challenges,” he said. “My team in Manila already told me that there will be two to three tournaments in a day when I get there. So I have to prepare myself mentally and physically. Riding motorcycle helped me a lot in terms of preparation. ”

The last time Barro joined a practical shooting competition was last year. His most previous tournament was the 24th Battle of the Gun Clubs last December in Marikina, where he placed fourth in the standard division.

The former Sacred Heart-Ateneo de Cebu (SHS-ADC) footballer has been making waves in the local and national practical shooting competitions after joining the adrenaline-pumping sport four years ago.