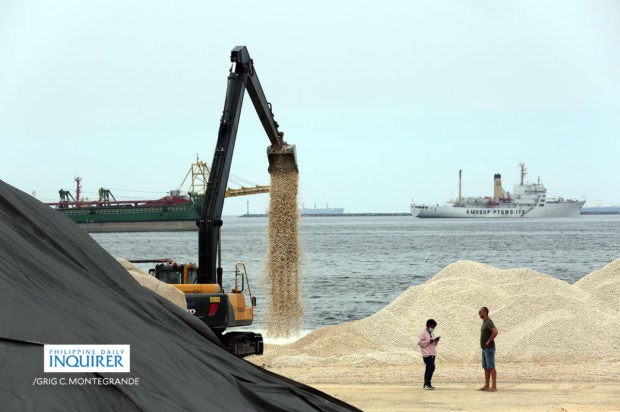 According to Ramos, vice president of Oceana Philippines, dumping artificial white sand on the bay is nothing but a “band-aid” solution to the problem.

Oceana, the largest international ocean conservation and advocacy organization that works to protect and restore the world’s oceans through targeted policy campaigns, has urged the Department of Environment and Natural Resources (DENR) to immediately order the contractor to stop the dumping of new loads of crushed dolomite on the bay walk area of Manila Bay.

Ramos said the government should have been more circumspect in using its funds, especially amid the COVID-19 pandemic.

“We wish the government would be responsive to the needs of our time,” she said.

“Many Filipinos are still without a vaccine (against COVID-19). And here comes the government trying to beautify Manila Bay by using crushed dolomite,” she added.

Ramos’ call came after a fresh coat of dolomite sand was dumped on Manila Bay early this month.

According to Oceana, the dolomite dumped in the area from September to December 2020 had already been reclaimed by the sea, and from December
2020 to February 2021, the dolomite beach had eroded by at least 300 square meters.

“They are refilling it again and even extending the area,” Ramos said in a statement.

In September 2020, the University of the Philippines (UP) Marine Science Institute pointed out that the dolomite sand will only erode, given the hydrodynamic conditions of the bay.

Even on the breakwater near the bay walk area, rising sea level and larger waves during storms, made more intense by climate change, can penetrate and pound the shore where the dolomite sand was used.

“Continuously replacing the sand will be even more expensive,” the UP Marine Science Institute said.

Ramos said dumping dolomite on Manila Bay will not help solve the root of its environmental problem which is poor water quality.

She instead proposed these:

Cebu Gov. Gwendolyn Garcia earlier confirmed that the dolomite sand that was recently poured on the shores of Manila Bay was again taken from the mountains of Alcoy town, south Cebu.

She said she did not lift the cease and desist order (CDO) against the sale and shipment of dolomite in the country.

“I did not lift that (CDO),” the governor said.

“We gave an exception upon the request of Secretary Cimatu because they needed to finish the Manila Bay project,” she said.

“I won’t take part in the dolomite debate. If that was given clearance, then, we will allow. So we allowed but at a very specific volume,” she added.

Garcia earlier issued a CDO to Philippine Mining Service Corp. (PMSC) and Dolomite Mining Corp. (DMC) to stop the companies from selling dolomite as a substitute for sand and gravel, which is not allowed by their permits.

Read Next
A4 priority group expands to BPO, Comelec frontliners for vaccination