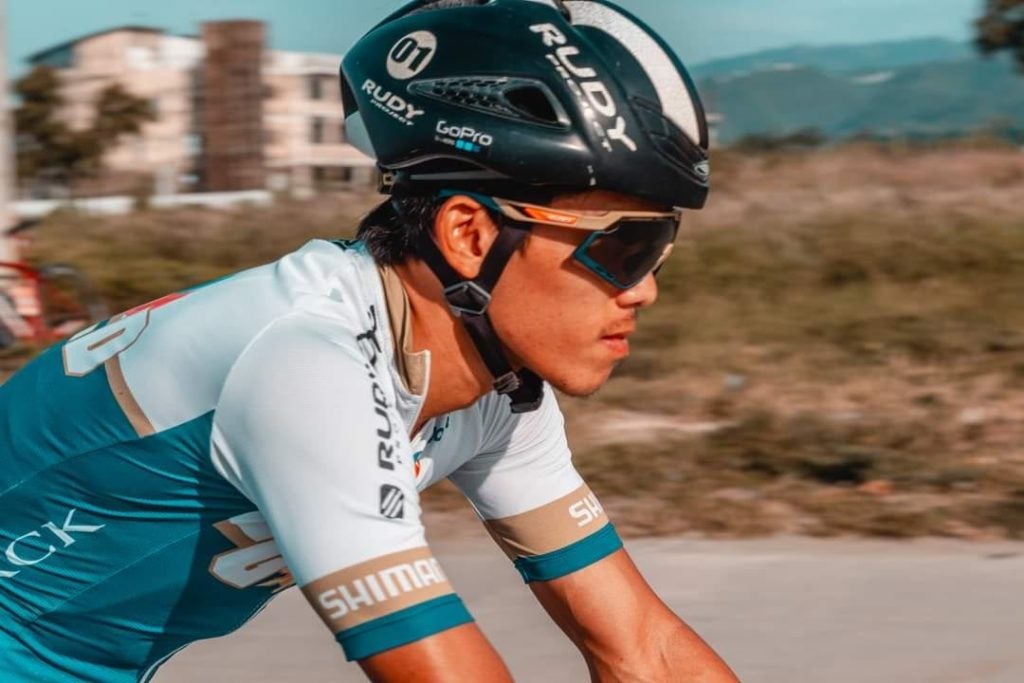 CEBU CITY, Philippines — Jonel Carcueva, one of Cebu’s top cyclists and a mainstay of Team Go For Gold, is rigorously training as he guns for a slot in the national cycling team for this November’s 31st Southeast Asian Games (SEAG) in Hanoi, Vietnam.

The 26-year old Cebuano cyclist from Minglanilla town, southwest Cebu told CDN Digital that he has been training rigorously amidst the pandemic as he prepares to compete in crucial races in and out of the country in the coming months.

Carcueva won bronze in the team classification road race of the 2019 SEA Games in Tagaytay along with veteran cyclists in El Joshua Cariño and Marcelo Felipe.

He is currently competing in local races in both mountain bike and road bike in Cebu.

Last May 16, 2021, he topped the elite division of the Tudela Mountain Bike Circuit Race Year 2 in Tudela town, Camotes Island.

His first major race this year will be in July for the Filipino National Road Championships, where he will vie in the road race category.

Next will be the Tour of Thailand in September, followed by the Tour de Singakarak in Malaysia, Tour de Siak in Indonesia, and the Ronda Pilipinas.

He admitted, though, that the aforementioned races are not ones as the best cyclists from all Asia would be there, with the same mission as his.

Carcueva added that he would’ve joined the rest of the Team Go For Gold in Manila to train if not for the pandemic. He said that training solo in Cebu is very difficult since there’s nobody that can pace him.   /rcg

Read Next
Oceana: Dolomite used to beautify Manila Bay now in the sea