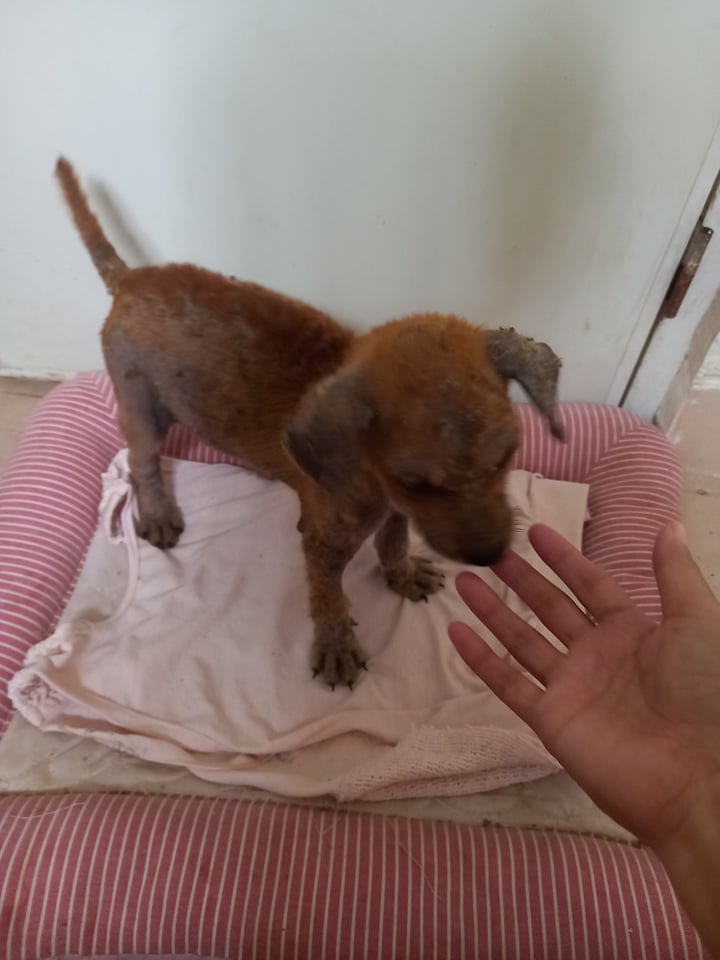 CEBU CITY, Philippines— The puppy found curled with her dead mother’s body along the road in Medellin is now getting better.

Netizen Fe Calipay rescued the puppy after hearing about her situation. The puppy was left alone following the tragic death of her mother, who was killed after being hit by a car.

Last Saturday, May 22, 2021, Calipay heeded to calls of those who lived near the area to rescue the puppy, who was photographed sitting on top of her dead mother. 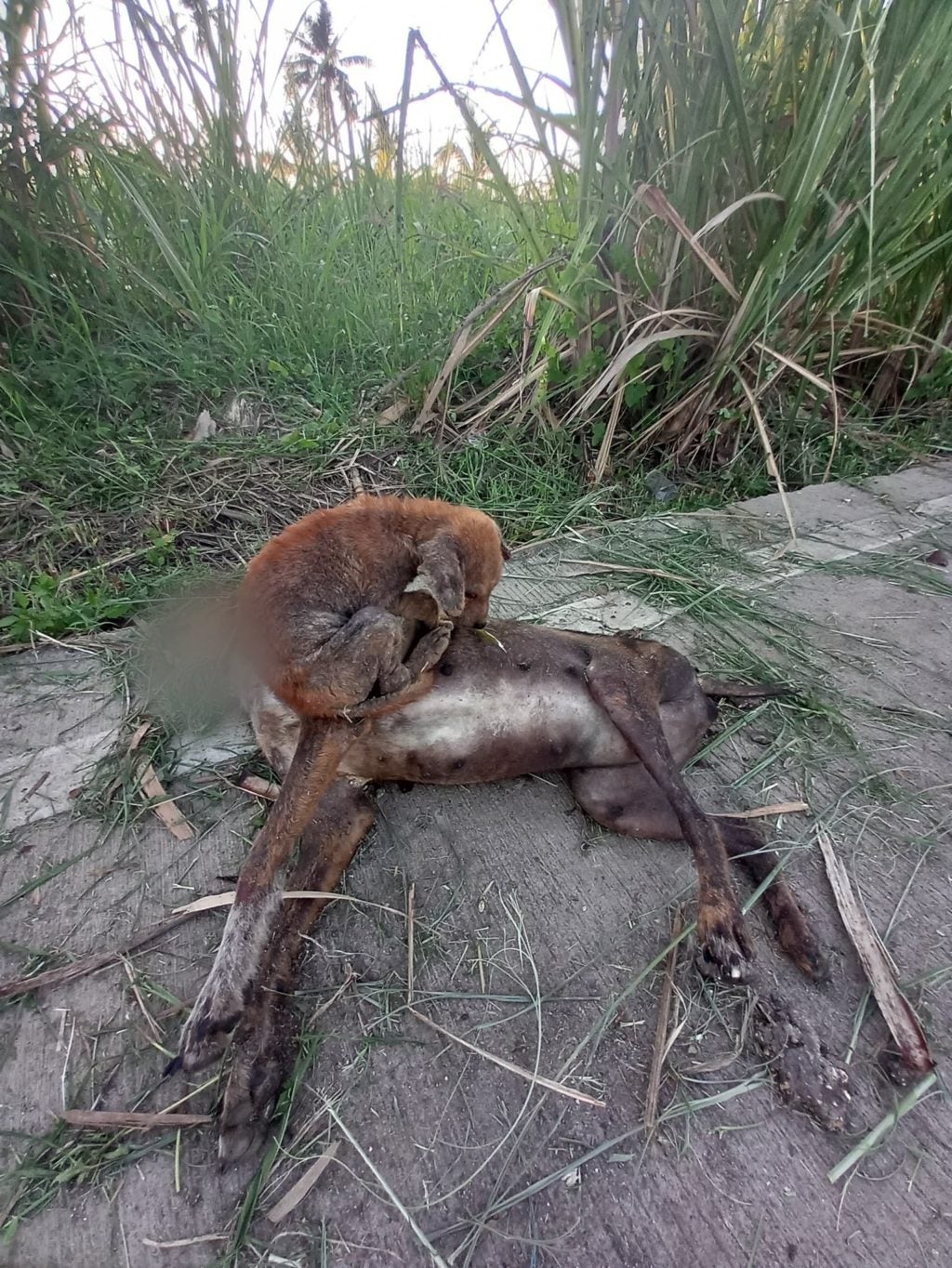 Calipay, a known advocate of saving stray animals in Medellin, acted right away.

“I went there and found out that the mother was already dead. According to the witnesses, the puppy, Angel, never left her mother’s side and was even trying to drink milk from her dead mother’s body,” she said.

While trying to rescue the moving little puppy, she found out that there was another puppy  which she also rescued. Unfortunately,  that puppy died when she reached a clinic.

Calipay took Angel under her care along with her 20 other rescue dogs and 10 cats in her home in Poblacion, Medellin.

Now that Angel is slowly regaining her strength and her health recovering, Calipay pledged to take her in and care for her like what she did to her other rescued animals.

Calipay plans to make a sanctuary for stray and rescues in Medellin and is now looking for any volunteers who can help her in taking care of these animals.

(I would be happy if someone would volunteer to bathe or walk the dogs who have wheelchairs because I have dogs who are paralyzed. Any kind of help will do because I am starting to put up a hut for the sanctuary.)

If you are near the area and want to help out in taking care of these rescues, you can always give Calipay a message on her Facebook account and start your journey rescuing animals who need our help.