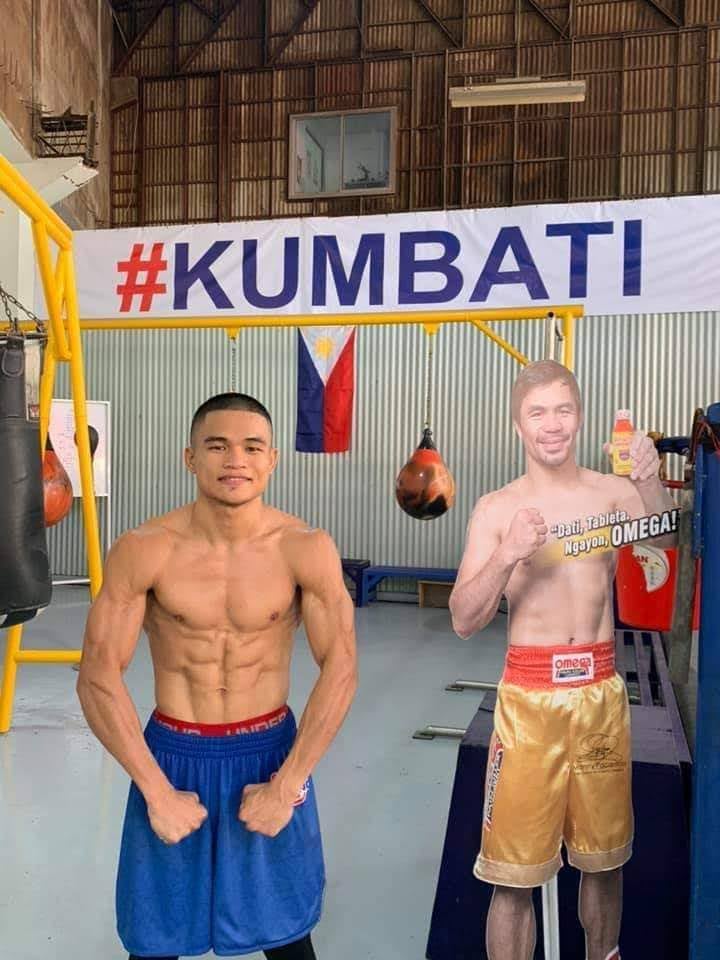 CEBU CITY, Philippines—Pete “Thunder” Apolinar vows to leave no stone unturned in his preparation for the biggest fight of his young career in the main event of “Kumbati 10” slated on July 3, 2021 at the IPI Compound in Mandaue City.

The 26-year-old Apolinar of the Omega Boxing Gym said that he has been waiting for this fight, which he believes will be his stepping stone to get recognized in the international boxing scene.

The proud son of San Pablo, Laguna will fight for the Oriental Pacific Boxing Federation (OPBF) silver featherweight strap against his former stablemate Jess Rhey “Wanman Waminal” Waminal in the main event of the fight card put up by the Omega Pro Sports International and the Omega Boxing Gym.

Apolinar is fresh from beating fellow Filipino Juanito Paredes via unanimous decision in their 10-rounder bout last Mary 27 in Kumbati 9’s main event. He has won night straight bouts and now has a record of 14 wins (8 KOs), and one defeat.

Waminal, who is Apolinar’s former stablemate at the ALA Boxing Gym, holds a similar record of 14-3-1 (win-loss-draw) with eight knockout wins.

Waminal is indeed a dangerous foe. The 26-year old Impasug-ong, Bukidnon native is the reigning interim WBA Asia bantamweight champion. He snatched the title by scoring a ninth-round knockout versus Jin Wook Lim in his first fight abroad in Busan, South Korea in 2018.

Waminal has also fought in China in 2019 against Zhong Liu, where he lost by split decision. His most recent bout was against Indian Sunil Siwach, where he won by unanimous decision in Tagum City, Davao del Norte.

Apolinar has started his training camp at the Omega Boxing Gym under the tutelage of Julius Erving Junco. He said that his training is the same as his previous fights, but he wants to improve on many aspects with his boxing skills.