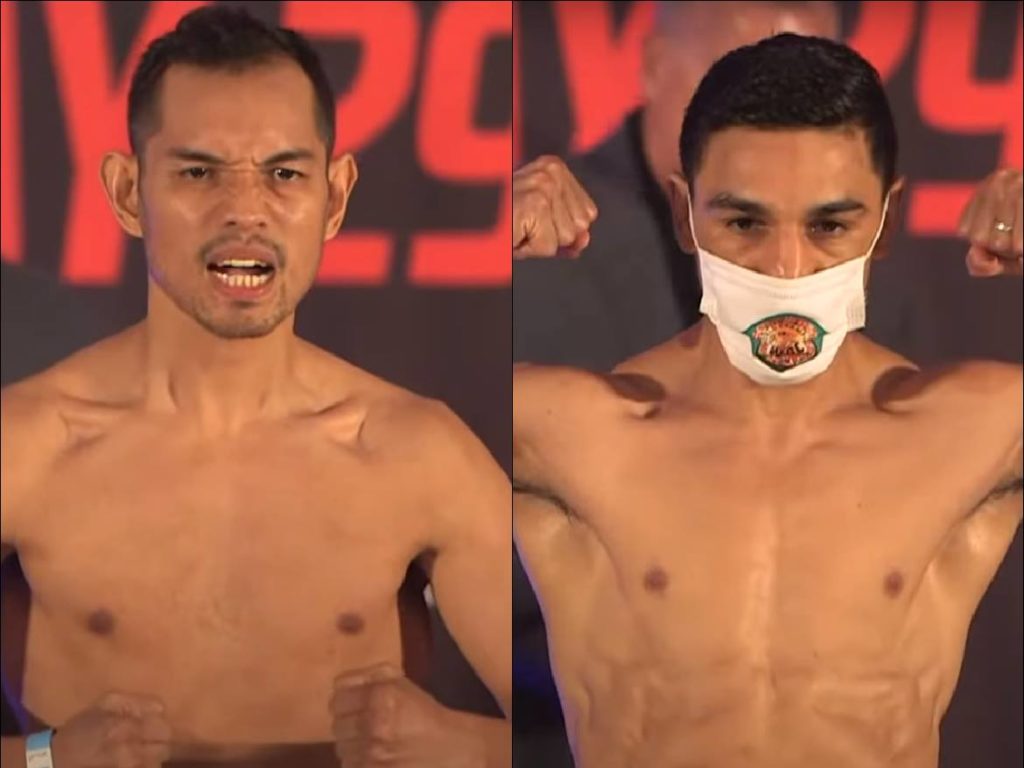 Both boxers displayed tremendous discipline and dedication as they both tipped the weighing scale at 117.6 pounds in today’s official weigh-in to schedule their WBC world bantamweight showdown in the main event of the fight card promoted by Premier Boxing Champions and Showtime Sports.

Their duel will be held at the Dignity Health Sports Park.

The 38-year-old Donaire, a future Hall of Famer will try to defy age as he guns for the younger Oubaali’s world title strap.

If he can defeat the 34-year old French-Morrocan Olympian in Oubaali, Donaire will be the oldest bantamweight world champion in history.

Donaire’s last bout was in November 2019 when he fought valiantly the undefeated Japanase world champion Naoya “Monster” Inoue in Saitama, Japan in the championship round of the World Boxing Super Series.

This will be his third title defense after winning the title versus American Raushee Warren also in 2019.

In comparison, Donaire is taller at 5-foot-7 compared to Oubaali who stands at 5-foot-3. Both boxers have similar reach with Donaire at 68.5 centimeters while Oubaali with 67cm reach.

In terms of experience, Donaire Jr. overshadows Oubaali’s relatively young record. Donaire, one of the Filipino boxing icons has 40 wins with six losses along with 26 knockouts while Oubaali is undefeated at 17 wins with 12 knockouts and has a vast experience in the amateur scene.

He competed twice in the Olympics in 2008 and 2012. He is a bronze medalist in the 2007 world championships and the European Union Championships.

Ancajas thanks guys like Chocolatito, Estrada for bringing attention to super fly divison