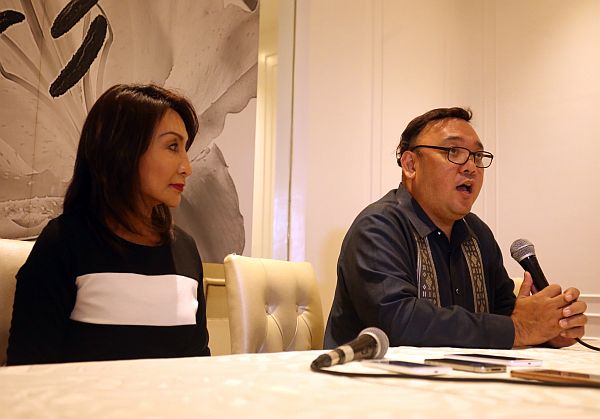 MANILA, Philippines — Presidential spokesperson Harry Roque on Monday denied that he had plans of pressing charges against Cebu governor Gwendolyn Garcia, who he called his BFF (short for best friend forever) for veering away from the national government’s testing policy on returning Filipinos.

Under the protocols set by the Inter-Agency Task Force for the Management of Emerging Infectious Diseases (IATF), returning Filipinos should be tested seven days after their arrival in the country. In Cebu, however, Garcia claimed they have their own set of rules with regards to returning Filipinos in terms of undergoing COVID-19 testing upon arrival.

President Rodrigo Duterte and Garcia are set to meet this Monday to discuss protocols for returning Filipinos in the province.

(It’s hard to file a case against Governor Gwen because first of all, it’s not part of my duty as spox. I only speak as spox.)

Roque further admitted that even if he was given such powers, it would be hard for him to sue his friend.

(Second, even if I have that power, many people know Governor Gwen and I are BFFs, I cannot do that. Maybe another person will do it if needed.)

Roque said he believes the protocol in Cebu was only an “innovation” when the province had no sufficient beds for isolation.

Read Next
Small steps to success