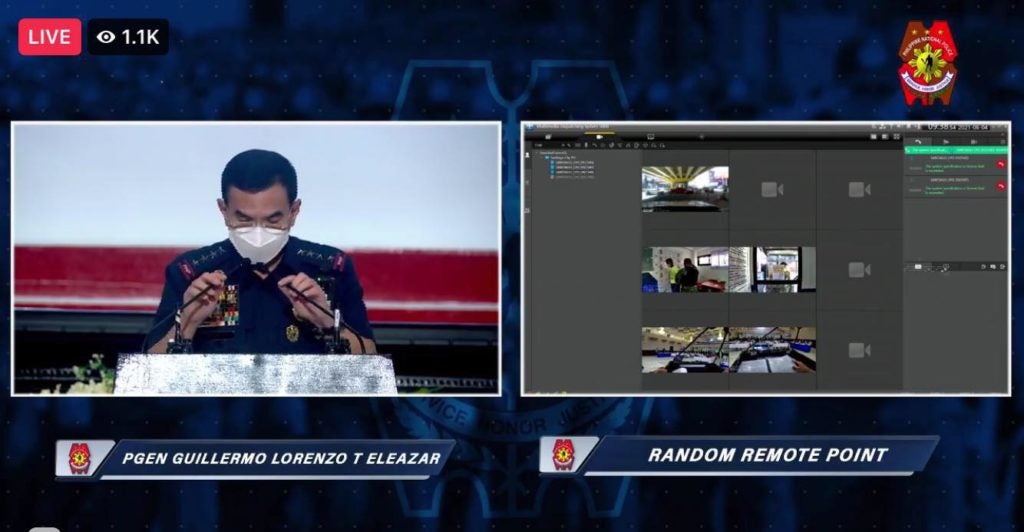 CEBU CITY, Philippines—The use of body cams by our police officers is expected to start this month as the Philippine National Police (PNP) launched the Body-Worn Camera System (BWCS) on Friday morning, June 4, 2021.

“Today, the Filipino people will finally have the eyes and ears in law enforcement and the implementation of peace and order in the country,” Eleazar said in his speech.

The body cams can function for eight straight hours and Eleazar said these should not be turned off since these are monitored by their offices.

Eleazar said the presence of body cameras in policemen will benefit both the police and citizens. This can help minimize police brutality during operations and also help cops if they are accused of  allegations like planting of evidence.

Currently, the chief of police said there are 2,696 body cameras distributed to 171 police units nationwide. They will need 33,000 to 34,000 to equip the entire police force.

The use of the body cams need training and Eleazar said they were already able to train at least 623 police personnel. Training is ongoing for the rest.

Eleazer clarified that they have also set provisions when to use these body cams with regards to the Data Privacy Act.