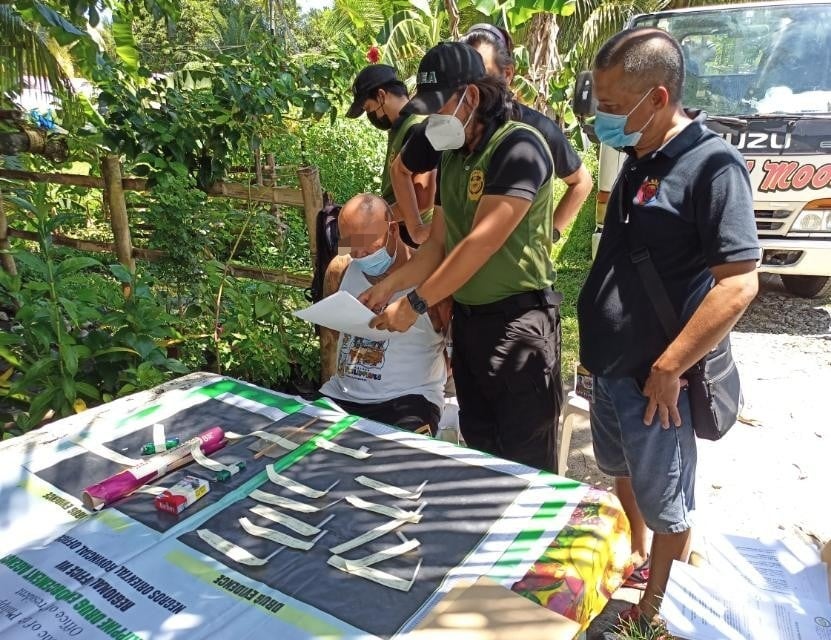 Ranilo Merto, 42, of barangay Giligaon in Siaton town, Negros Oriental, was arrested by PDEA agents with suspected ‘shabu’ during the serving of search warrant against him on Friday morning, June 4. | Photo from PDEA-7

CEBU CITY, Philippines — A 42-year-old incumbent village councilor of Barangay Giligaon in Siaton town, Negros Oriental was arrested this morning, June 4, 2021, with P34,000 worth of suspected ‘shabu’ during the serving of a search warrant against him.

Operatives spent two months in a case build-up against Merto who, they found out, would dispose of his illegal drugs to fisherfolks from the said barangay.

Leia Albiar, PDEA-7 spokesperson, said that the suspect owned a boat used by the fishermen in the area.

She added that operatives confiscated at least 11 packs of suspected ‘shabu’ inside Merto’s house which weighed around five grams with an estimated Dangerous Drugs Board (DDB) value of P34,000.

Albiar added that Merto was considered a High-Value Target (HVT) in the illegal drugs trade and is capable of disposing at least 25 to 50 grams of ‘shabu’ per week in his barangay.

Albiar though, could not yet ascertain how long the suspect was engaged in the illegal drug trade but said that Merto already underwent drug rehabilitation twice adding that the suspect is also a drug user.

She said that this operation is proof that their campaign against illegal drugs does not exempt anyone whether he is holding public office or not.