No Harden, no problem as Nets clobber Bucks 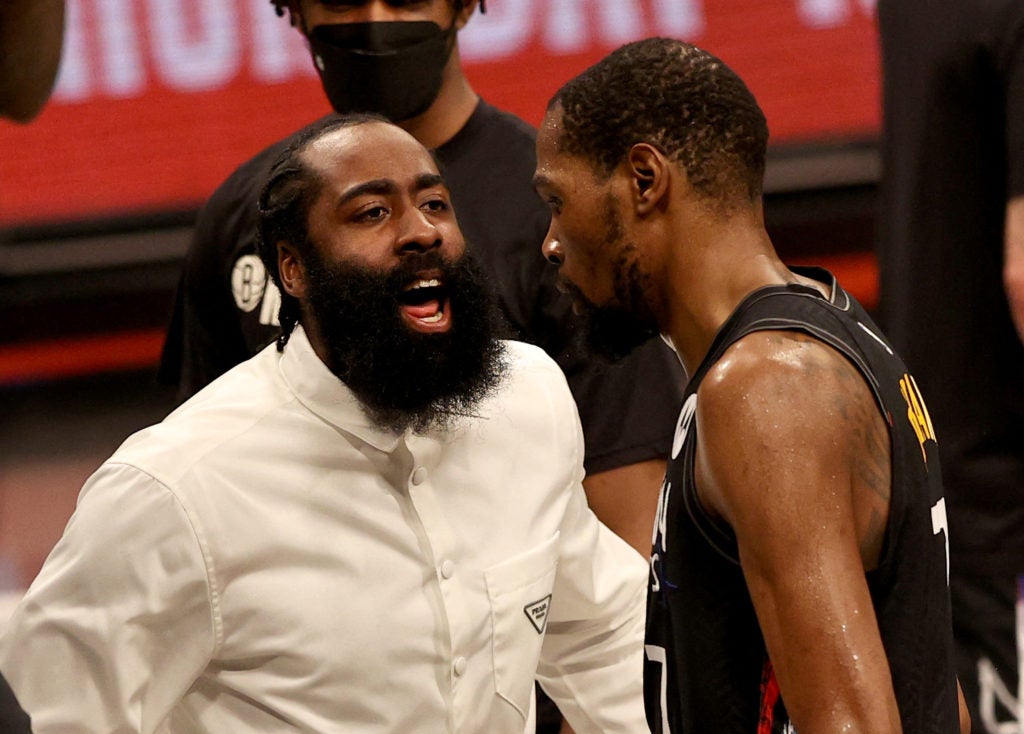 Los Angeles—Kevin Durant had 32 points and six assists as the Brooklyn Nets rolled to their largest win in playoff franchise history on Monday (Tuesday, June 8, 2021, Philippine Time) with a 125-86 beat down of the Milwaukee Bucks in game two of their NBA series.

Kyrie Irving finished with 22 points and four threes while Joe Harris and Bruce Brown each scored 13 for the Nets, who seized a 2-0 lead in the best-of-seven Eastern Conference series.

Durant doesn’t want to settle for anything less than a championship.

“We still got a long ways to go,” he said. “When we play hard together, good things happen.”

The series now switches to Milwaukee for game three on Thursday.

The Nets were missing all-star James Harden with a hamstring injury but it is a situation they have become accustomed to all season long as a string of injuries has limited the time that Durant, Irving and Harden have been able to suit up in the same game. They played just eight games together during the regular season.

Once they got over the initial shock of Harden getting hurt in the first minute of game one, the Nets haven’t looked back in winning both games at home in dominant style.

The Nets led by as much as 49 points in game two. Their 39-point win, in front of a crowd of 15,700 at the Barclays Center arena, is their largest playoff victory ever and the biggest since beating Golden State in the regular season by 41 points, 129-88, on February 2020.

Durant shot 12 of 18 from the field for his fourth 30-point plus game of the playoffs. 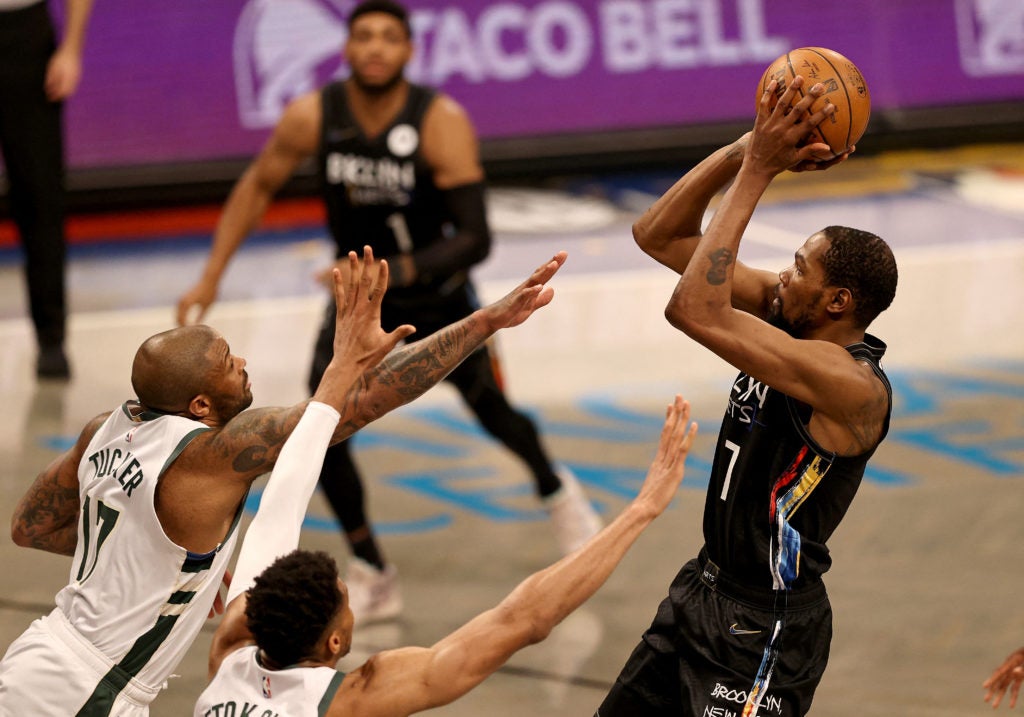 UNSTOPPABLE. Kevin Durant of the Brooklyn Nets takes a shot against the defense of P.J. Tucker and Giannis Antetokounmpo of the Milwaukee Bucks in the third quarter of game two of the Eastern Conference second round series at Barclays Center. Durant went on to finish with 32 points in the game. | Photo by ELSA / GETTY IMAGES NORTH AMERICA / Getty Images via AFP)

Giannis Antetokounmpo was held to just 18 points but still managed a triple double by adding 11 rebounds and 10 assists for the Bucks, who have fallen behind 2-0 in a playoff series for the second straight  season.

Milwaukee lost the first three games to Miami before being eliminated in five games during the second round last season.

Khris Middleton had 17, Jrue Holiday scored 13 and Brook Lopez and Bryn Forbes each scored 10 in the loss.

The Bucks have been let down by their three-point shooting, missing 43 of 57 from beyond the arc in the first two contests.

Read Next
2 Lorega residents nabbed with P360k worth of ‘shabu’