3 rescued from under Forbes Bridge in Brgy Pasil 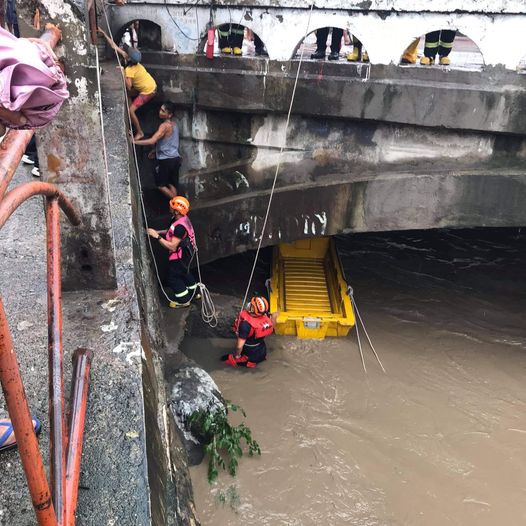 CEBU CITY, Philippines – Three individuals, including a three-year-old boy, were rescued from under the Forbes Bridge in Barangay Pasil when water level started to rise in the area.

Ramil Ayuman, in-charge of the Cebu City Disaster Risk Reduction and Management Office (CDRRMO), said they received a call past 8 a.m. on the presence of three individuals under the Forbes Bridge.

The city’s emergency personnel immediately conducted the rescue operation in coordination with the Bureau of Fire Protection (BFP) and the Barangay Ermita responders.

(They are among the hardheaded individuals who continue to live in the area despite warnings from the city government.)

Ayuman said that Rosalyn Jagbin, 20, and her son, three-year-old Sanji, occupies a makeshift shanty which they built under the bridge.

The third individual to be rescued was their neighbor, Rexan Canonio, 42.

Ayuman said that just like in Barangay Pasil, other water bodies in the city also started to overflow due to the downpour.  These included the T. Padilla, Tejero, Kamputhaw and Lahug Rivers.

But flooding started to subside when the rain stopped past 9 a.m.

As of this writing, Ayuman said, they continue to assess the damage that the early morning rain caused on Cebu City barangays.

Read Next
100 Years of Pangkondisyon