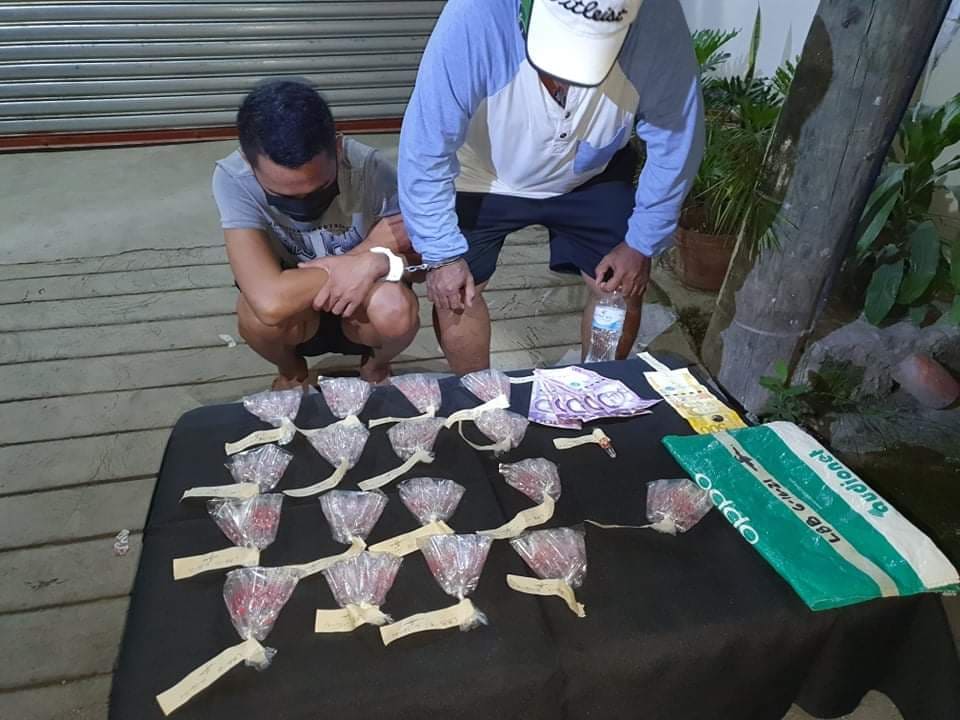 The suspects were identified as Luther Bernal, a 21-year-old resident of Barangay Kasambagan, and Steve Campomanes, 50, a former seaman and a resident of Sambag 1.

Police Major Randy Caballes, head of the intelligence unit of the Cebu City Police Office (CCPO), said that Bernal started engaging in illegal activities more than four months ago and he would operate at the vicinities of Barangays Sambag 1, Sambag 2, and other neighboring barangays.

Based on their intelligence gathering, he can dispose 50 to 100 ampules of nubain per week.

His supplies, Cabbales said, come from a certain Ed who is from Consolacion town in northern Cebu.

Campomanes, on the other hand, engaged in nubain distribution for more than two months already and is operating in Barangay Sambag 1.

Caballes said the suspect can dispose 10 to 20 ampules of nubain per week and would source his supply from a Sambag 2 resident.

Both Bernal and Campomanes were placed under surveillance for two weeks prior to the conduct of the buy-bust operation. / dcb

Read Next
DepEd to push through with August opening of classes