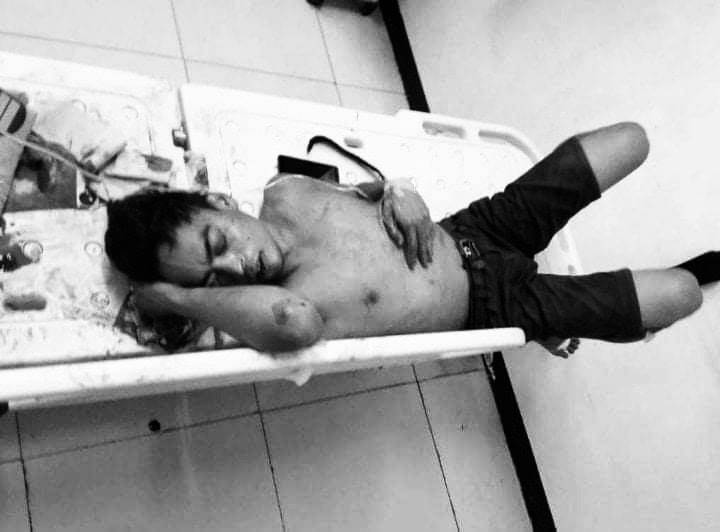 This is a photo of Richard Tunacao, who was injured in a shooting incident at the Carreta Cemetery in Cebu City on Wednesday, June 16, 2021. | Paul Lauro

Cebu City, Philippines—Police are conducting a hot pursuit operation against the suspect in the shooting incident Wednesday morning, June 16, 2021, inside the Cebu Chinese Cemetery in Barangay Carreta here, which killed a still unidentified man and injured another.

Police Major Renz Talosig, chief of the Mabolo Police Station, said they are conducting a hot pursuit against the suspect identified as Manuel Ylaya.

Talosig said they are also waiting for Richard Tunacao, the wounded victim, to recover so they could get information that may help with the development of the case.

Meanwhile, Talosig said that the victim who is around 30-year-old years old, remains unidentified as of this posting.

He added that no one has so far claimed the body at the St. Francis Funeral Parlor.