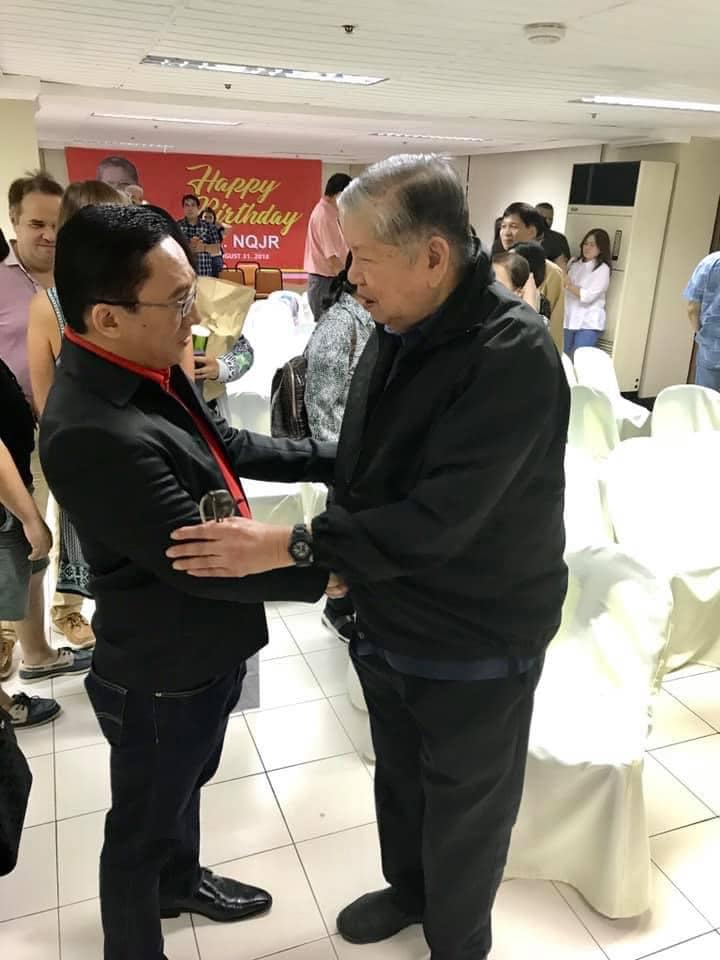 CEBU CITY, Philippines — Cebuano leaders are saying goodbye to the Quisumbing patriarch, Norberto Quisumbing  Jr., who died on Friday evening, June 18, 2021, at the age of 90.

The first information was released by Edward Ligas, the former consultant of Quisumbing, who posted condolences for the passing of the Cebuano businessman.

“Our deepest sympathy and condolences to Quisumbing Family for the passing of my mentor and a visionary business icon, Dr. Norberto Quisumbing Jr. He built a Business Empire known as Norkis Group of Companies and Q-Park for religious pilgrims. Thank you for sharing your intelligence, sharpness, and smartness,” he said in a post on Friday evening.

Although no official statements were released by the family, many Cebuanos have expressed sadness over the death of the businessman that built the Norkis Group of Companies and Q-Park.

He was also the grandfather of former Mandaue City Mayor Luigi Quisumbing.

Mandaue Mayor Jonas Cortes posted on his Facebook page expressing his mourning over the death of his political ally.

“I am deeply saddened by the news of the passing of Dr. Norberto Quisumbing Jr., one of Mandaue City’s treasured son. His contributions to Mandaue’s business and commerce was invaluable and even now, his legacy continues to echo throughout Mandaue.

“I am honored and blessed to have known him personally. He was truly a blessing in my life and to everyone that knew him, with his passing, we will surely miss him. We will never forget his kindness. May God give him eternal rest, and the family the strength to bear the great pain,” said Cortes.

It is not yet clear if his ashes will be brought back to Cebu.    /rcg