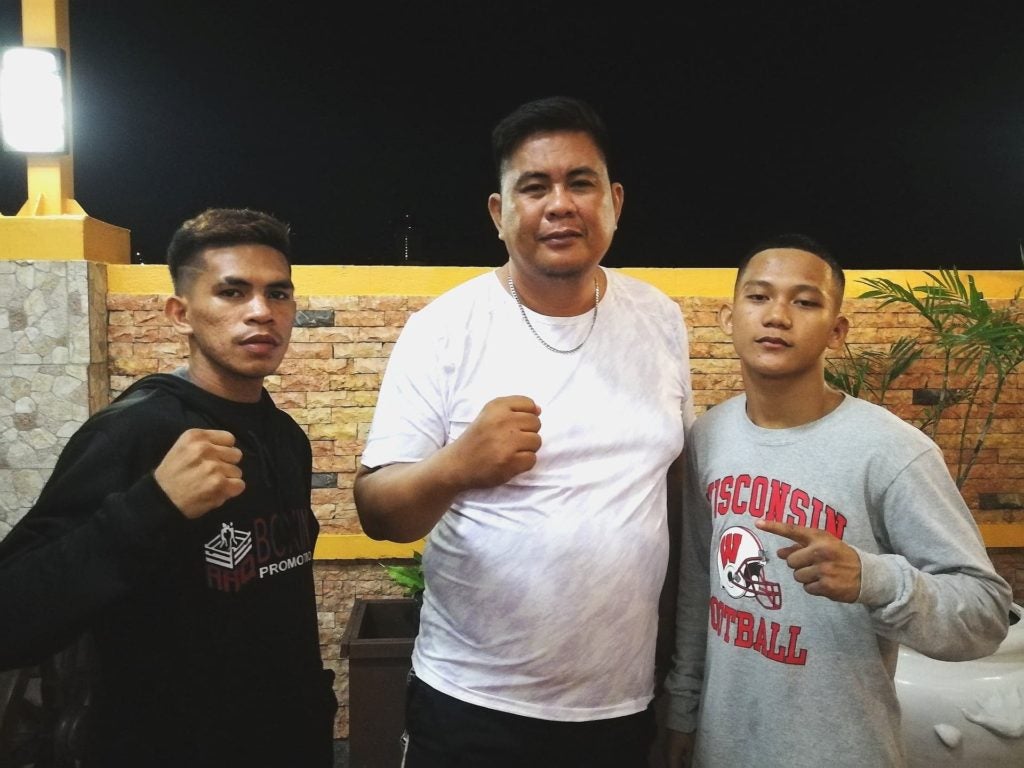 CEBU CITY, Philippines — With grand plans laid out for the ARQ Boxing Stable, two of their banner boxers April Jay Abne and John Paul Gabunilas, vowed to train harder and fight harder on their next bouts.

Last Saturday, June 19, 2021, Abne and Gabunilas impressed boxing fans with their excellent performances in the ring during the maiden fight card of the ARQ Boxing Promotions billed as “Engwkentro Uno” at the Cosonsa compound in Mandaue City.

The 21-year-old Gabunilas of Cebu City perhaps had the most thrilling bout in the fight card after he weathered the first-round knockdown versus Big Yellow Boxing Gym’s Maurino Agum and went on to win the bout via a fourth-round technical knockout.

Agum quit on his stool before the fifth round started due to the barrage of combinations from Gabunilas that inflicted deep cuts and damage all-in-all. Gabunilas improved to four wins with three knockouts along with one defeat.

The ARQ Sports Director Chelito Caro already revealed the grand plans of their boxing promotions and stable, stating that they would continue promoting fight cards this year with the hopes of producing world champions in the future.

Both Gabunilas and Abne will do their best to help their promoters reach their goals.

“I’m planning to improve on my weaknesses which is my speed and my jab. I will do my very best to become a very good boxer because I’m also aiming to become a champion someday,” said Abne.

“I’m very thankful that I have promoters like the ARQ Boxing because they gave me the chance to display my boxing skills aside from providing me the best support.”

Gabunilas also promised his promoters that he would train and fight hard in his next bout.

“I’m so happy that I won that bout, but I was kind of upset with myself because I got knocked down in the second round. I promise that I won’t be very confident and complacent again, and I promise to my promoters that I will train hard for my next fight,” said Gabunilas.

Caro said they were planning to hold three more fight cards this year.