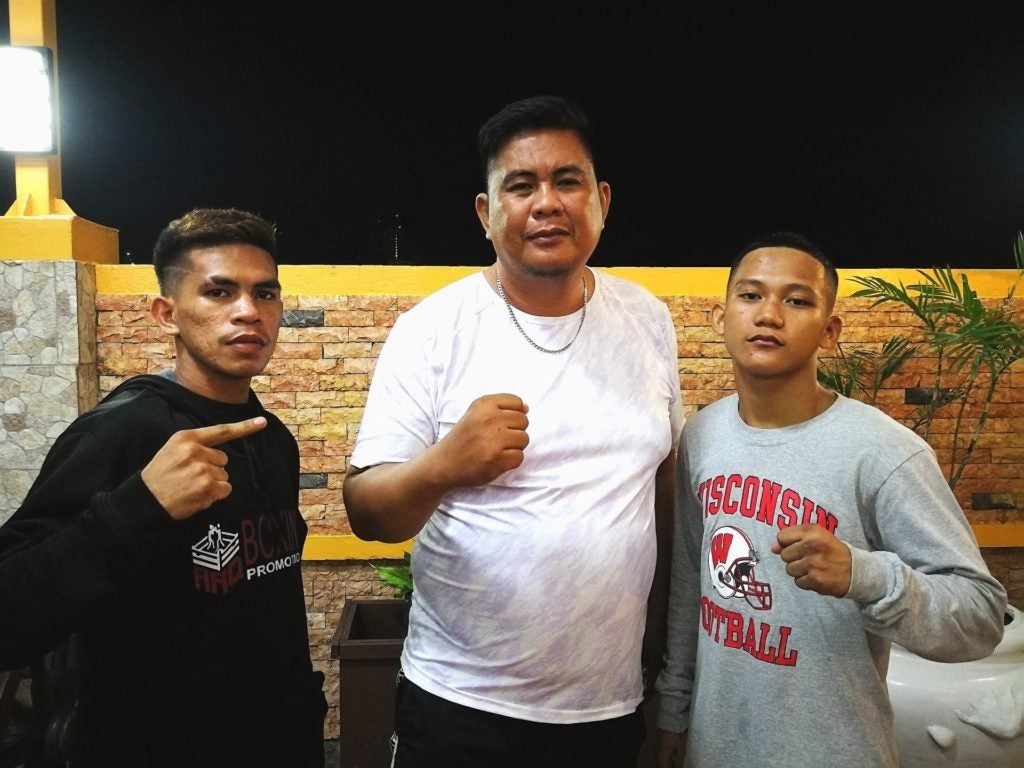 CEBU CITY, Philippines — There is no other way but up and “Engkwentro Dos” is on the works.

This is the path that the ARQ Boxing Promotions and Stable will take after their highly-successful maiden fight card, “Engkwento Uno”, which finally happened last Saturday, June 19, 2021 at the Cosonsa Compound in Mandaue City.

The eight-bout fight card was the first boxing event ARQ Boxing Promotions and stable organized after its establishment just this year.

The ARQ Boxing Sports Director, Chelito Caro is very thankful to the husband and wife tandem of Jason and Eva Mari Arquisola, who founded the ARQ Boxing Promotions and stable which aims to provide livelihood to boxers amidst the pandemic.

(Boxing fans, you watch out, for our boxing stable and promotions because of the successful first fight card we held. We are grateful to the boxing fans for their support and to our promoters Eva Mari Arquisola and Jason Arquisola because of their all out support to our boxers.)

As early as now, Caro already plans to promote “Engkwentro Dos” which is tentatively scheduled on October.

He said that they were planning to promote three more fight cards this year to provide more exposure to their boxers in their pursuit of producing a world champion.

(We will give boxing fans more exciting fights which are even better than the first fight card.)

(Even if it is a pandemic, we are making sure that our boxers will be exposed to good fights. We will do what we can to promote fight cards this year.)

The undefeated Abne (6-0-0, 3KOs) defeated Royder Lloyd Borbon via a third round TKO in the main event.

Gabunilas (4-1-0,3KOs) scored a fourth round TKO versus Maurino Agum in the undercard.

Caro said that he was impressed with both boxers’ performances, but they would need to improve on some aspects.

(They gave an impressive performance and they both have potential. We will make them ARQ Promotions superstars. We will focus on their training so that they can greatly improve.)

If there’s an opportunity, Caro will not think twice to send his boxers abroad, especially if these are title fights.

He said that it was one of the main goals to promote their boxers in big fights abroad.

(That is what our promotions and stable want – to have them discovered. That is one of our purpose and that is for the boxers to fight abroad. We will try our best to help them reach a bigger stage.)

Aside from Abne and Gabunilas, four other ARQ pugs in Ian Abne, Yeroge Gura, and Rodex Piala won their respective bouts last Saturday.

Abne, the younger brother of April Jay, won by a KO versus Marvin Campos while Gura beat Steven Noblefranca by a unanimous decision, and Piala won by majority decision versus Vicente Casido.