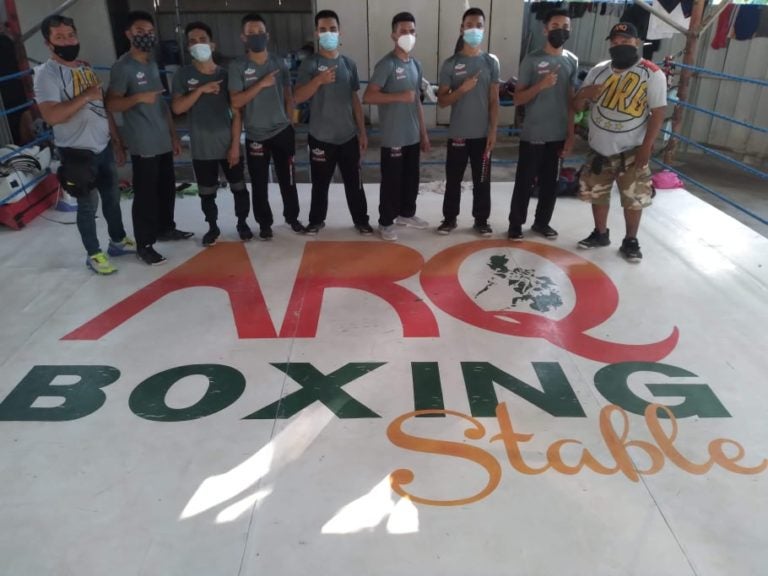 CEBU CITY, Philippines—If there’s one person out there who can assure that the ARQ Boxing Stable’s pugilists are in tip-top shape, it is their chief trainer Eldo Cortes.

Many questions arise regarding the condition of ARQ Boxing Stables’ boxers after their much-awaited maiden fight card was rescheduled three times this year.

Now that they finally found the date and venue of their maiden fight card dubbed “Engkwento Uno” on June 19, 2021, at the Cosonsa compound in Mandaue City, the biggest question is, are the boxers in fighting shape?

Cortes believes they are.

“We always adjusted every time the fight card was moved. I kind of pity my boxers because they always have to shed off weight, but, we’ve successfully adjusted since we were informed of the final schedule ahead of time. Also, as an experienced boxing trainer, I know how to deal with this kind of problem,” said Cortes.

“In fact my boxers are very excited and very ready to brawl in the ring. We will be having our last sparring session this Saturday. Next week, we will just have to maintain their respective weights for the official weigh-in.”

Spearheading the fight card is ARQ Boxing Stable’s banner boxer April Jay Abne, who will put his unbeaten record of five wins and two knockouts at stake against the much experienced Royder Lloyd Borbon of Sultan Kudarat. They will have an eight-round slugfest in the 115lbs division.

“All of the opponents we’ve chosen are tough and experienced. It will surely test every ARQ boxer and it will surely give boxing fans exciting bouts,” added Cortes.

The 22-year-old Abne will face Borbon, an experienced journeyman with a record of 6-9-1 (win-loss-draw) record with six knockouts.

“We called him Mini Pacquiao because he mimics Pacquiao’s moves and punches during the sparring. I’ve already witnessed many times that he outboxed his sparring partners like Pacquiao,” added Cortes.