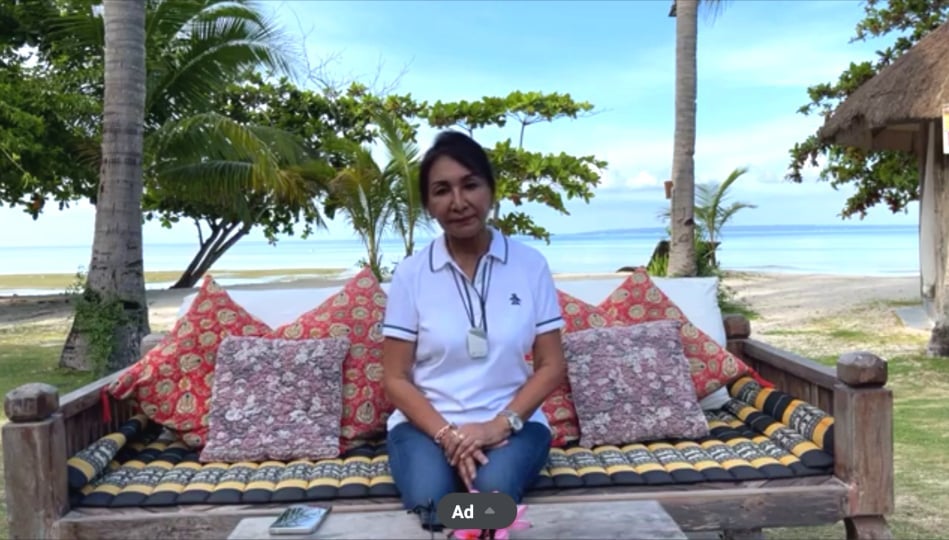 Garcia makes an announcement through a live Facebook video from the the Capitol’s media arm, Sugbo News, on Tuesday, June 22, 2021.

CEBU CITY, Philippines—Barely 24 hours since she issued it, Cebu Governor Gwendolyn Garcia decided to withdraw Executive Order (EO) No. 23 that warned stakeholders here of possible punishment should they violate the Swab-Upon-Arrival ordinance.

Garcia made the announcement through a live Facebook video from the the Capitol’s media arm, Sugbo News, on Tuesday, June 22, 2021.

The governor said she decided to ‘set-aside’ her new directives in deference to statements President Rodrigo Duterte made last Monday, June 21.

But the governor said that the province will still implement the ordinance as they ‘looked forward’ to the scheduled meeting between the Provincial Board and the IATF, including its chairperson, Health Secretary Francisco Duque III this June 28.

“This EO, I am now setting aside in deference to the President even as we look forward to the scheduled meeting this 28th of June with Sec. Duque and the same technical experts who had advised the President last night as regards to the need to implement IATF guidelines (in Cebu),” said Garcia.

“In so doing, even as I set aside EO No. 23, we shall continue with the Swab-Upon-Arrival policy. We have found that doing this gives us better control at those that arrive and already testing positive. This shall continue, at no cost to the arriving OFWs (Overseas Filipino Workers) and ROFs (Returning Overseas Filipinos), even as the 7th day swab be administered,” she added.

In the meantime, Garcia thanked the President for giving assurance to returning Filipinos from overseas that the expenses needed for their hotel stay will be shouldered by the national government.

The Capitol has been at odds with the national government’s anti-COVID task force for weeks over the former’s protocols for ROFs and OFWs.

In particular, experts of the IATF pointed to Cebu’s shorter quarantine period.

The national government requires arriving ROFs and OFWs to be quarantined up to 10 days in an accredited hotel while here in Cebu, only up to a maximum of three days is required if they test negative of the infection.

Garcia introduced this set of protocols last March through EO No. 17, which was eventually adopted into a provincial ordinance and became part of local laws.