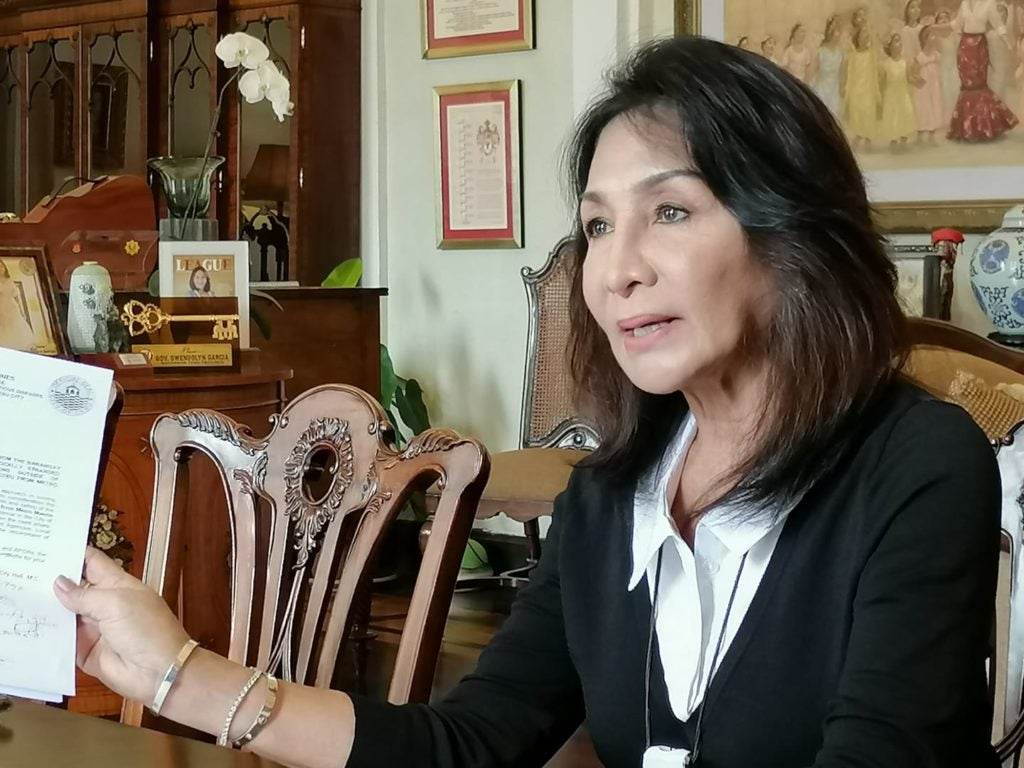 CEBU CITY, Philippines — Cebu Gov. Gwendolyn on Monday, June 21, gave a stern warning to government agencies and stakeholders that they might face administrative and criminal charges should they violate the Swab-Upon-Arrival rule here.

Garcia announced in a press conference on Monday that she had issued Executive Order (EO) No. 23, reminding and warning concerned authorities and hotels tasked to accommodate arriving overseas Filipinos that they must abide by the province’s laws.

“This is a warning to everyone that those who will violate the Provincial Ordinance may be subject to criminal (and administrative) charges… because there is an existing law of the province,” said Garcia.

This developed after what seemed to be another round of clash between the Cebu provincial government and the national government over Cebu’s swab and quarantine protocols that differed those from the IATF (Inter-Agency Task Force for the Management of Emerging Infectious Diseases).

Garcia confirmed to members of the media that incoming Filipino passengers, who arrived at Mactan-Cebu International Airport (MCIA) last Sunday, were not swabbed for COVID-19 tests.

She said airport authorities and even law enforcers reportedly received verbal instructions from IATF members, including Interior and Local Government Secretary Eduardo Año, that swab specimens should be collected on the 7th day only.

The governor added the IATF allegedly told local police here to ensure the passengers, who recently landed would be staying for a total of 10 days in their designated hotels.

As a result, Garcia called for an emergency meeting with representatives from the Central Visayas offices of the Department of Health (DOH-7), Bureau of Quarantine (BOQ-7), Department of Tourism (DOT-7), and the Hotels, Resort and Restaurant Association of Cebu (HRRAC) on Monday.

After the meeting, Garcia then issued and signed EO No. 23.

According to the governor, ‘persons of concern’ can lodge criminal charges for forcing Filipino travelers from abroad to complete the 10-day quarantine in an isolation facility.

“(Violating the ordinance) could expose them to possible charges of illegal detention, serious illegal detention, and kidnapping for holding persons against their will. The only reason you can hold a person in a hotel is if there is an existing law,” said Garcia.

On top of that, violators could face administrative charges for not following the provincial ordinance.

“Let us be reminded that this is still a government of laws and not of men. And as such, in Cebu, there is an existing ordinance which clearly spells out the Swab-Upon-Arrival protocol,” Garcia added.

Under Cebu’s Swab-Upon-Arrival policy, incoming Filipino passengers from abroad will be swabbed upon arrival.

They will only stay a maximum of three days in accredited hotels pending their tests results, and can only be released if they test negative of the infection.

Residents in Cebu will also undergo another round of swab test on the 7th day from arrival, which will be conducted by health authorities of the local government where they reside.