Honesty in the midst of the pandemic 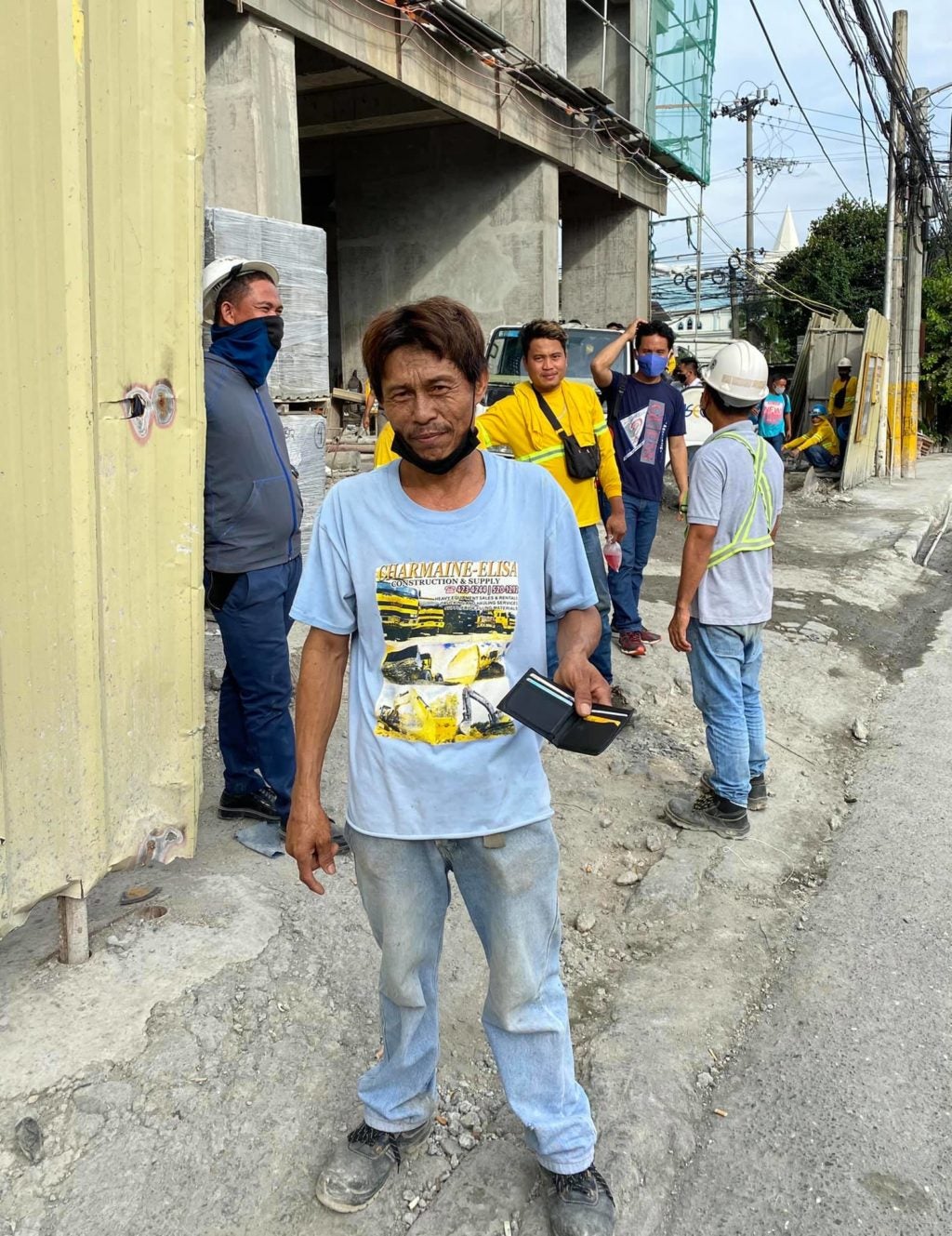 Construction worker Rolando Coro holds up the wallet that belonged to Adonis Marc Balbona, which he found on the street while biking his way back home. | contributed photo

CEBU CITY, Philippines—Adonis Marc Balbona was on his way home when he accidentally dropped his wallet while traveling the streets of Mandaue City last June 9, 2021.

He told CDN Digital that it happened at around 10:11 p.m.

“Something worth to share. On June 9, 2021, I went to a funeral (haya) to show  sympathy to a friend of mine. When I was about to go home, I dropped my wallet,” said Balbona.

“On the road somewhere in Mandaue City. I noticed that my wallet was gone before I got home. Luckily, I still had money in my pocket to pay for my next trip,” he added.

Balbona said he was fortunate that the person who found his wallet was a good Samaritan. He was a construction worker.

He said the sister of the construction worker contacted him to return his lost wallet.

“The day after, I received a message from a stranger. Her name is Marly Coro Polloso. She told me that his brother found my wallet on his way home with his bike in the middle of the night and they wanted to return it. They messaged both my mobile number and messenger. His brother’s name is Rolando Coro, he works as a construction worker,” said Balbona.

He expressed in a Facebook post how grateful he was for siblings Marly and Rolando for their honesty despite this challenging times.

“Their honesty was the most rewarding because we know how difficult life is amidst the pandemic. These two people, Marly Coro Polloso and Rolando Coro, with their pure and hearts of gold, refused the temptation to keep the money and instead did what is right with no hesitation,” said Balbona.

“People like them are hard to find and deserve  recognition,” Balbona added.

Balbona shared his separate conversations with the siblings. He personally visited Manong Rolando in his workplace and gave him a monetary reward as a way of appreciation for his benevolence.

(Sir, why did you pay us when we didn’t expect for any reward? What’s important is that your wallet was returned to you. But thank you for what you gave us even if we don’t deserve it. Sir, you’re welcome because even if it was other people who lost something, the right thing to do is really to return it because we know it’s not easy losing things.)

Balbona was moved by their kindness and encouraged other people to spread the message of his recent experience, saying the world needs “pure and kind-hearted” people like Marly and Rolando.