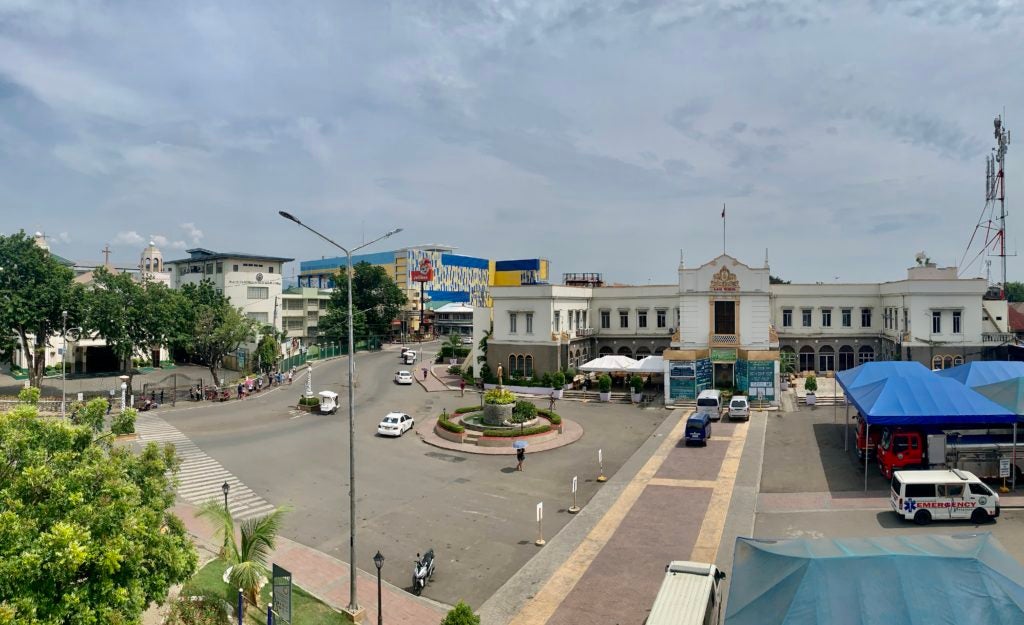 Vehicles will be prohibited to park within the vicinity of the National Shrine of St. Joseph and Mandaue City Hall once the proposed pay parking zones in the city will be approved.  CDN Digital photo | Brian J. Ochoa

MANDAUE CITY, Philippines — The Traffic Enforcement Agency of Mandaue (TEAM) will be proposing to the city council the establishment of pay parking zones in the city.

Edwin Jumao-as, TEAM executive director, said they are now preparing the proposal that will be presented to the TEAM Board before it will be forwarded to the council.

Jumao-as said the office of City Councilor Jimmy Lumapas, chairman of the committee on transportation, has also already made a draft of the plan.

Jumao-as said the purpose of this proposal is to help establishments located at the city core that have no parking areas.

Aside from this, violators of illegal parking could be lessened and the proposal could also generate income for the city.

Pay parking zones will be located in corner of J. Ouano St, SB Cabahug St to R. Colina St., left and right side of Zamora St. near Jollibee, Gomez St beside the National Shrine of St. Joseph., and FB Cabahug St. in Barangay Ibabao-Estancia.

Jumao-as said as of now parking on most of the city’s public roads is considered illegal which has a penalty of P1,000.

Pay parking will be available from 7 a.m to 7 p.m., parking attendants will also be augmented.

He said the flow of traffic will not be affected as the roads identified as pay parking zones are wide.

Aside from this, the proposal will also prohibit parking in front of the City Hall especially near the city’s Plaza.

Jumao-as said parking in the area may hamper the response of the City’s Disaster Risk Reduction Management Office in times of emergencies.

The CDRRMO is located just beside the city hall.

Read Next
Delta variant far stronger than other variants — IATF