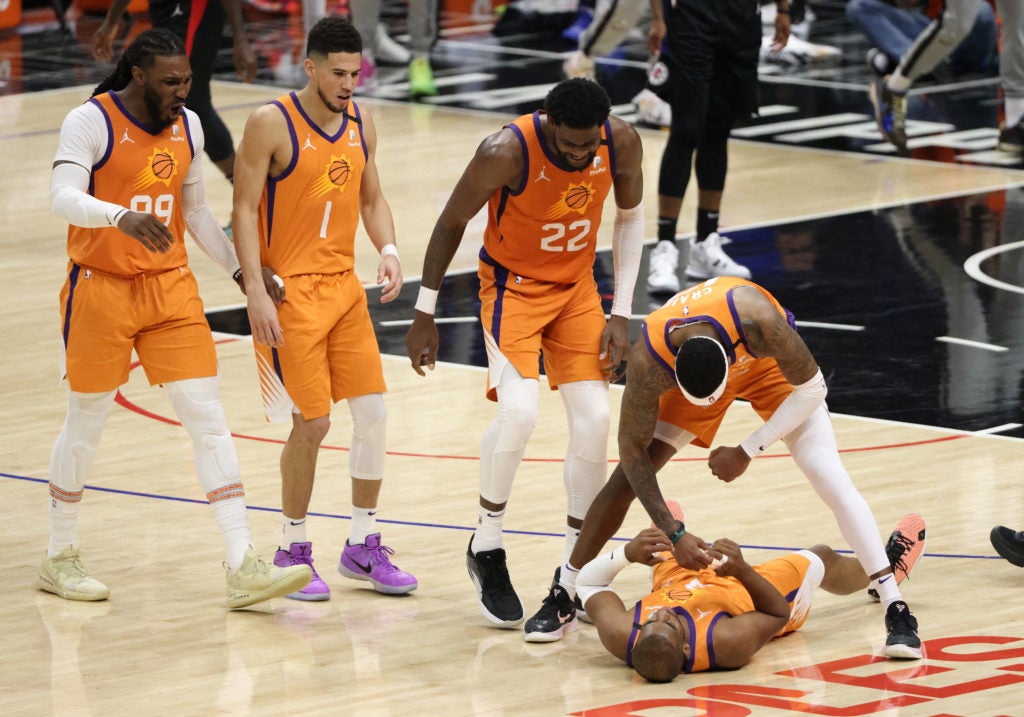 Chris Paul of the Phoenix Suns celebrates a made three-point basket with a foul during the second half in Game Six of the Western Conference Finals against the LA Clippers at Staples Center on June 30, 2021 in Los Angeles, California. | AFP photo

Los Angeles—Chris Paul erupted for 41 points to lead the Phoenix Suns into the NBA Finals on Wednesday (Thursday, July 1, 2021, Philippine time) with a series-clinching 130-103 victory over the Los Angeles Clippers.

The Suns — who squandered the opportunity to wrap up the Western Conference Finals at home on Monday — rebounded at the Staples Center with an emphatic win, taking the best-of-seven series, 4-2.

READ: Clippers down Suns in Game 5

Phoenix will face either the Milwaukee Bucks or Atlanta Hawks in the best-of-seven championship round.

Paul was the architect of the Suns win, the 36-year-old, 11-time NBA All-Star drawing on all of his experience to get Phoenix over the line.

It means that Paul will finally have the chance to shed his tag as one of the greatest players in NBA history to never win a championship.

In 16 glittering seasons in the league, Paul has never reached the NBA Finals in a career littered with near-misses during spells with the New Orleans, the Los Angeles Clippers, the Houston Rockets, Oklahoma City and Phoenix.

The Suns looked to be cruising to victory after jumping into a 17-point lead near the end of the third quarter. 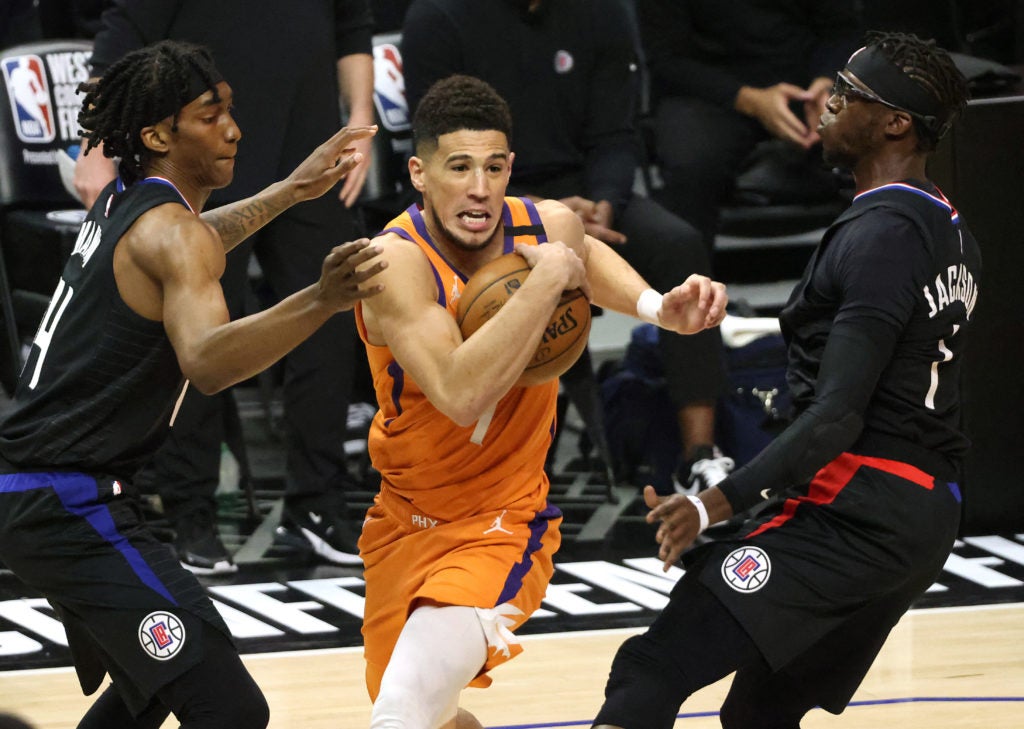 Devin Booker of the Phoenix Suns drives to the basket between Terance Mann and Reggie Jackson of the LA Clippers. | AFP photo

However, the Clippers came roaring back with 10 unanswered points to cut the lead to seven, Nicolas Batum’s three-pointer rousing the home fans into thinking another comeback was on the cards.

However, Paul took that rally as his cue to impose himself on the contest, rattling off eight points without reply to restore a healthy Suns cushion at 97-82.

A four-point play from Paul midway through the fourth quarter took the Suns to a 19-point lead at 111-92, and there was no way back for the Clippers.

Another Paul three-pointer put the Suns 118-92 ahead, and the Clippers Patrick Beverley boiled over — shoving the Suns veteran to the ground and promptly being ejected from the game. 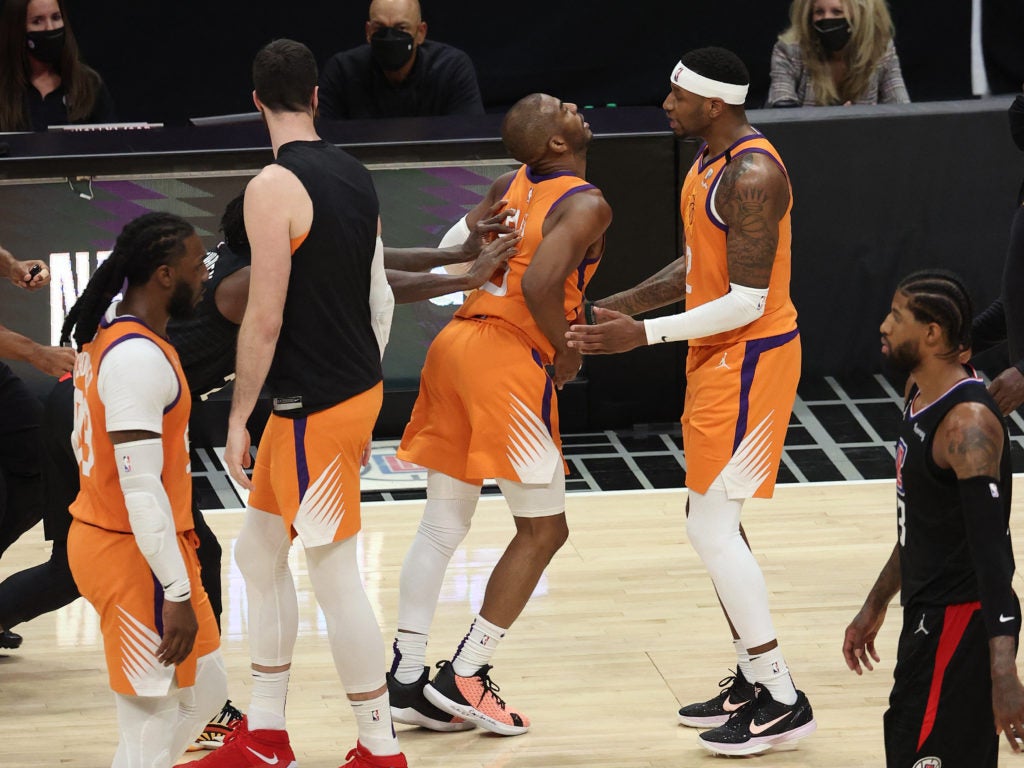 Patrick Beverley of the LA Clippers shoves Chris Paul of the Phoenix Suns from the back during the second half of Game Six of the Western Conference Finals. | AFP photo

Paul’s 41-point effort was backed with double-digit contributions from Devin Booker with 22 points, Jae Crowder with 19 points and Deandre Ayton with 16 points.