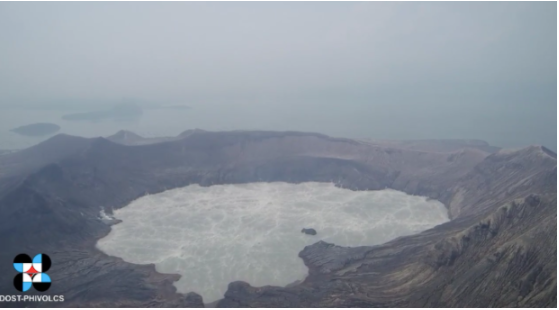 A screenshot of a drone video provided by Phivolcs showing the upswelling of the crater lake of Taal Volcano.

MANILA, Philippines — Taal Volcano’s main crater lake has remained restive, resulting in a volcanic plume that is around 2.4 kilometers high according to the Philippine Institute of Volcanology and Seismology (Phivolcs).

“Active upwelling of hot volcanic fluids of the Taal Main Crater Lake at 7:15 to 7:42 in the morning today, 3 July 2021. Generated plumes rose to 2400 meters above the crater and contributed to vog over the Taal Caldera region,” Phivolcs said in a social media post.

Posted by Philippine Institute of Volcanology and Seismology (PHIVOLCS-DOST) on Thursday, July 1, 2021

“A series of three (3) short phreatomagmatic bursts occurred at 10:25 AM, 10:47 AM, 11:01 AM yesterday and produced short jetted plumes that rose 100 meters above the Main Crater Lake. Active upwelling of hot volcanic fluids of the Taal Main Crater Lake followed in the afternoon,” the agency said in a separate bulletin found on its website.

Likewise, Phivolcs said that Taal Volcano continues to release large volume of sulfur dioxide (SO2) which drifted southwest and north northwest of the volcano.

“High levels of volcanic sulfur dioxide or SO2 gas emissions and steam-rich plumes that rose as much as three thousand (3,000) meters high that drifted southwest and north-northwest were generated from the Taal Main Crater. Sulfur dioxide (SO2) emission averaged 10,254 tonnes/day on 02 July 2021,” they added.

Taal Volcano had a phreatomagmatic eruption Thursday afternoon, spewing ash and other materials around one kilometer high.

This prompted Phivolcs to raise Alert Level 3 over the area, which means some barangays in nearby town of Agoncillo and Laurel in Batangas should be evacuated.

Despite the recent volcanic activities, Phivolcs assured residents that it is not expecting a scenario similar to the volcano’s eruption in January 2020, which triggered an ash fall that reached parts of Metro Manila. 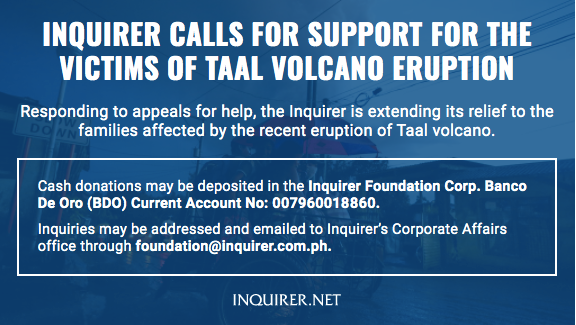