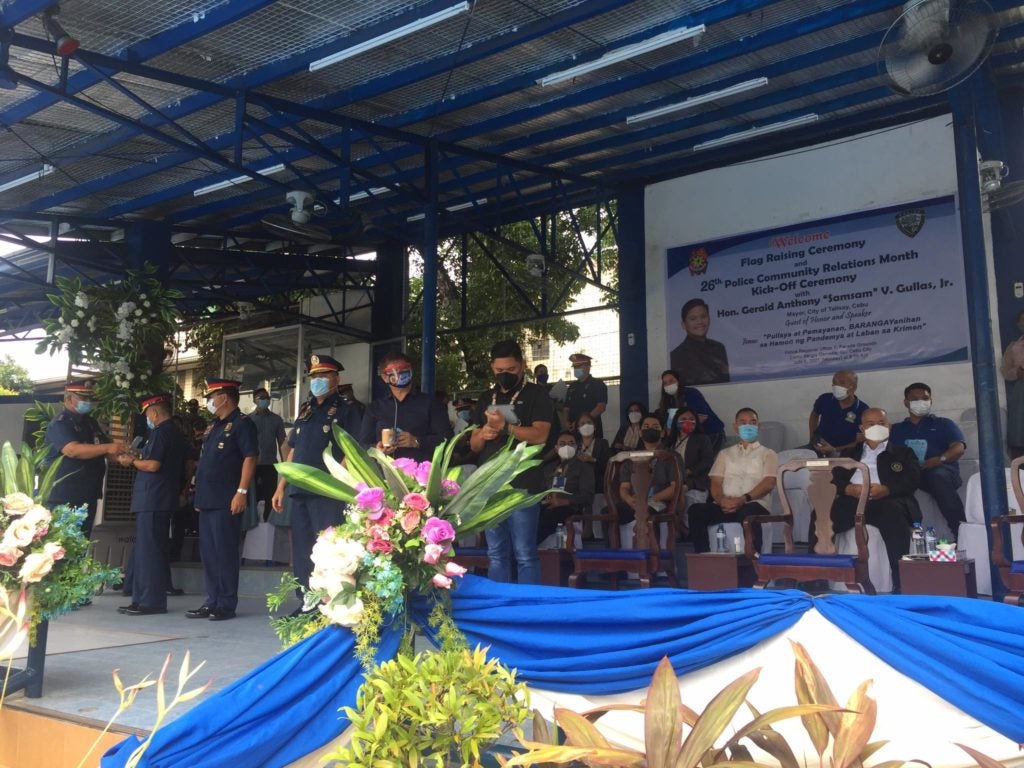 CEBU CITY, Philippines — Regional policemen are focusing on strengthening ties with communities through their Barangayanihan program as they join today, July 5,  in the celebration of the 26th Police Community Relations Month.

Montejo said that this was because he believed that the people were the strongest and most effective partners in helping law enforcers succeed in their duties.

The PRO-7 activities for the celebration of the PCR month included their Barangayanihan, which was sort of a community pantry and gift giving to people in needy communities; and outreach programs to strengthen ties in communities.

The PRO-7 kicked off the celebration with a program with Talisay City Mayor Gerald Anthony “Samsam” Gullas as their guest.

Gullas cited the cooperation of the police, the community and the local government unit as contributing to the city’s successes in the city’s war against illegal drugs.

The success is gleaned in the Talisay City Police Station being named last February as the best performing city police station for December 2020.

Police Lieutenant Colonel Gerard Ace Pelare, the Talisay City Police Station chief, has also recognized the community’s help in the effectiveness of their enforcement of the law.

The PRO-7’s theme for the celebration of the PCR Month is “Pulisya sa Pamayanan BARANGAYanhian sa Hamon ng Pandemya at Laban sa Krimen.”

Aside from the PRO-7 with their barangayanihan thrust, the Cebu City Police Office and the Cebu Police Provincial Office have also started their own kick-off of the PCR celebrations.

The CCPO launched their Kasaligan sa Kabataan program last July 2, as their way to celebrate the PCR month.

The Cebu City poliemen aimed to win the children’s hearts and to change their mindset so that they would fall prey to illegal drug peddlers.

Earlier that day on July 2, the Cebu Police Provincial Office also kicked off their celebration of the PCR Month with focus on activities involving the water.

Police Colonel Engelbert Soriano, CPPO director, said that they would focus on “water activities” like planting mangroves and scubasurero as a way to win the hearts of the community and at the same time help clean the sea.

With this, here are some photos of the PRO-7 kickoff of their PCR Month celebration: 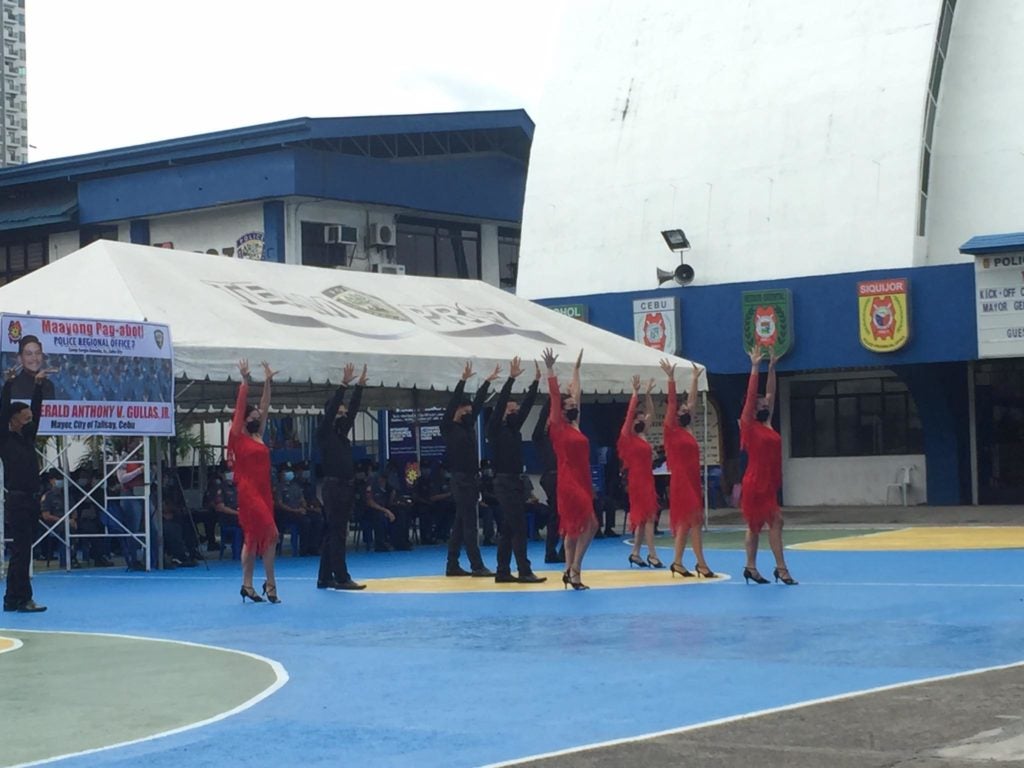 A dance number from the PRO-7 is part of the program in the kick off activities of the PRO-7’s celebration of the Police Community Relations Month today, July 5. | Pegeen Maisie Sararaña 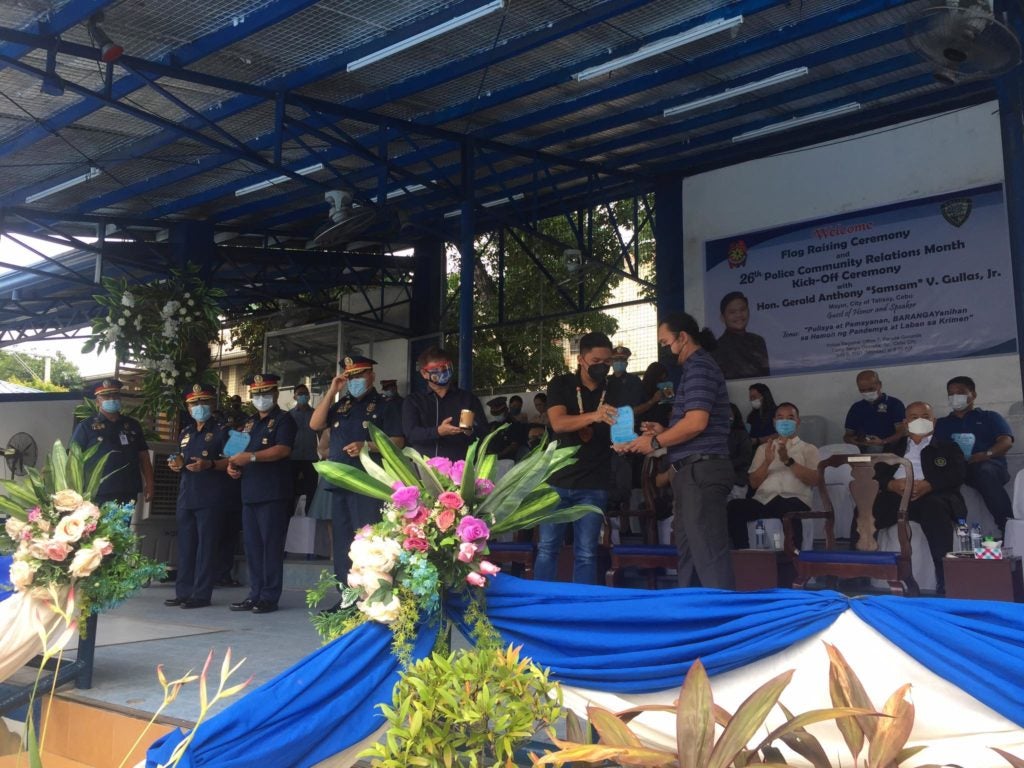 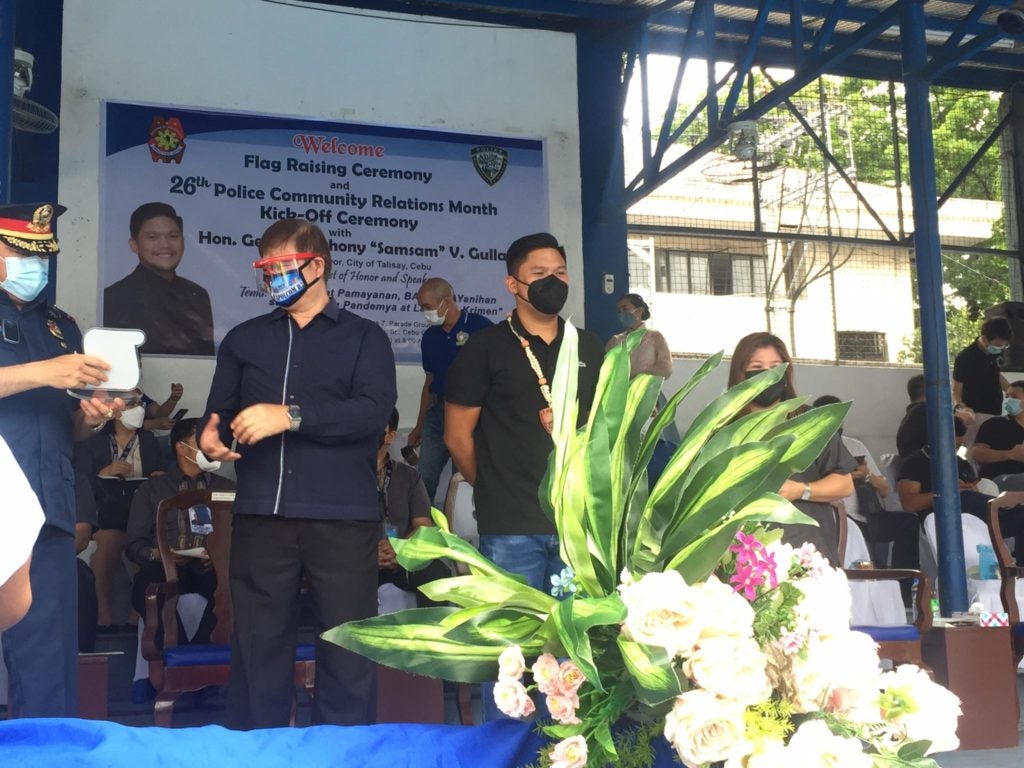 Talisay City Mayor is the PRO-7’s guest during the kick off activities of the police agency’s PCR Month. | Pegeen Maisie Sararaña