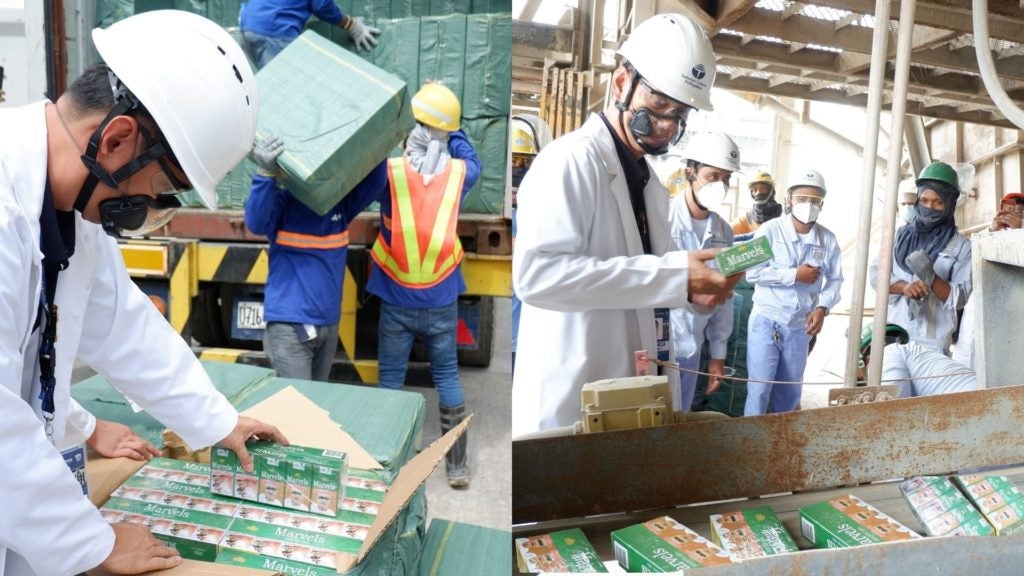 | photos from BOC Port of Cebu

MANDAUE CITY, CEBU – The Bureau of Customs Port of Cebu destroyed over P90 million worth of smuggled and counterfeit cigarettes that were shipped to Cebu from China last month.

The 1,804 master cases of cigarettes were destroyed on Wednesday, July 7, at the Taiheiyo Cement Philippines Inc. (TCPI) facility in San Fernando town.

In an advisory, the Bureau of Customs Port of Cebu said that the smuggled items arrived here in two separate shipments in June and were declared as table panels, cabinets, and chairs.

“We have partnered with TCPI for the use of its facilities in compliance with Commissioner Rey Leonardo B. Guerrero’s directive to dispose forfeited cigarettes through burning in the furnaces of cement plants,” says Marc Anthony Patriarca, the Deputy District Collector for Operations.

Patriarca was joined by Auction and Cargo Disposal Chief Ronald Morillo and representatives of the Assessment and Operations Coordinating Group, Customs Intelligence and Investigation Service, and Enforcement and Security Service in supervising the condemnation process.

Representatives of Japan Tobacco International and Phillip Morris Fortune Tobacco Corporation were also present to personally witness the destruction of the counterfeit cigarettes.