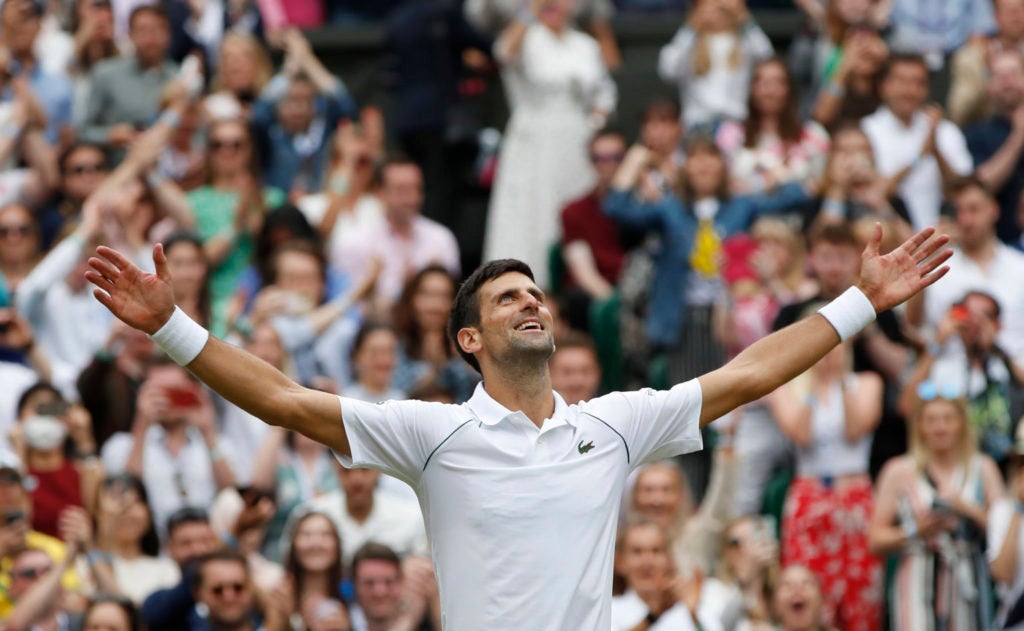 Novak Djokovic said Sunday he considers himself the “best player” after winning a record-equalling 20th Grand Slam title but refuses to anoint himself as the “greatest of all time”.

If he wins a fourth US Open in September, he will become the first man since Rod Laver in 1969 to complete the calendar Grand Slam and just the third in history.

“I consider myself best and I believe that I am the best, otherwise I wouldn’t be talking confidently about winning Slams and making history,” said Djokovic.

“But whether I’m the greatest of all time or not, I leave that debate to other people.

“I said before that it’s very difficult to compare the eras of tennis. We have different racquets, technology, balls, courts. It’s just completely different conditions that we’re playing in, so it’s very hard to compare from 50 years ago to today.

“However, I am extremely honored to definitely be part of the conversation.”

Despite his caution, Djokovic knows he has time and momentum on his side.

At 34, he is a year younger than Nadal and has the best part of six years on Federer who turns 40 in four weeks’ time.

Federer made a quarter-final exit at the All England Club.

Eight of Djokovic’s 20 Slams have been won since he turned 30.

He has also won seven of the last eight Grand Slam finals he has contested, with his only defeat in that time coming against Nadal at the French Open last year.

Goran Ivanisevic, the 2001 Wimbledon champion and now part of Djokovic’s coaching team, insists there is “no debate” over who is the greatest.

“For me, it was over a long time ago. Between these three guys, 60 Grand Slams.

“It’s unreal. For me, not because I’m here, before I was a member of the team, for me he was the best.

“If he wins the US Open, I think it’s over. He wants to win more. But for me, Novak is the biggest ever. I don’t even have to debate about that.”

There was a time when it was believed Pete Sampras’s total of 14 majors would never be bettered.

But Federer went to 15 Slams with victory in the 2009 Wimbledon final and reached 20 at the 2018 Australian Open.

Djokovic was on 12 Slams at that stage. Since then, he has also passed Federer for total weeks as world number one.

“I probably started thinking about trying to reach the record of most Grand Slams won, most weeks at No. 1 historically, probably about two to three years ago,” said Djokovic.

“Before that it seemed a little bit out of reach. I’ve always kind of believed that I could play my best tennis in Grand Slams and give myself a good chance to win any slam really on any surface because I know what I’m capable of.

“But only the last two-and-a-half, three years I started to realize that actually I can reach the most weeks of No.1s, which was my primary goal actually in the last two years, and also Grand Slams.”

Djokovic, Federer on list of players for Tokyo Olympics

Djokovic, Federer, Nadal: Who’s the greatest of them all?